Mason Greenwood has welcomed the comparisons with former Manchester United striker Robin van Persie, hailing the Dutchman as an ‘all time great’.

Gary Neville was one of the first people to notice the similarities between Greenwood and Van Persie, who fired United to their last Premier League title in 2013.

Greenwood made a big impact in his first season since stepping up from the youth side to the first team in the 2019-20 campaign and Neville likened his style of play to Van Persie following his goal in a 3-0 home win over Brighton, saying: ‘He reminds me so much of Robin van Persie when he cuts in on that left foot off that right side. The composure, the technique.’ 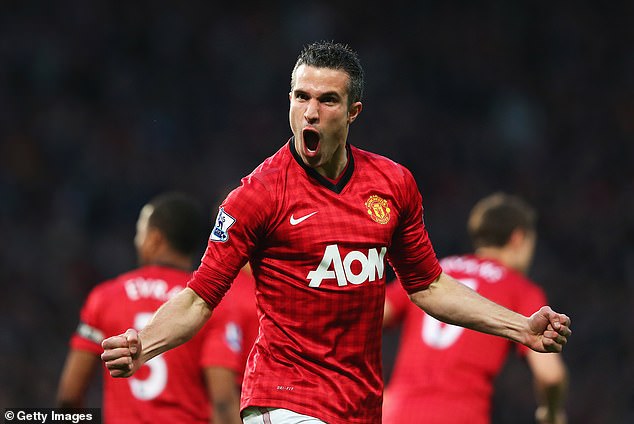 Greenwood said Van Persie, who fired United to their last league title, was ‘an all-time great’

Greenwood, who is preparing for his third full season with United, was asked about the comparison with the former Netherlands striker in a question and answer session with the club’s official website and took it in his stride.

‘It’s nice if people think I play like him and shoot like him a little bit. For an all-time great like him, it’s nice to have that little thing that people say,’ he said.

Van Persie was a parting gift for Alex Ferguson when he signed from Arsenal for £24m in the summer of 2012 on the back of his best ever campaign with the Gunners, in which he scored 30 league goals.

United had just agonisingly missed out on the title to Manchester City on goal difference but Van Persie was an instant hit, scoring 26 times as they romped to the title in April. 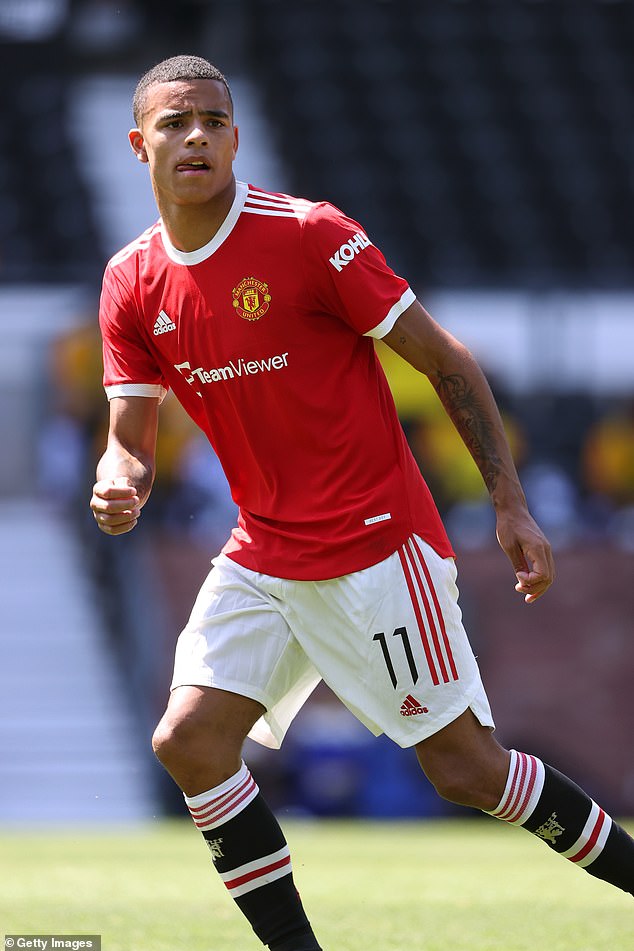 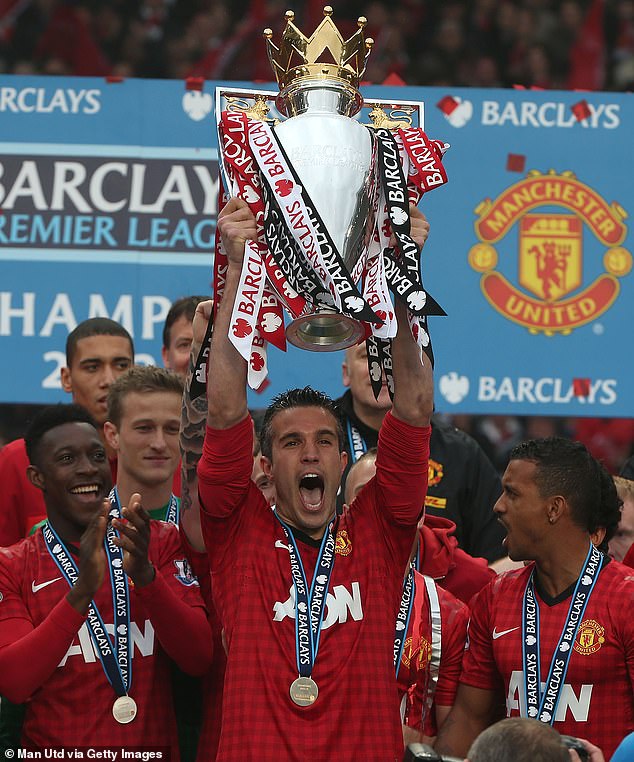 The Dutchman fittingly had a starring role when United clinched the title, bagging a fifirst-half hat-trick in a 3-0 win over Aston Villa at Old Trafford in the last trophy they won under Ferguson and the last league title they have lifted.

Greenwood added: ‘I used to watch him at United and obviously at Arsenal as well. He’s a good quality striker. I’ve watched a lot of football games and a lot of Premier League strikers and obviously pick up a few things and watch a few clips. It’s a nice little comparison.’

Greenwood, 19, still has some way to go to emulate Van Persie’s goal haul, having netted seven times last season and 10 the year before.

He referred to his ability in cutting in from the wing which Neville raved about, saying it has led to him becoming even stronger with his left foot after starting out his career favouring his right.

‘When I was going back, I was not as strong as on the other foot and now think my left foot is a bit stronger, cutting in from the right.’