A mob of angry residents beat a man to death before handing him over to the police, who were searching for him after he allegedly raped and murdered a nine-year-old girl in northern Argentina.

Video footage posted on social captured the shocking moment José Guaymas was being kicked while he was lying on the ground Wednesday evening in the San Miguel de Tucumán town of El Manantial.

Authorities had been looking for the 25-year-old who was accused of killing Abigail Riquel on Saturday.

Tucumán Regional police chief Ricardo Fresneda told Los Primeros TV that as many as 500 people participated in beating Guaymas, who was naked and unconscious when officers arrived at the scene. Some of the residents reportedly tried setting Guaymas on fire while others attacked him with machetes.

Argentine newspaper Perfil reported that Riquel was given permission by her parents to visit another girl’s home for a playdate Saturday approximately at 9am, but never returned home.

Abigail Riquel was reportedly raped and murdered Saturday in San Miguel de Tucumán. The nine-year-old girl was allowed to visit a neighborhood friend’s home for a playdate before she disappeared 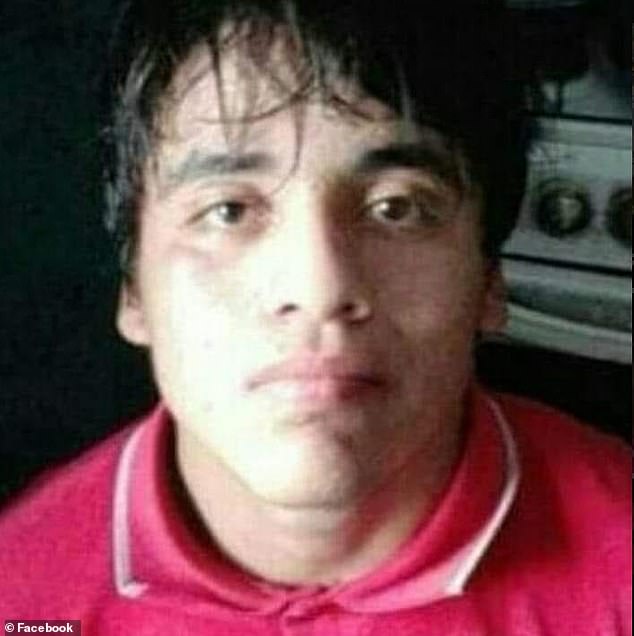 José Guaymas (pictured) was being searched for by authorities in San Miguel de Tucumán for allegedly raping and murdering nine-year-old Abigail Riquel on Saturday. The 25-year-old was beaten to death Wednesday evening by an angry mob of some 500 people 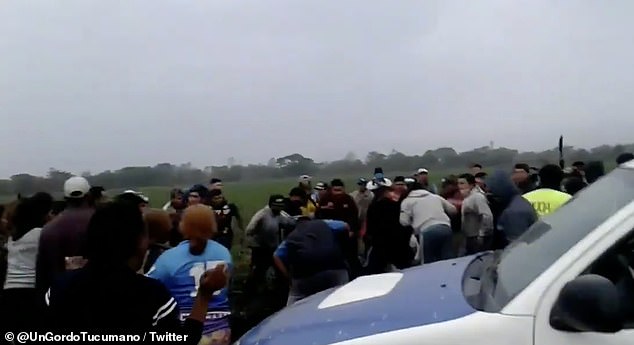 Witnesses told authorities that Riquel was last seen walking with Guaymas, who was holding her hands.

The defenseless girl’s body was found naked on a vacant lot in the village of Villa Muñecas about 1,000 feet from her home. Riquel’s head was covered with dirt and her clothes were found scattered on the ground.

A source with knowledge of the investigation told Infobae that Riquel tried to escape from Guaymas as he attempted to choke her to death. He later hit her over the head with a pile of hardened soil. 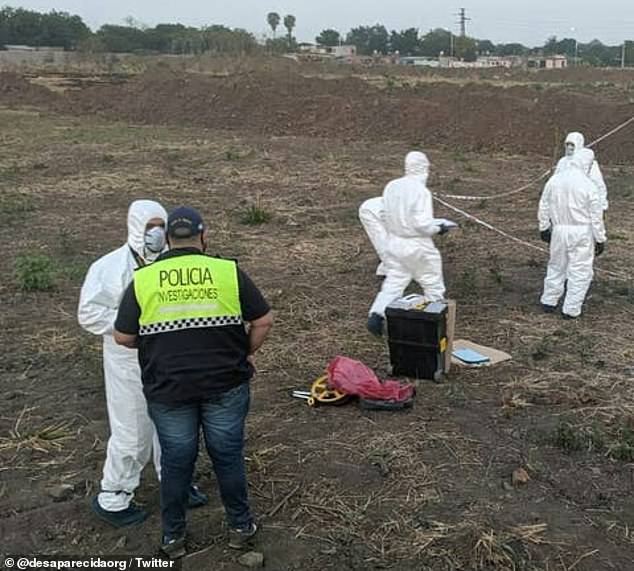 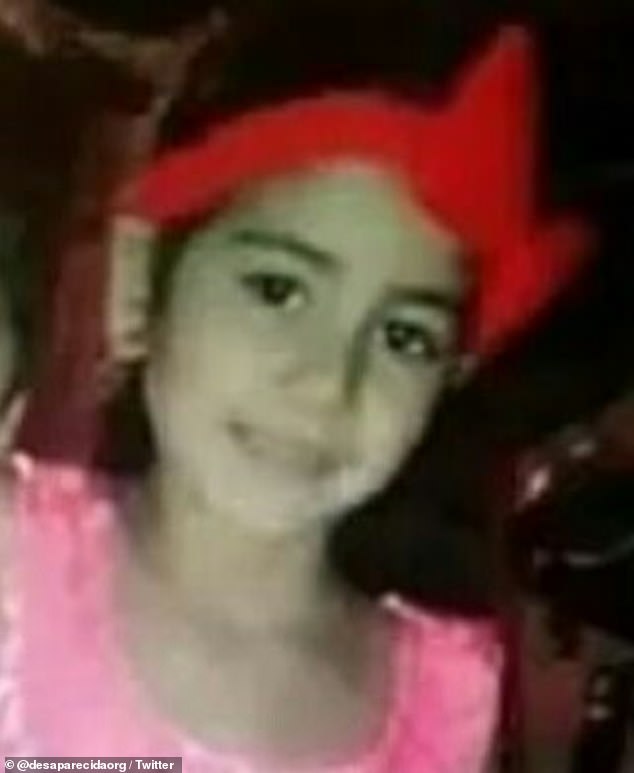 Abigail Riquel’s body was found at a vacant lot in the village of Villa Muñecas about 1,000 feet from her home in San Miguel de Tucumán, Argentina 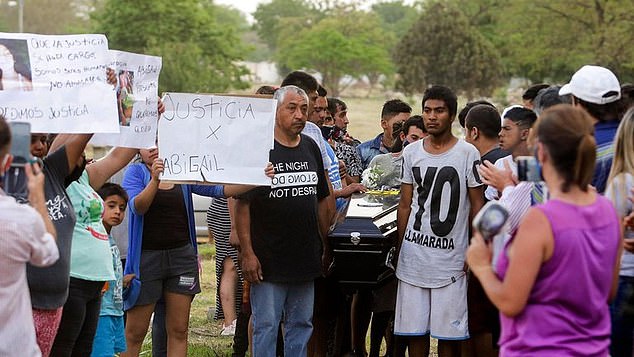 Friends and family members attend the burial service for Abigail Riquel, a nine-year-old girl who was reportedly raped and murdered Saturday in the northern Argentina city of San Miguel de Tucumán

Guaymas was released from prison last Wednesday after serving a sentence for robbery and reportedly tried to hang himself at his home.

A lawyer for Guaymas had contacted the prosecutor’s office Monday to arrange the suspect’s voluntary surrender and avoid Guaymas’ suicide.

‘He always threatened his mother and was always on drugs a lot,’ a neighbor told local news outlets in San Miguel de Tucumán. ‘I never trusted him because he spent his life on drugs. I was scared that something would happen to my three-year-old daughter.’ 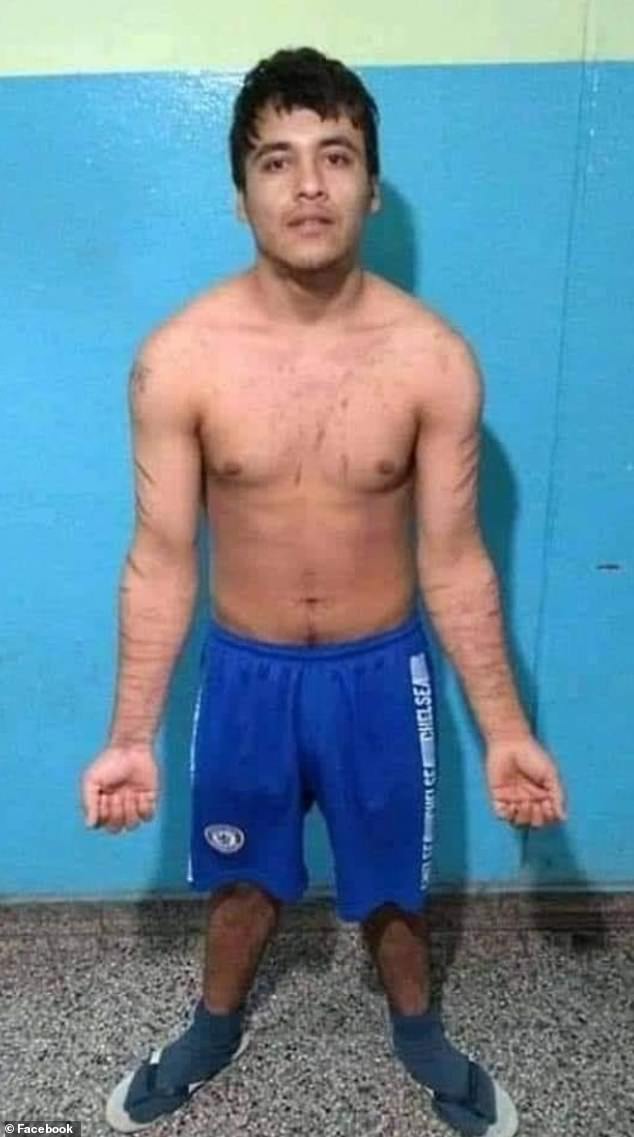