Man City’s wait to find if they face a Champions League ban will be prolonged further, with their Financial Fair Play case now set to be discussed next month.

UEFA’s investigation into potential breaches of FFP has been referred to the Club Financial Control Body (CFCB), who are expected to sit at the end of January.

Sportsmail understands a meeting of the CFCB’s adjudicatory chamber scheduled for December was postponed, delaying a conclusion.

Manchester City’s FFP case has been referred to the CFCB, who are set to sit at end of January

There is not yet any concrete indication as to whether City will be sanctioned with a European ban following damaging allegations published by Der Spiegel via leaked documents last year.

The Court of Arbitration for Sport recently rejected an appeal by City to half the UEFA investigation.

City’s attempt to have it thrown out was deemed ‘inadmissible,’ given the legal process was ongoing and that CFCB had not determined any punishment, if any, would be applied if they were found guilty. 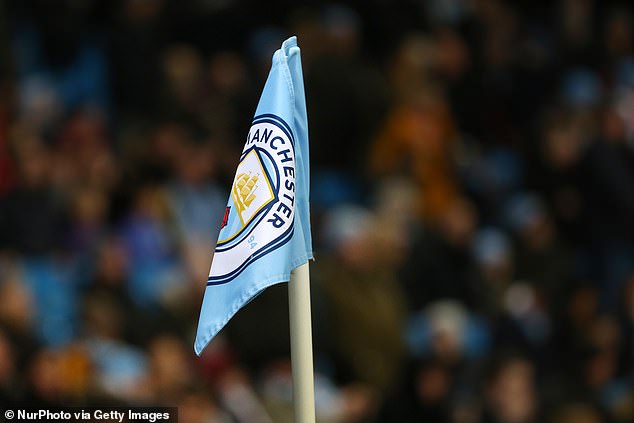 The Premier League champions registered their displeasure when their case was referred to the CFCB.

‘Manchester City is entirely confident of a positive outcome when the matter is considered by an independent judicial body,’ a statement read. ‘The accusation of financial irregularities remains entirely false.

‘The decision contains mistakes, misinterpretations and confusions fundamentally borne out of a basic lack of due process and there remain significant unresolved matters raised by Manchester City as part of what the club has found to be a wholly unsatisfactory, curtailed, and hostile process.’