Gary Neville and Phil Neville might not have had the best time as coaches at Valencia but they proved a lucky charm on Tuesday night.

The former Manchester United defenders travelled to the Johan Cruyff Arena in Amsterdam along with another team-mate from their time in the north west to take in their game against Ajax.

And the Spanish side managed to win 1-0 to reach the knockout stages of the Champions League.

David Beckham was also part of the group, with the former United and England midfielder posing for a group shot with his old friends.

Beckham’s best friend David Gardner was also part of the group that went out to Holland to take in the game.

The United trio were clearly given special treatment by Ajax as they went behind the scenes throughout the day.

The younger Neville brother even put another photo on his Instagram story of them with Edwin van der Sar, Ajax’s chief executive officer. 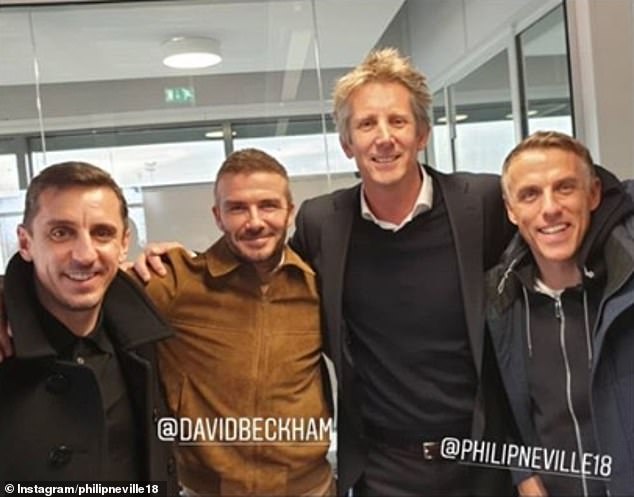