It has come to be regarded as the ultimate Eurosceptic text.

But Margaret Thatcher had to walk a tightrope when she delivered her landmark Bruges speech in 1988, newly-declassified files reveal.

Drafts and surviving notes indicate some parts were watered down to avoid offending Europeans, while in other places the prime minister strengthened the criticism of Europe.

Margaret Thatcher had to walk a tightrope when she delivered her landmark Bruges speech in 1988, newly-declassified files reveal

Notes on her speech on the future of the continent reveal she wanted to call for a ‘United Europe but not European Union’.

The notes add: ‘National provincial cultures v important – must not be lost.’

The reference was removed after Mrs Thatcher was advised that her remarks ‘might prompt Jacques Delors the European Commission president to make some unhelpful comments’.

She was warned: ‘He will of course be in the front row of the audience, and is scheduled to speak about ten minutes after the conclusion of the prime minister’s speech.’

There is also a suggestion in the notes that Lady Thatcher removed the word ‘socialism’ from her speech, which argued against EU federalism, to avoid offence.

Chris Collins, of the Margaret Thatcher Foundation, said: ‘The Bruges speech contained a famous phrase warning against the imposition of a European super-state, but it did not use the word “socialist” to describe it.

‘Anyone knowing Margaret Thatcher’s mode of thinking would suspect that there was a deliberate act of restraint here, because this was precisely what she meant by socialism.’ 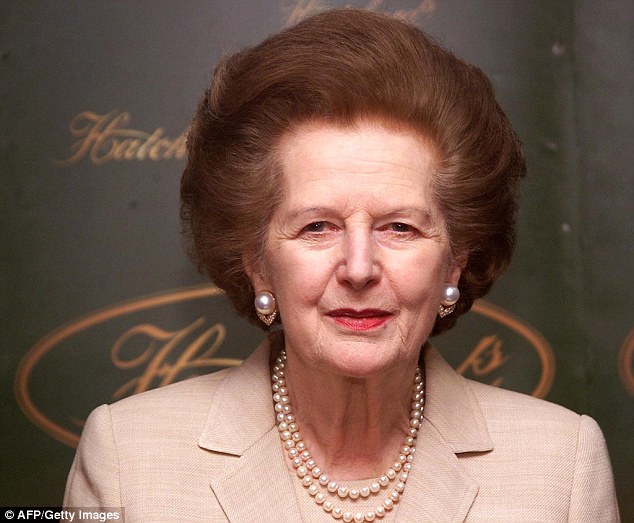 She removed remarks that may have offended Jacques Delors, the European Commission president

Mr Collins argued that Lady Thatcher never intended the Bruges speech to be a Eurosceptic text.

‘Bruges was taken as Thatcher bashing Europe and, actually, when you look at it, that’s a bit too simple,’ he said.

‘It is still true, as a historical fact, that this begins the trend towards a more Eurosceptical outcome.

‘It’s not a predetermined outcome of course, no one knows where this is going, and I think you can add to that that it’s partly the reception of the speech that determines this. When you give a speech, what you intend to do and how people take the speech are obviously different things.’