Mark Salling’s family knew the actor was suicidal and told police in Los Angeles as much when they reported him missing six hours before his body was found.

The 35-year-old’s body was discovered at 9am near a riverbed in Sunland on Tuesday morning by police who were in the area on an unrelated matter.

He had been dead for hours by the time he was found and was likely already dead when his distraught relatives called 911 to report him missing at 3am after not hearing from him or seeing him since 11.30pm the previous night.

The aftermath of that phone call was revealed on Tuesday in an audio of the police dispatch which was issued afterwards.

A recording of it was obtained and published by The Blast after Salling’s death.

Mark Salling is pictured with his mother Condy Sue in March 2016. The actor’s worried family called 911 to report him missing six hours before his body was found. They told police he was suicidal and depressed

In the recording, a law enforcement officer is heard repeating the description of Salling that he received.

He started by describing the ‘black long sleeve shirt and black pants’ that Salling was wearing, then said: ‘Suffers from depression and is suicidal.’

Salling was six weeks away from being sentenced for child pornography possession when he died and had attempted suicide multiple times before.

According to law enforcement sources cited by TMZ on Wednesday, his relatives said there had been ‘several’ attempts.

One was in August last year when he slashed his wrists. For weeks afterwards, he stepped out wearing long sleeves to cover his arms.

‘His mom was his biggest defender. She didn’t want to believe any of it. 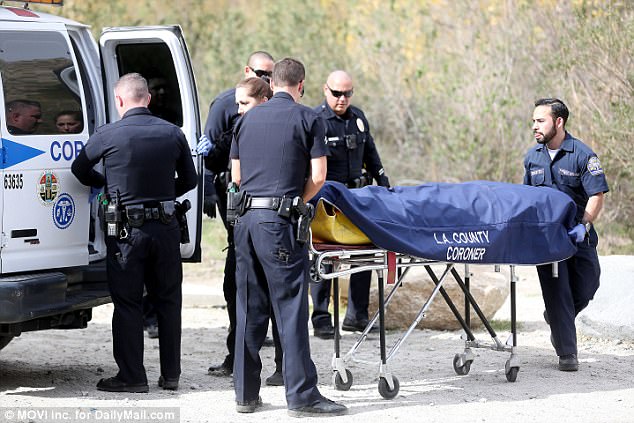 Salling’s body was found in Sundland, California, on Tuesday at 9am by police who were in the area. They spotted his car and matched it to the missing person’s report his parents had filed earlier. When they stepped down towards the riverbed, they found his corpse 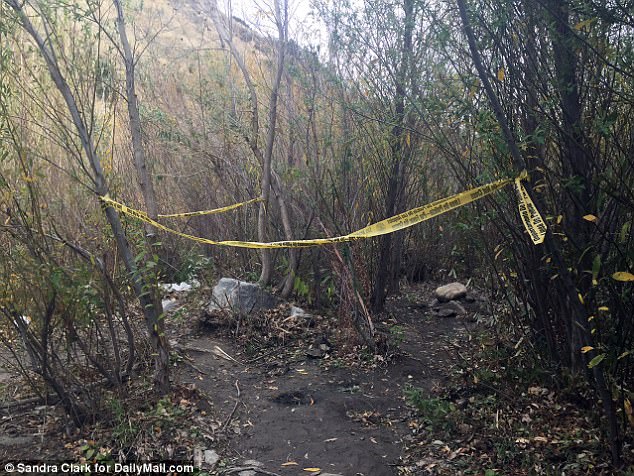 The actor’s body was found in a dried up river bed, through a wooded area close to a little league baseball field in Los Angeles, California on Tuesday. Pictured, police tape ropes of the scene where Salling was found 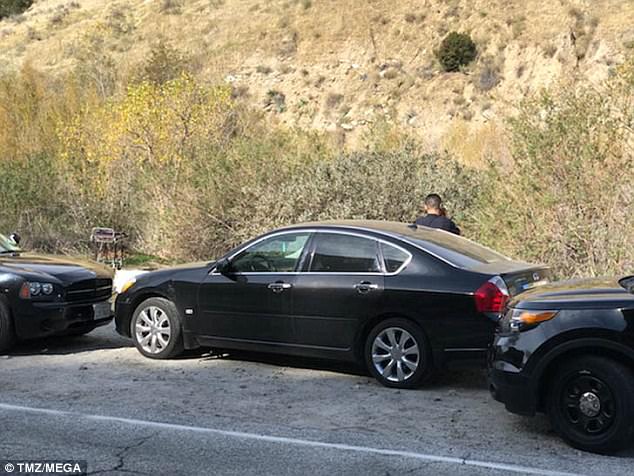 Salling’s black Nissan Infiniti was parked at the side of the road, near the riverbed where he was found. Police found the vehicle by chance while they were in the area on an unrelated matter. They ran checks on the plates before finding his body nearby 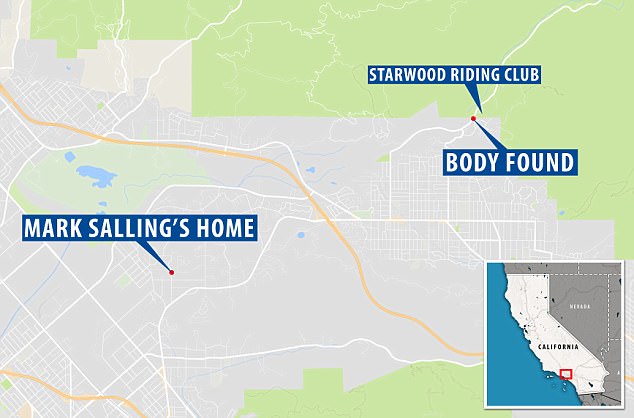 Salling had not been seen or heard from since 11.30pm on Monday night

‘When she saw the evidence, her heart was broken,’ one friend, who did not want to be named, told US Weekly.

The family released a statement through Salling’s lawyer Michael J. Proctor after news of his death on Tuesday emerged.

‘I can confirm that early this morning. Mark was a gentle and loving person, a person of great creativity, who was doing his best to atone for some serious mistakes and errors of judgment.

‘He is survived by his mother and father, and his brother. 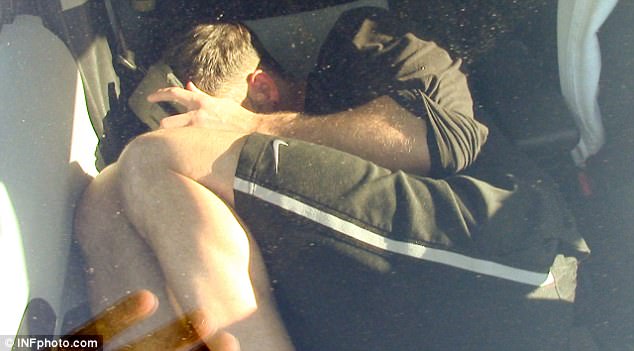 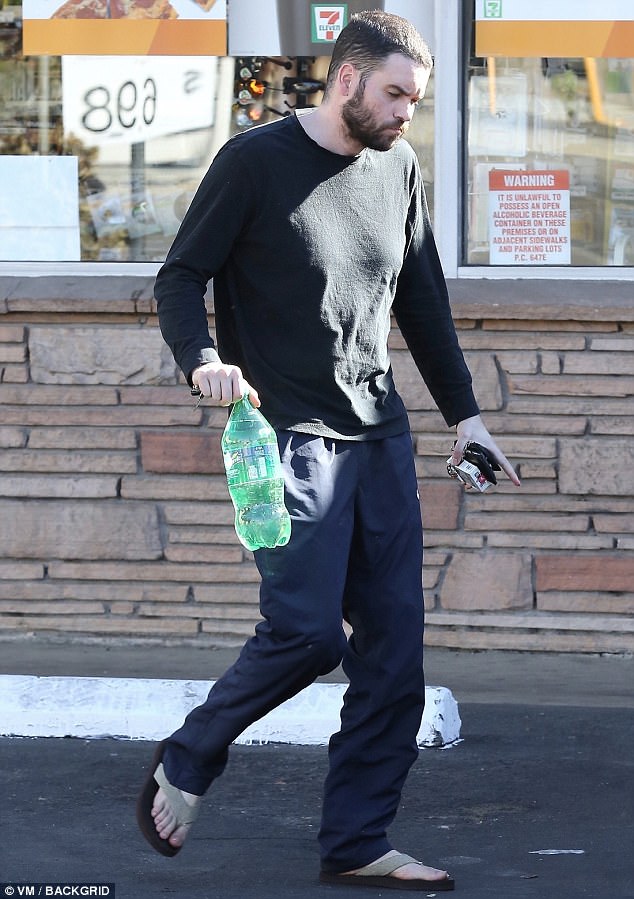 Salling was photographed wearing the same clothes he wore for weeks back in October, while he was out buying cigarettes and soda at his local 7-11 store. The photographs were taken after an apparent suicide attempt 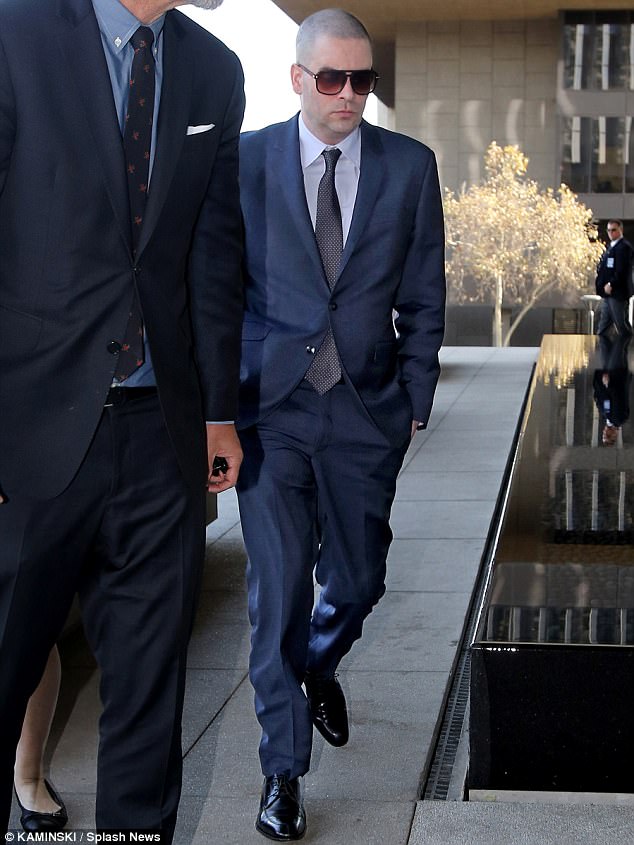 Former Glee star Mark Salling is pictured outside court in December where he pleaded guilty to possession of child pornography. It was the last time he was seen in public

‘The family appreciates the support they have been receiving and asks for their privacy to be respected,’ he said.

Salling had accepted a plea deal which would have seen him jailed for between four and seven years.

As part of that deal, he was also required to pay his victims $50,000 each to the children who were seen being abused in the material he possessed.

His suicide robs them of that money. Now, their only hope of receiving the money is by suing his estate.

It is not clear how many children were shown in the tens of thousands of pictures and videos which Salling possessed. 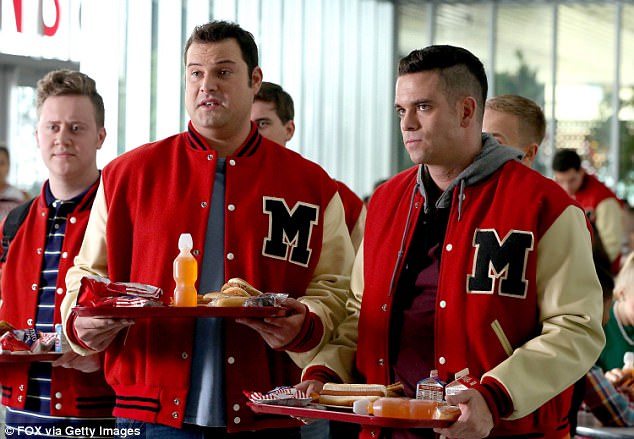