That’s one way to get over your husband! Married At First Sight’s Poppy Jennings kisses a mystery man after watching her own WEDDING at a bar – confirming split from Luke Eglin

Married At First Sight’s Poppy Jennings has confirmed her split from ‘husband’ Luke Eglin after being caught kissing another man last week.

The mother-of-two, 38, locked lips with the mystery man at a screening of MAFS’ season premiere at The Icon bar in Wollongong on February 3.

FIFO worker Luke, 39, was nowhere in sight as Poppy and the dark-haired stranger kissed and cuddled in the middle of the crowded venue.

That’s one way to get over your husband! Poppy Jennings kissed a mystery man at a public screening of Married At First Sight’s season premiere in Wollongong on Monday, February 3

Poppy held a drink in one hand while seductively draping her arms around her male companion as they kissed under the moonlit sky.

Tellingly, she was not wearing her wedding ring.

At one point, Poppy was seen giggling and swatting away the man’s hand after he moved it from her waist to her backside. 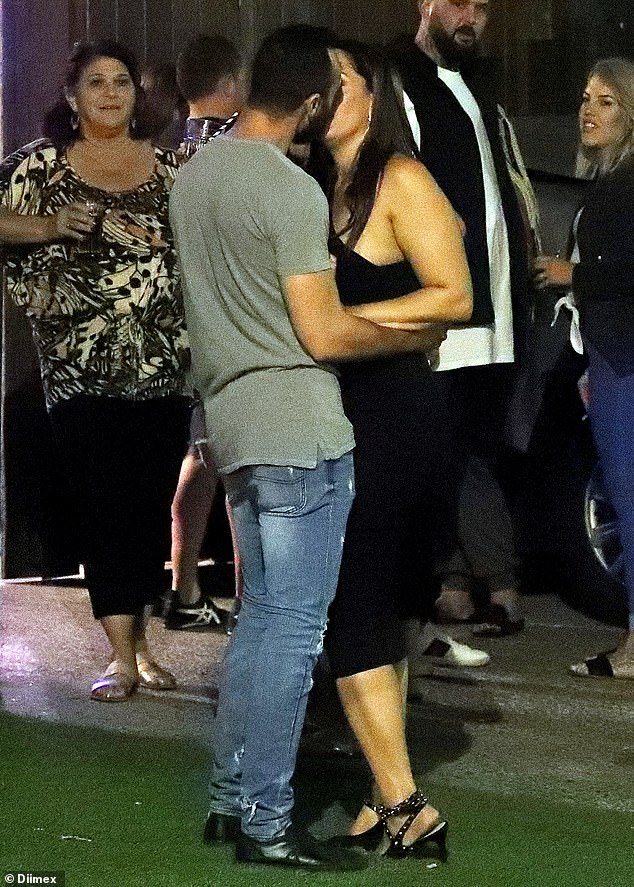 Look away now! Poppy’s ‘husband’, Luke Eglin, was nowhere in sight as she kissed and cuddled the dark-haired stranger in the middle of the crowded venue 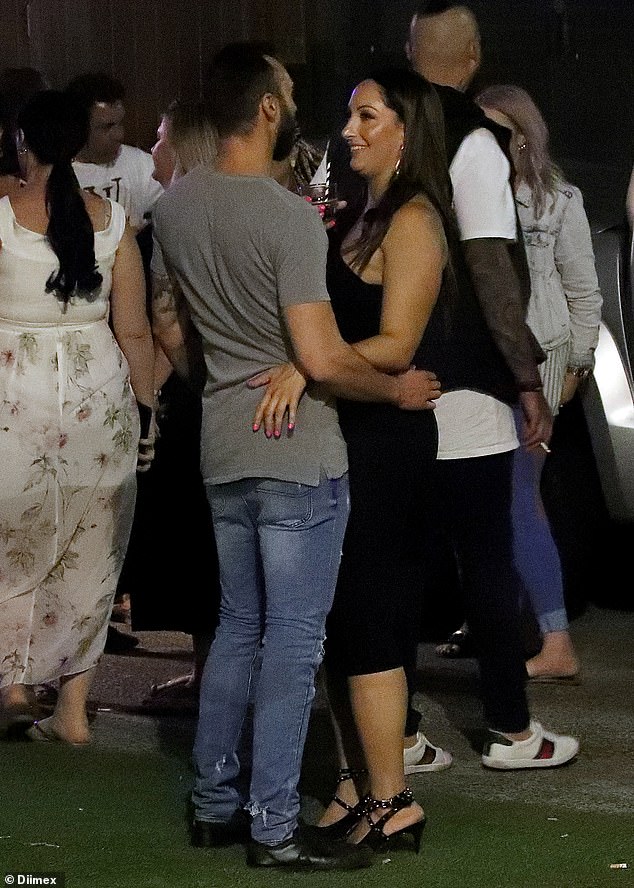 Bottoms up! Poppy held a drink in one hand while seductively draping her arm around her male companion as they gazed into each other’s eyes

After the screening, the amorous pair walked to a nearby alleyway.

Surrounded by dumpsters, Poppy and her friend made the most of the private setting by engaging in a steamy embrace.

Poppy was certainly dressed to impress on the night, showing off her curves in a slinky black dress and studded heels. 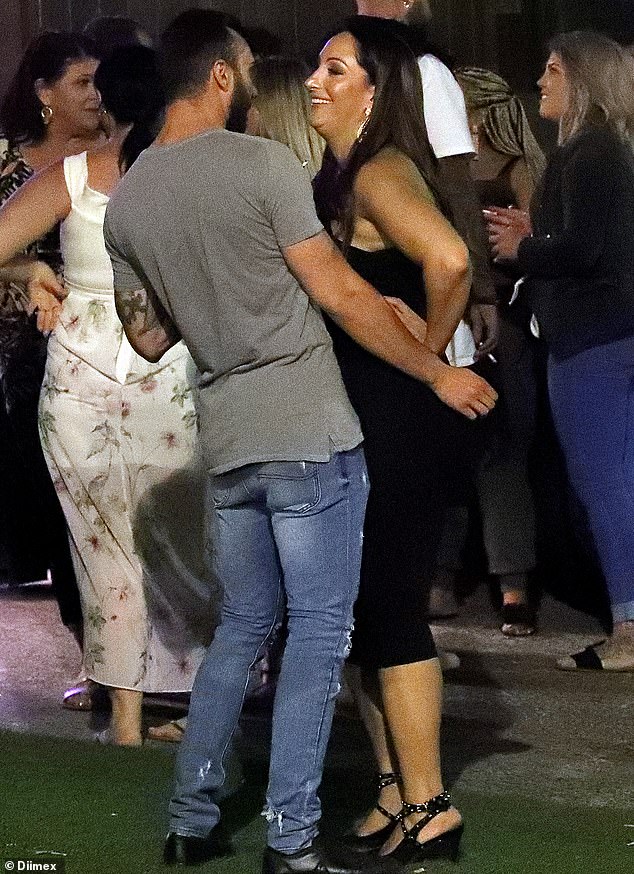 Save it for the bedroom! At one point, Poppy was seen giggling and swatting away the man’s hand after he moved it from her waist to her backside 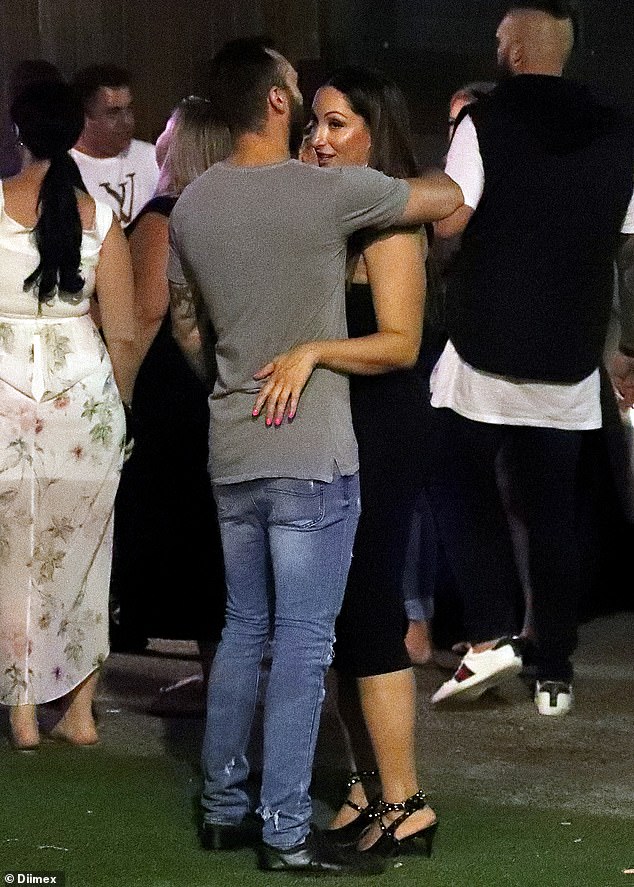 Forgetting something? Noticeably missing from Poppy’s ring finger was her wedding band from ‘husband’ Luke

She styled her brunette hair in loose waves and completed her glamorous ensemble with a pair of drop earrings.

Poppy made her debut on Married At First Sight last Monday, and was matched with single father-of-two Luke. 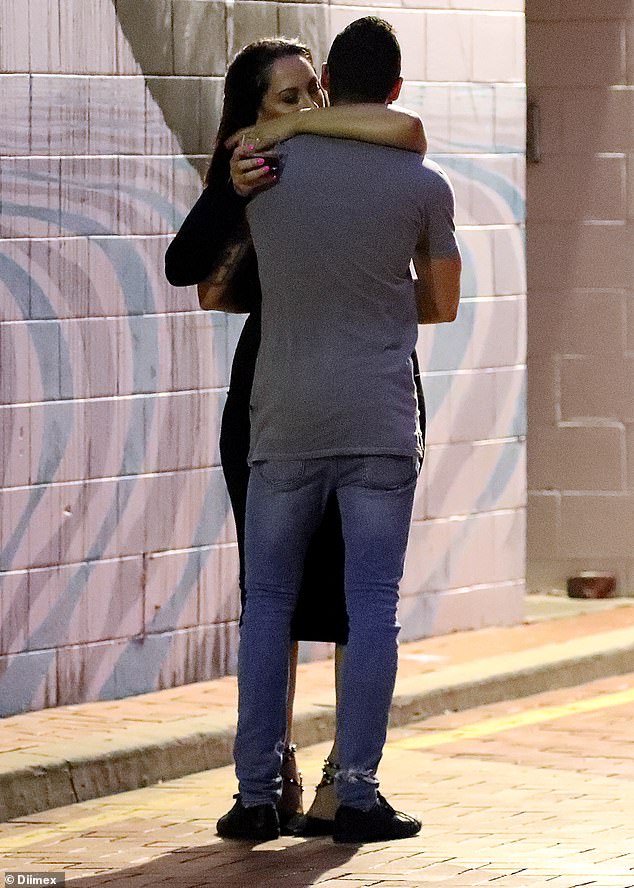 Steamy: After the crowds dissipated, the amorous duo walked to a nearby alleyway to continue kissing 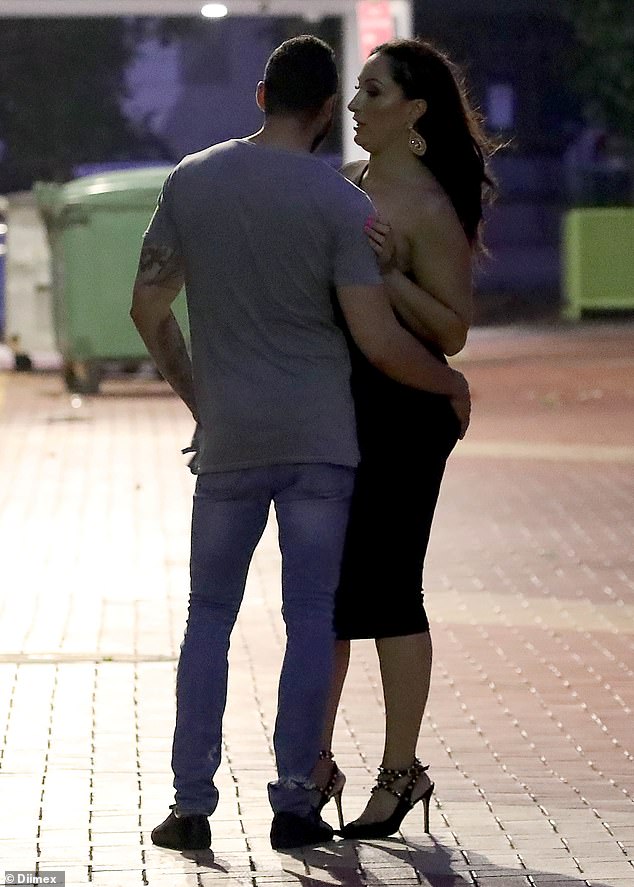 Intimate: Flanked by commercial dumpsters, Poppy and her companion made the most of the private locale by engaging in a steamy embrace 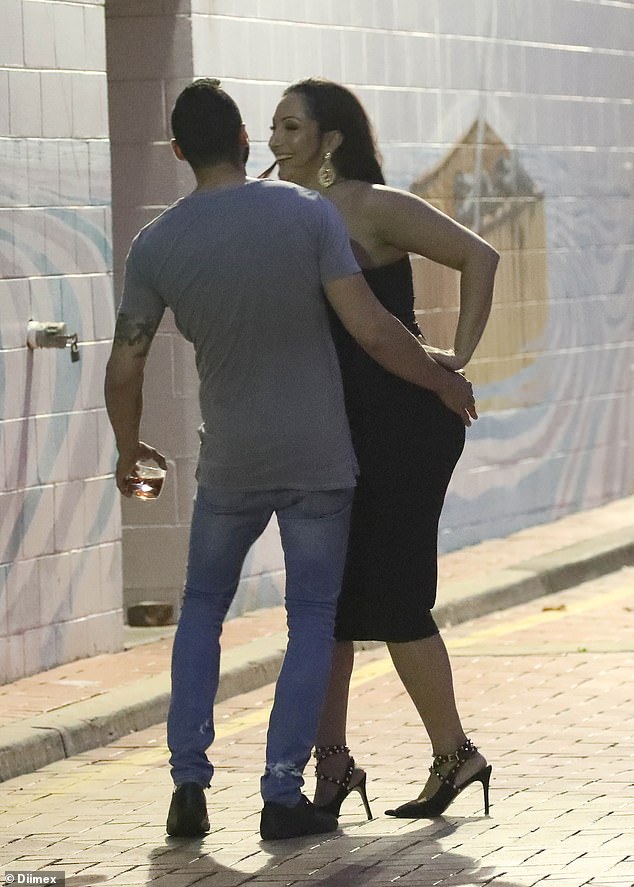 Cheeky! The tattooed man placed his hand on Poppy’s bottom, but she quickly swatted it away with a laugh

Dolled up: Poppy styled her brunette locks in loose waves and completed her sultry ensemble with a set of large drop earrings

Despite getting off to a good start, things soured when Poppy began questioning her decision to go on the show.

‘Initially I was okay, I don’t know. He’s really nice, you can tell he’s a really nice, genuine person. I’m just not over the fact I left my kids to do this. It’s all come on quickly, and I am really overwhelmed,’ she wept.

The newlyweds put their differences aside during the honeymoon, but the latest photos prove they don’t end up together. 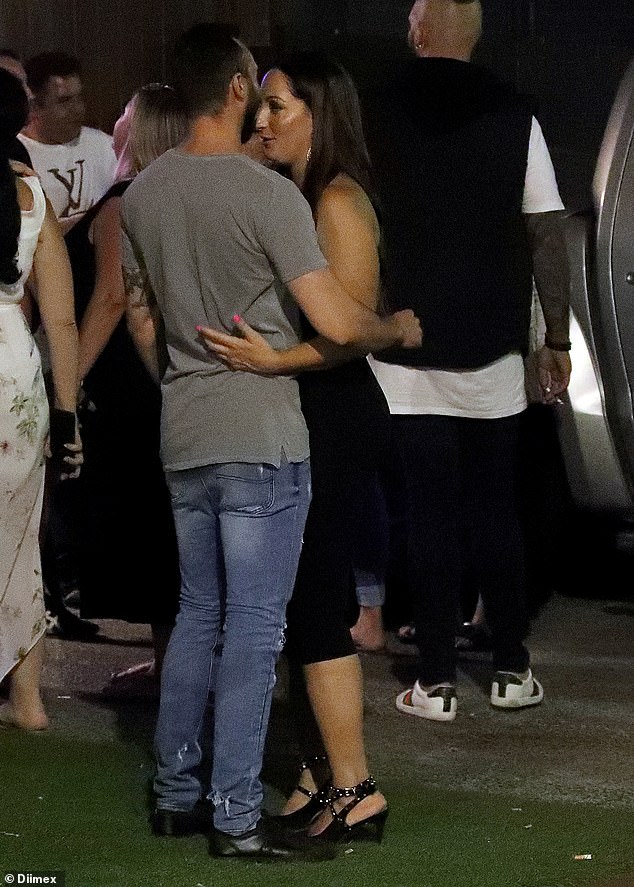 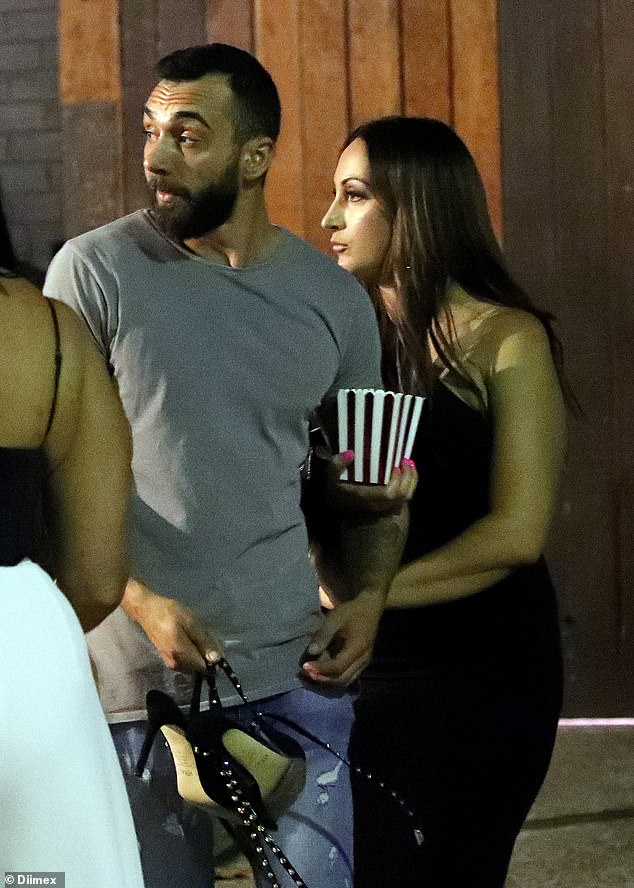 What a gentleman! At the end of the night, the unknown man was seen carrying Poppy’s shoes for her as they made their way home 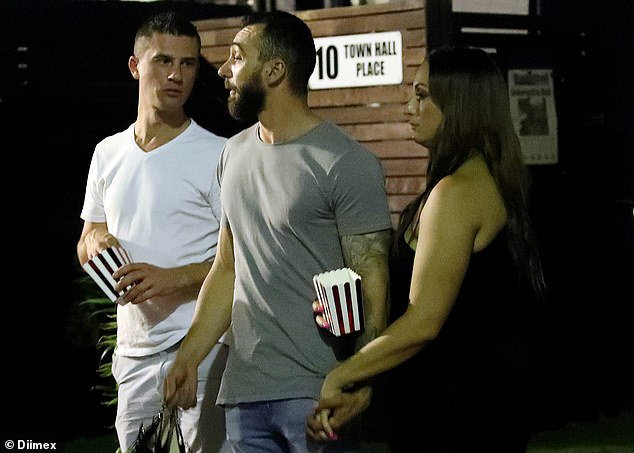 Holding hands: Poppy held hands with the man and carried a container of popcorn as they left the public screening