‘Why did you let planeloads of people fly in?’ Married at First Sight star Coco Stedman SLAMS the Sydney lockdown and NSW Premier Gladys Berejiklian

Coco Stedman is not happy about Sydney’s lockdown.

The fiery breakout star of Married at First Sight and pilates studio owner posted to Instagram to vent her frustrations about the lockdown’s effects on Thursday.

Stedman, 30, who recently changed her entire look, shared a photo with a beauty magazine filter and a lengthy caption, while Shut Up by Smallzy played.

Fuming: Married at First Sight star Coco Stedman, 30, (pictured) slammed the Sydney lockdown and the NSW Premier in a series of posts to her Instagram on Thursday

‘Me wanting to rant so hard on this lockdown’s effect on the fitness industry,’ she began in an address to her 100,000 followers.

‘If you were so worried about the Delta strain why did you in fact let planeloads of people fly in when we are in fact an island and it didn’t have to be this way,’ the TV bride continued.

Coco then said she’s ‘not ready’ for those who are going to privately message her and defend the importance of repatriation flights.

The MAF’s star posted about the lockdown again on Friday, looking visibly annoyed in a video clip, as a phone was heard ringing in the background. 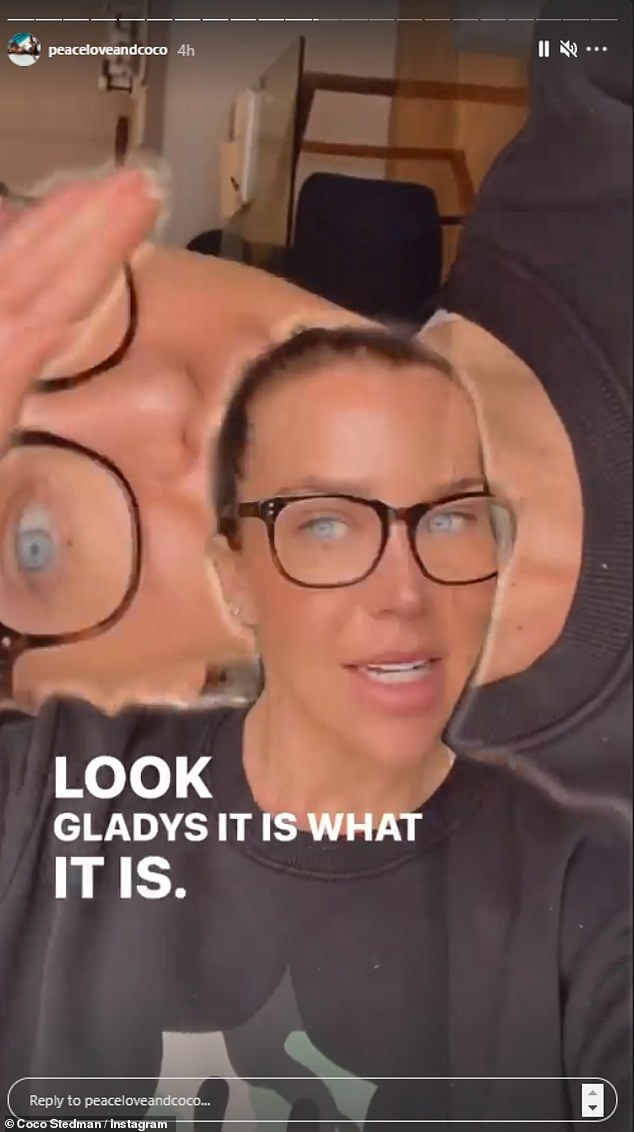 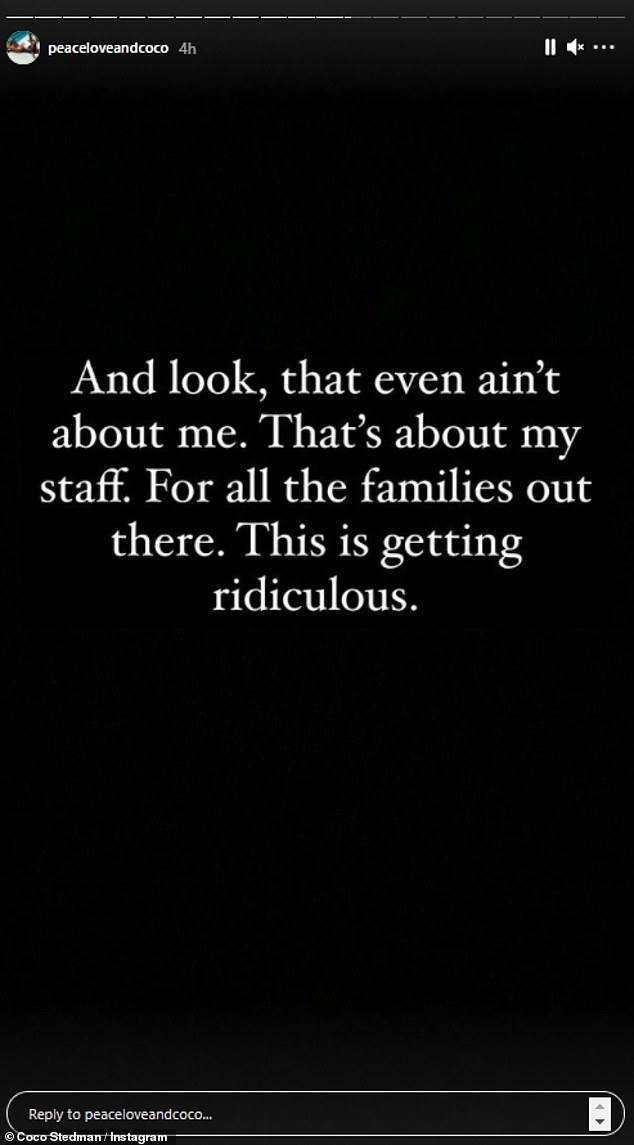 ‘This is getting ridiculous’: After complaining about the repatriation flights on Thursday, the MAF’s star continued her rant on Friday and is heard asking, ‘where the f**k is JobKeeper?’

The next photo was a blank screen with a caption that read, ‘And look, that ain’t even about me. That’s about my staff. For all the families out there. This is getting ridiculous.’

Coco then discussed how people message her saying their problems with the lockdown are more important than hers. 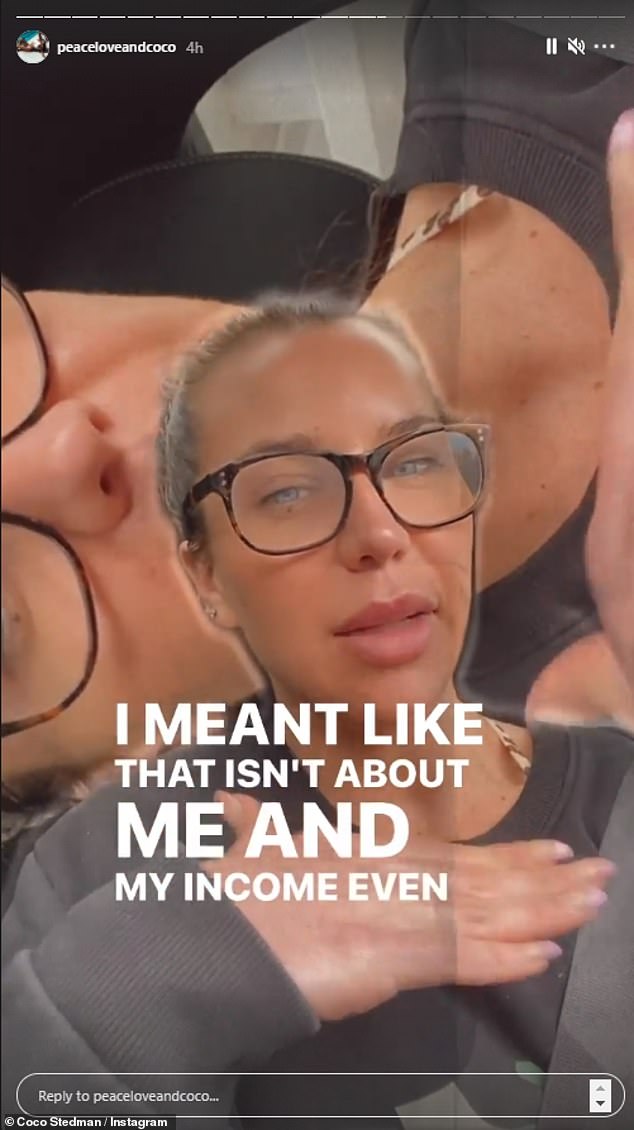 ‘It’s not a competition’: The 30-year-old then discussed how people messaging her saying that their problems with the lockdown are more important than hers. After claiming it wasn’t a competition, Coco acknowledged that others should feel free to vent as well

The 30-year-old went on to claim that it’s ‘not a competition,’ but acknowledged that others should feel free to vent about their issues as well.

The reality TV alum has been forced to shut her yoga studio in Miranda due to the lockdown.

44 cases of coronavirus were recorded in NSW over the last 24 hour period.

Premier Gladys Berejiklian has since introduced tougher restrictions to curb the spread. 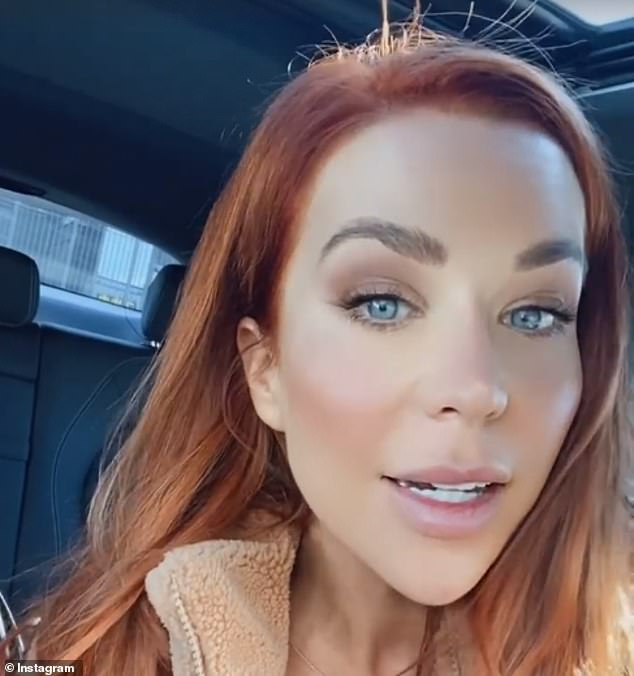 Closed for business: The reality TV alum has been forced to shut her yoga studio in Miranda due to the lockdown