Married man, 41, breaks into a hostel and performs a sick sex act over a 21-year-old backpacker

Chilling details emerge of the pot-bellied hostel pervert’s sick crime – as the 41-year-old is jailed for his depraved sex act next the face backpacker, 21

A man who broke into a backpackers hostel and performed a sick sex act over a 21-year-old backpacker has been jailed.

Michael Wayne Tunstall, 41, masturbated in front of the sleeping girl at the Caloundra City Backpackers hostel on the Sunshine Coast at 4am on December 22.

Turnstall said he was so drunk from a drinking challenge that he blacked out and does not remember the incident.

He let himself into the hostel through a roller door, before going into one of the rooms stealing a wallet.

Michael Wayne Tunstall, 41, masturbated in front of the sleeping girl at the Caloundra City Backpackers hostel on the Sunshine Coast at 4am

He then went into another room with his pants around his ankles, police prosecutor Stu Lydford told Caloundra Magistrates Court.

A 21-year-old girl woke up and realised was happening but pretended to be asleep, according to The Sunshine Coast Daily.

‘He grabbed the upper bunk, placed his erect penis through the rungs of the ladder which were vertically positioned between the complainant and the upper bunk bed.’

‘He swayed from side to side moving his hips directly above her, she was at that time awake,’ Sen Sgt Lydford said.

He then stole the woman’s phone and power bank off her bed.

When the woman asked what he was doing he said he was getting into bed to which the woman replied ‘not my bed.’

After this he dropped the phone and power bank and fled from the room.

Defence lawyer Donna Hanslow-Hastie said he had drunk a 700ml bottle of alcohol before the incident.

Magistrate Haydn Stjernqvist noted Tunstall had a previous offence of a ‘sexual nature.’

Tunstall pleaded guilty to two charges of entering a dwelling and committing an indictable offence.

The man’s wife attended the court on Wednesday as Tunstall was sentenced to a 12-month prison sentence suspended for two years after he serves three months.

Despite his defence lawyer telling the court Tunstall’s wife was struggling to deal with the incident and was taking a break from their relationship, she hugged him as court officers led him away.

He was also ordered to pay $180 restitution for the stolen wallet. 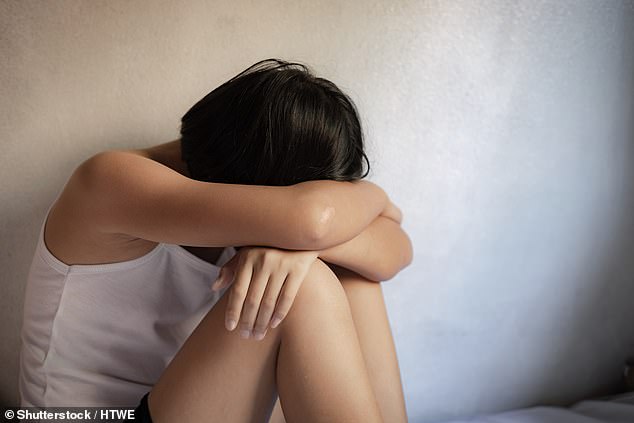