A convicted drug dealer’s collection of rare film and TV memorabilia which cost him £1million has sold at auction for just £340,000 after police flogged his possessions.

Martin Fillery, 46, was one of three men jailed for transforming the bunker designed for army VIPs into what was one of the largest cannabis factories found in the UK.

The movie fan, from Ashcott, Somerset, spent an eye-watering £1million on the memorabilia and it all went under the hammer on Thursday night.

Movie fans looking for a cut-price slice of nostalgia headed to Belfast from across Europe for the sale of the remarkable haul of rare collectables.

A Starsky And Hutch-style red and white Ford Torino (pictured) was snapped up at £7,500 at the auction in Belfast, Northern Ireland 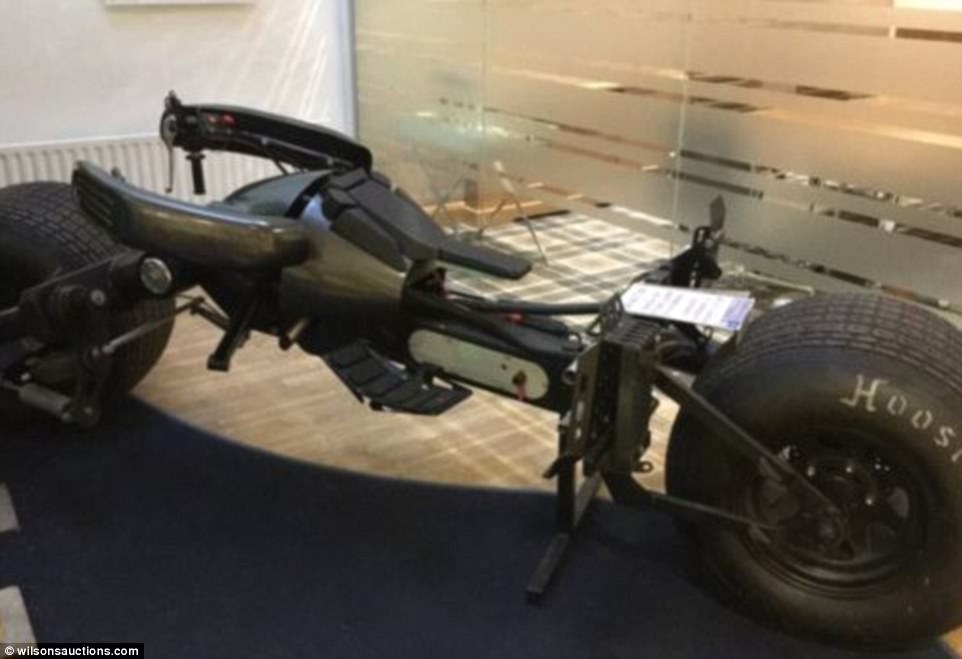 A Batbike of the type depicted in the modern day films went for £13,000 after attracting a lot of attention before the auction 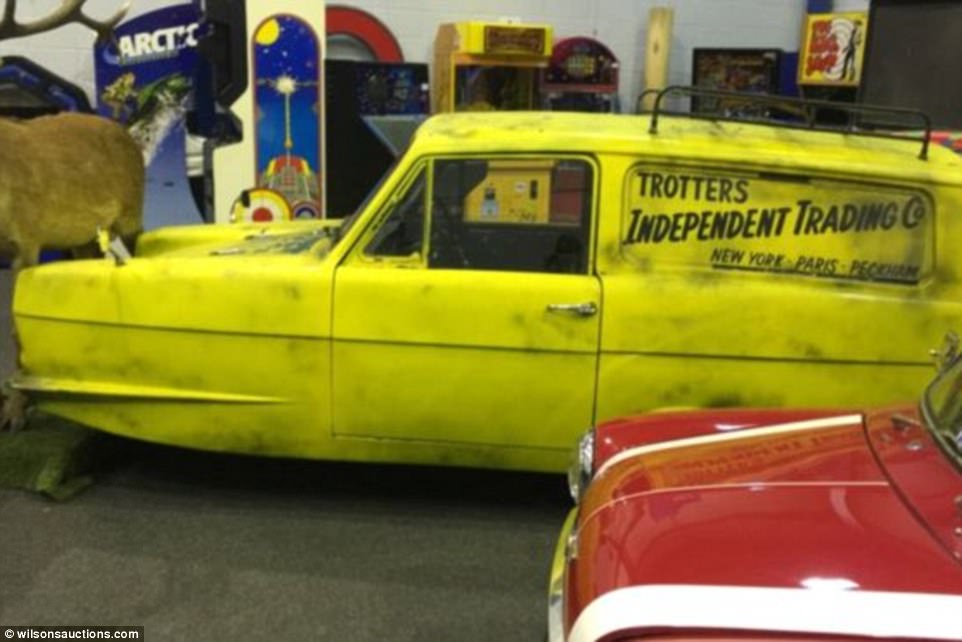 Martin Fillery’s Only Fools And Horses replica three-wheeled van went for £6,000 and was a part of the fascinating collection 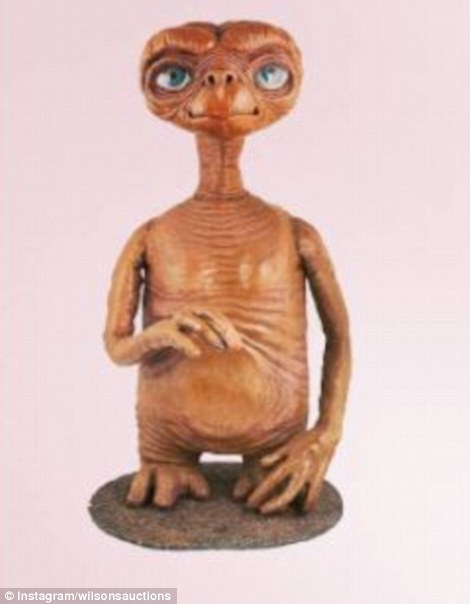 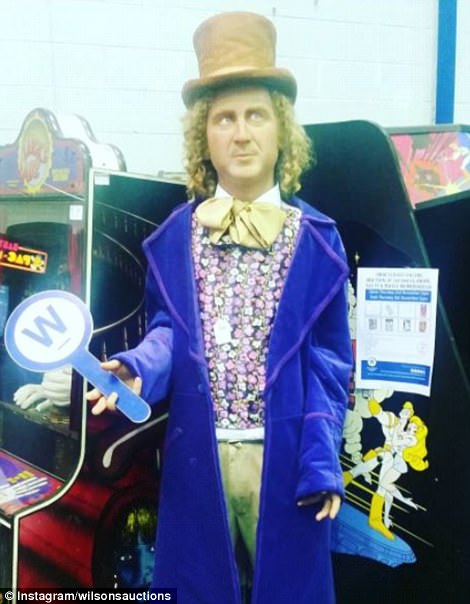 Other lots included a life-size Terminator, an Ewok, ET (left) and a waxwork of Gene Wilder as Willy Wonka (right)

Other enthusiasts from the US and further afield made online bids during the asset recovery auction, where none of the lots had a reserve price.

The treasure trove of memorabilia was built up over two decades, costing Fillery in excess of an estimated £1million.

One of the items that generated most interest at Wilsons Auctions in Mallusk was a car actually used in Back To The Future II. The futuristic BMW sold for £20,000.

A replica Batboat from the 1960s incarnation of the Batman TV show sold for £15,000 while a Batbike of the type depicted in the modern day films went for £13,000.

A Starsky And Hutch-style red and white Ford Torino was snapped up at £7,500, an Only Fools And Horses replica three-wheeled van went for £6,000 while Postman Pat’s van sold for £3,500.

A life size Iron Man statue sold for £3,100 and a Star Wars Stormtrooper uniform attracted a top bid of £2,450.

Other lots included a life-size Terminator, an Ewok, a Doctor Who Cyberman, ET, a Gremlin and a waxwork of Gene Wilder as Willy Wonka. 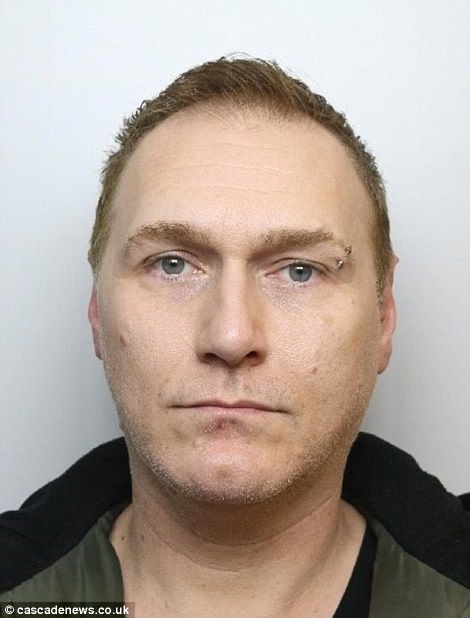 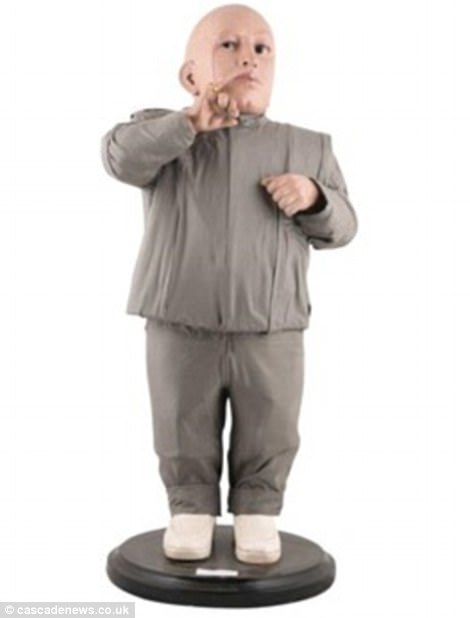 Convict Martin Fillery (left) spent years building up his vast collection, which included a Mini-Me figurine (right) which was available to purchase on Thursday 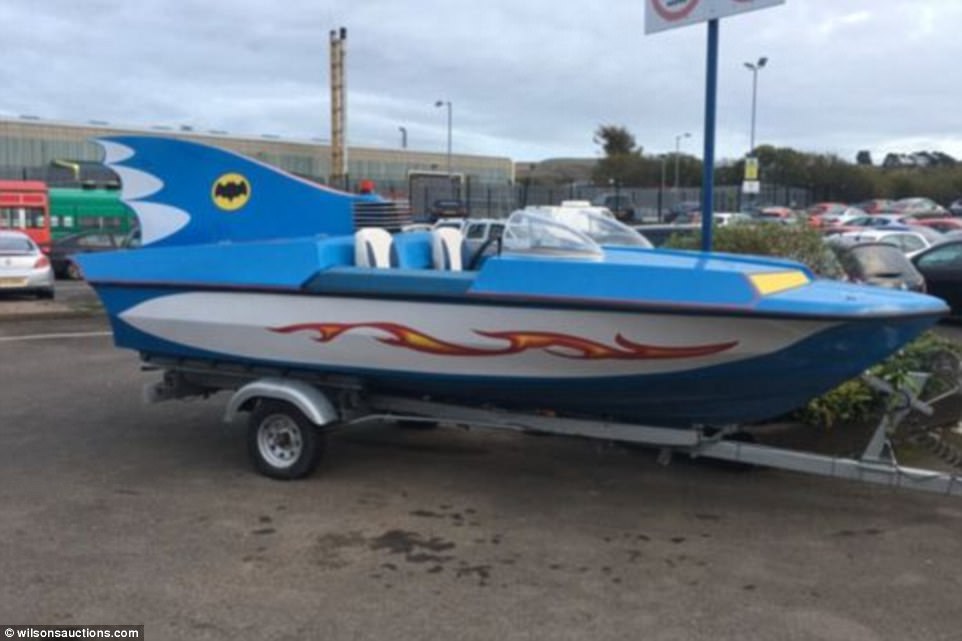 A replica Batboat from the 1960s incarnation of the Batman TV show sold for £15,000 and was one of the stand-out items in the collection 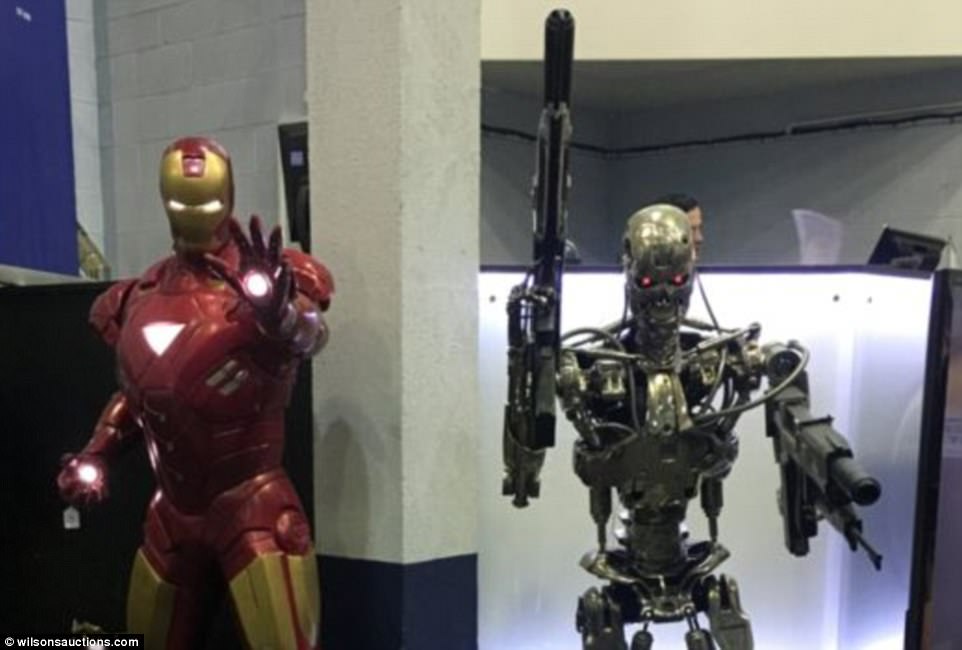 A life size Iron Man statue sold for £3,100 and life-size Terminator figurine was also up for grabs in the unique auction 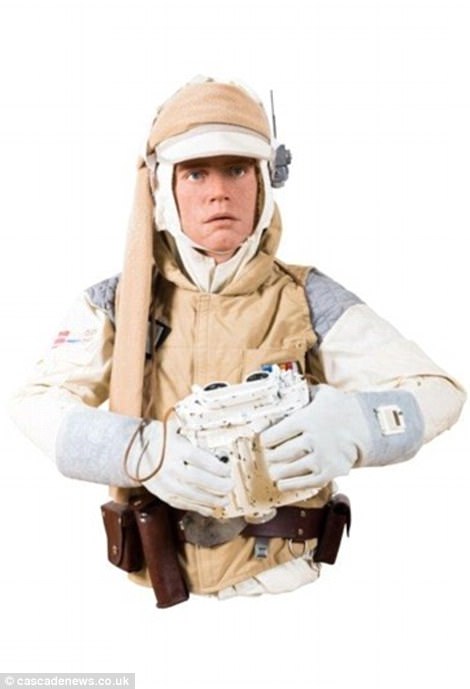 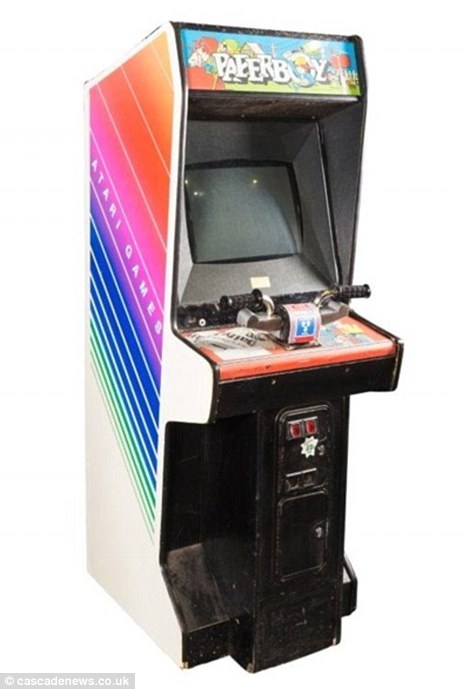 Even Roland Rat’s pink car was available to the highest bidder.

Fillery was jailed for eight years at Salisbury Crown Court in August for conspiracy to produce class B drugs, abstracting electricity and money laundering.

The court heard that the drug-growing operation at the disused Regional General Headquarters in Chilmark, Wiltshire, was capable of producing £2million worth of cannabis each year.

He said: ‘The interest has been truly global. We are regularly instructed to sell proceeds of crime assets.

‘That’s usually Rolexes, fast cars, houses in Spain but every now and again it’s memorabilia. But this is certainly one we will remember for quite some time.

‘We have an important job to do in that we have to realise as much as we can and get the money paid back over to the court.

‘Everything we raise goes back into the public purse. So there’s a bit of fun but there is also a serious job to be done.’ 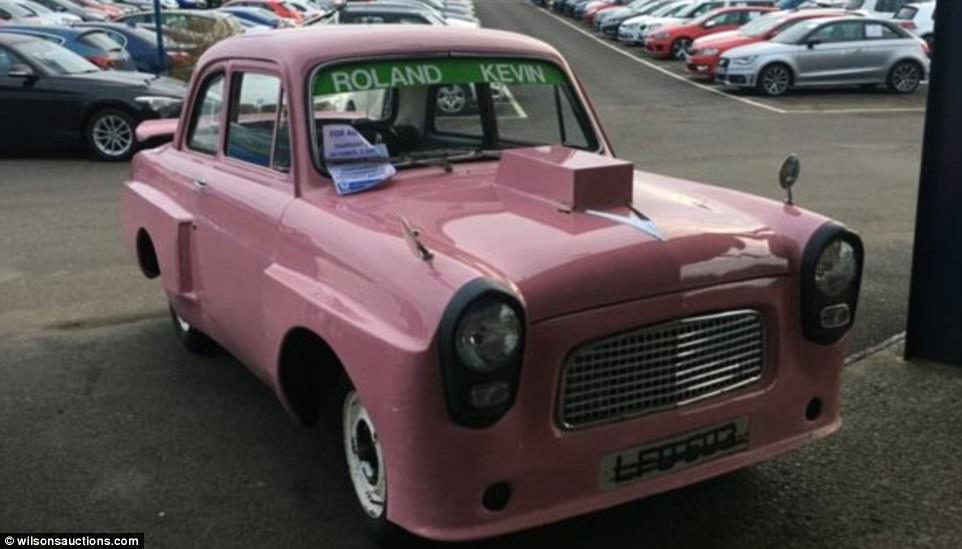 Even Roland Rat’s pink car was available to the highest bidder at the impressive auction in Belfast, Northern Ireland, last night 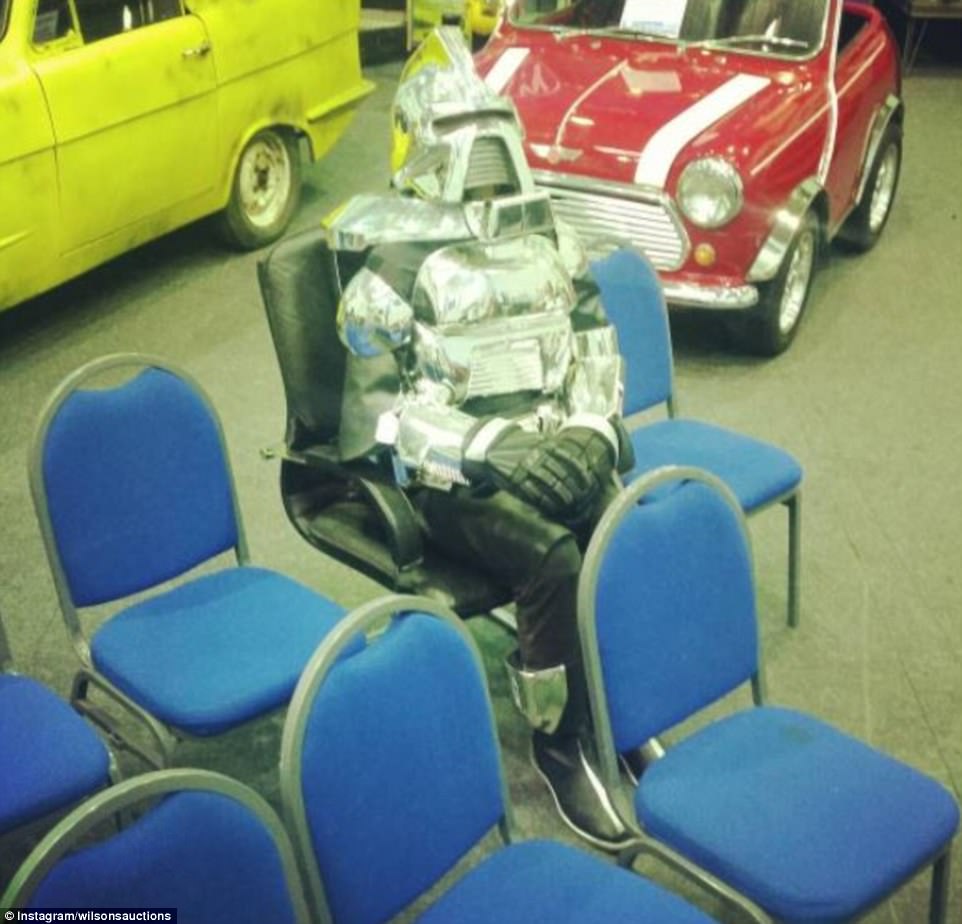 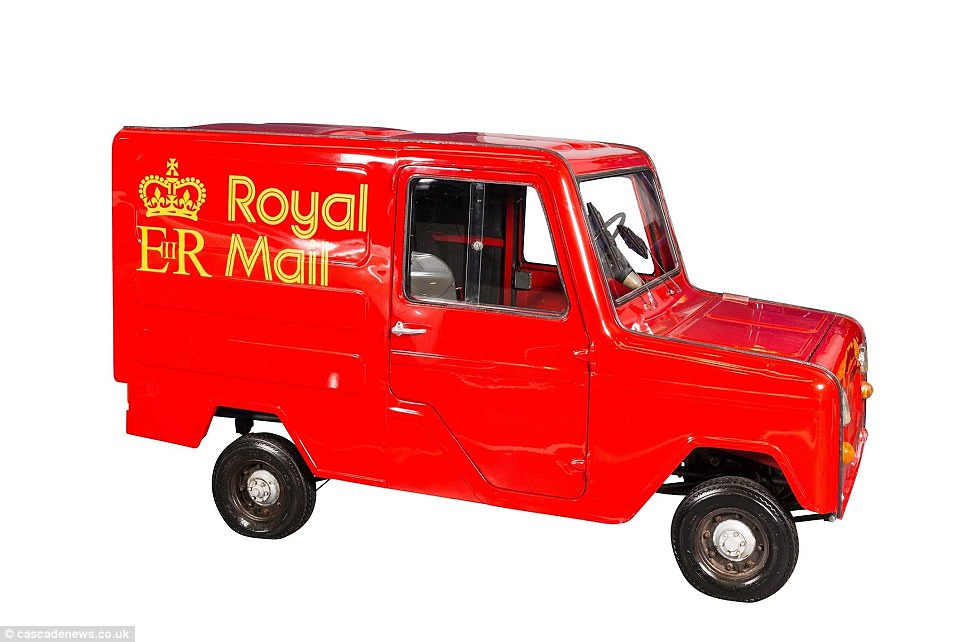 This rare replica of Postman Pat’s van was bought by criminal Martin Fillery and sold for £3,500 when it went under the hammer