Tributes from around the world have been pouring in since the sad death of chef and author Anthony Bourdain was announced on Friday night.

And MasterChef Australia judge and food critic Matt Preston was among the famous faces paying their respects to the late star.

Matt, 54, wrote on Instagram: ‘One of the best dining companions you could ever hope for, a wise counsel, and a legendary Trugo player to boot.’

‘One of the best dining companions you could hope for’: MasterChef judge Matt Preston (pictured) remembers late friend Anthony Bourdain

‘My thoughts are with his daughter and family. Vale @anthonybourdain.’

The two enjoyed a friendship forged on a shared love of food and an appetite to explore the world.

The two foodies became friends when Matt took Anthony out for dinner.

They cemented their friendship when the Australian native showed his New Yorker pal the culinary delights of Melbourne.

Matt starred in an episode of Anthony’s docu-series No Reservations, which saw the pair explore the city’s famous food culture, and enjoy a game of Aussie ball game trugo. 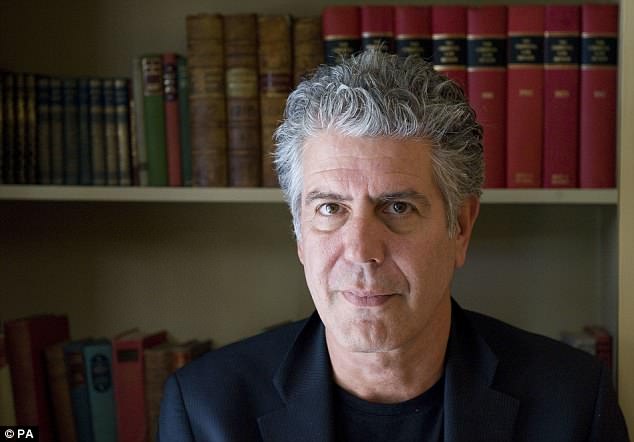 Tributes: Matt, 54, said his late friend (pictured) was ‘a wise counsel’ in his touching tribute message

Speaking to the Sydney Morning Hearald in 2012, Matt said of his companion: ‘He is fantastic company, a brilliant raconteur.

‘He has a constant font of stories, he’s travelled so well and he thinks very deeply about food. He’s also very entertaining.’

Matt added: ‘He has a chef’s eye and a journalist’s enthusiasm for discovering new things.’ 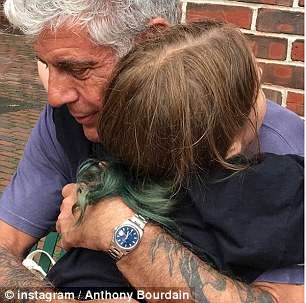 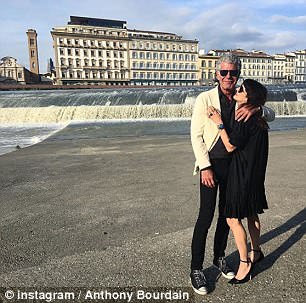 The famous cook and TV personality hanged himself in his room at the Le Chambard hotel in Kaysersberg, France, where he was filming an upcoming episode of his CNN show Parts Unknown, according to French media.

The late entertainer leaves behind an 11-year-old daughter, Ariane, who he shares with ex-wife Ottavia Busia.

Although it is yet unclear whether they were together at his time of death, the chef was thought to be dating Asia Argento, an actress he met filming a Parts Unknown episode in December 2016.

For confidential help in the US, call the National Suicide Prevention Lifeline at 1-800-273-8255 or click here

For confidential support on suicide matters in the UK, call the Samaritans on 08457 90 90 90, visit a local Samaritans branch or click here

For confidential support in Australia, please call Lifeline on 13 11 14 or click here