Defense Secretary Jim Mattis is dispatching 3,900 more troops to support the battle against the Taliban in Afghanistan as part of Donald Trump’s new war strategy.

The move will see the president sticking to Barack Obama’s approach of helping Afghans fight rather than going to the fighting for them, Mattis said.

It comes after Trump readjusted his pre-election stance of getting troops out of the Middle East as fast as possible.

‘By and large this is to enable the Afghan forces to fight more effectively,’ said Matthis of the move, which other officials say will increase the numbers of US troops in the region to around 15,000. 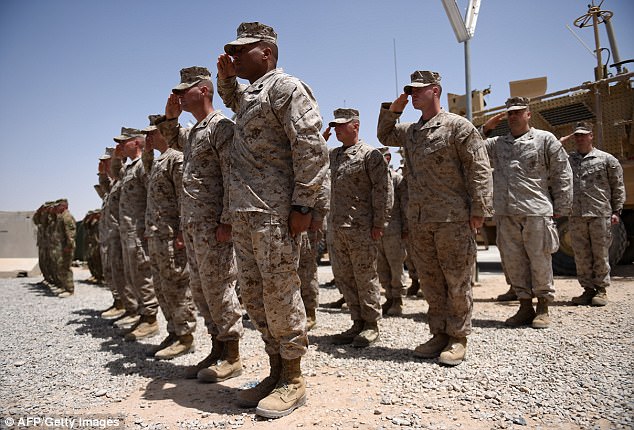 There are currently 11,000 troops in the Middle Eastern country, which America has been fighting in for 16 years. Mattis declined to describe exactly what the troops would be doing

‘Yes, I’ve signed orders, but it’s not complete,’ Mattis told reporters in an impromptu news conference at the Pentagon.

He would not say how many additional troops are deploying or what their exact roles will be.

‘It’s more advisers, more enablers,’ he said, which would include ‘fire support’ teams – a term he declined to define but could mean artillery units. He said the additional US troops have not yet arrived in the country.

Trump’s decision to deepen the American military commitment was taken after months of debate within the administration over whether the risk was worth the potential reward.

But it’s hoped that the move will eventually stabilize Afghanistan to the point where its own forces can prevent a Taliban takeover and contain other militant threats.

Mattis stressed that Afghan forces will remain in the lead, with the extra US troops taking a support role, adding that it would ‘take a couple of days’ to put into action. 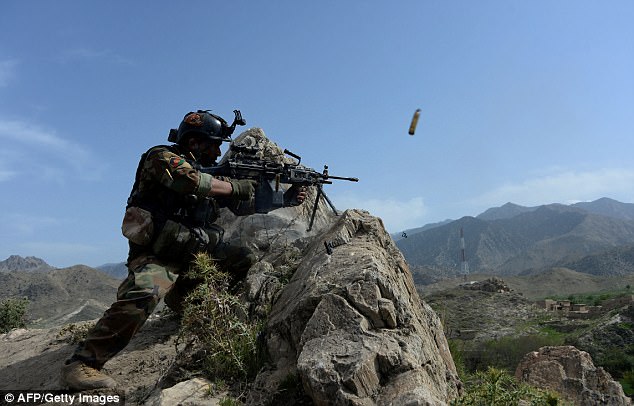 However, he promised that they would be sent to support Afghan soldiers (one seen during combat in April) in advisory and enabling roles rather than replacing them in the fighting 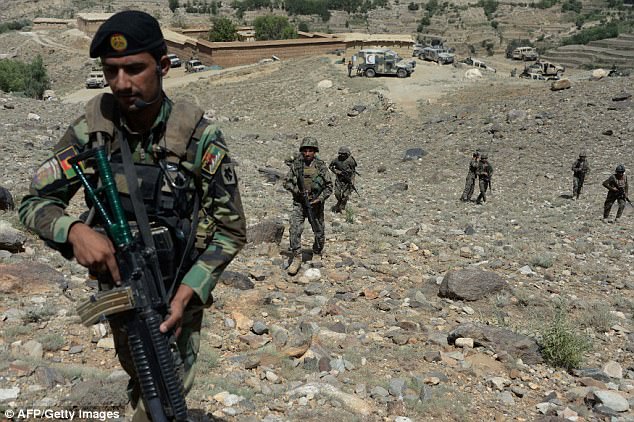 He said ‘conditions on the ground, not arbitrary timetables,’ will guide the strategy, and suggested troop levels will be kept largely secret.

‘We will not talk about numbers of troops or our plans for further military activities,’ he said.

On Wednesday, at Mattis’ instruction, Pentagon officials said that about 11,000 US troops are in Afghanistan, acknowledging publicly for the first time that the 8,400 figure that officials had used for many months was inaccurate.

Mattis said he wanted to publicly clarify the current troop total before discussing how many more would be sent.

He said he and other senior administration officials are scheduled to brief members of Congress on the latest deployments and the new war strategy next Wednesday.

Critics have questioned whether sending a few thousand more troops will make a decisive difference in a war that began when US forces invaded to topple the Taliban regime in October 2001.

The Afghan government only controls half of the country and is beset by endemic corruption and infighting.

In the nearly 16 years since the United States went to war in Afghanistan, the number of American troops initially grew in spurts, as US leaders wavered about how much focus to put on the war. 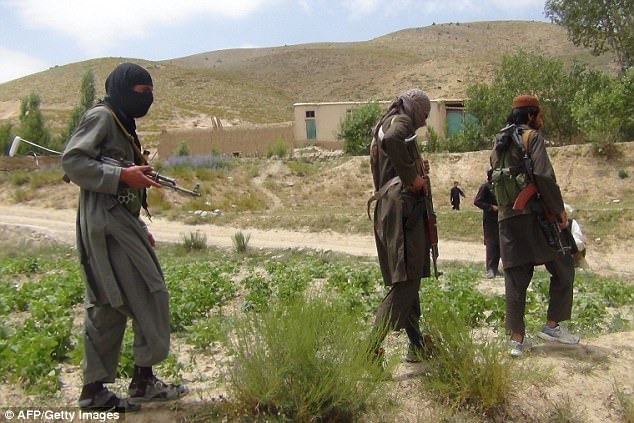 Prior to the election, Trump had said America wasted too much ‘blood and treasure’ and needed to ‘get out’ of Afghanistan. He’s said he changed his mind after becoming president

Trump now believes leaving the country would create a vacuum that ISIS would fill. Trump did not indicate in an August 21 speech that he would be sending more troops in

President Barack Obama came into office in 2009 saying he would give the war there the attention it required, and the number of American troops on the ground spiraled by mid-2010 to 100,000.

Before becoming a presidential candidate, Trump had argued for a quick withdrawal from Afghanistan, calling the war a massive waste of US ‘blood and treasure’ and declaring on Twitter, ‘Let’s get out!’

He also wrote: ‘Do not allow our very stupid leaders to sign a deal that keeps is in Afghanistan through 2024-with all costs by USA. MAKE AMERICA GREAT!’

In his August 21 announcement, just seven months into his presidency, he said that though his ‘original instinct was to pull out,’ he’d changed his mind.

He’d since determined that approach could create a vacuum that terrorists including al-Qaida and the Islamic State would ‘instantly fill,’ he said.