May, Macron and Merkel reaffirm backing for Iran nuclear deal despite opposition from Trump

Britain, France and Germany reaffirmed their backing for the Iran nuclear deal, despite Donald Trump’s threat to walk away.

Downing Street said Theresa May spoke by telephone with President Emmanuel Macron and Chancellor Angela Merkel after their visits last week to Washington.

The two leaders returned home apparently having made little headway in their efforts to persuade the U.S. President not to abandon the agreement.

Theresa May, along with her counterparts in France and Germany, are committed to the Iran nuclear deal and are trying to get U.S. President Donald Trump stay in it

Mr Trump must decide next month whether to re-certify it the deal, or to dump it and reinstate sanctions on the Middle Eastern nation.

He has long made clear his opposition to the deal, signed under former president Barack Obama, arguing it is time-limited and does not cover Iran’s ballistic missile programme.

Number 10 said the three European leaders discussed the importance of the deal, known as the Joint Comprehensive Plan of Action. 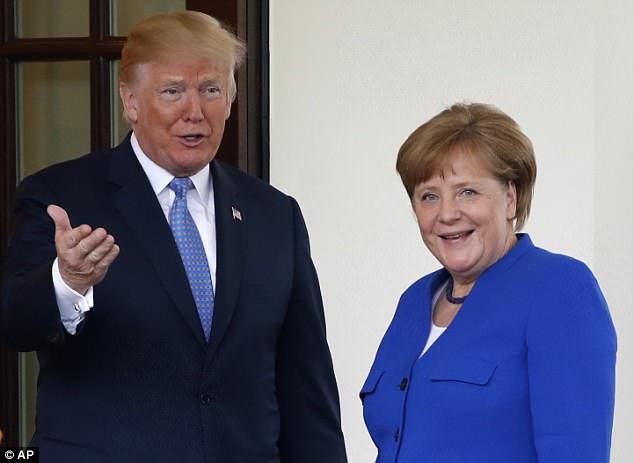 German Chancellor Angela Merkel returned home apparently having made little headway in their efforts to persuade the U.S. President not to abandon the agreement 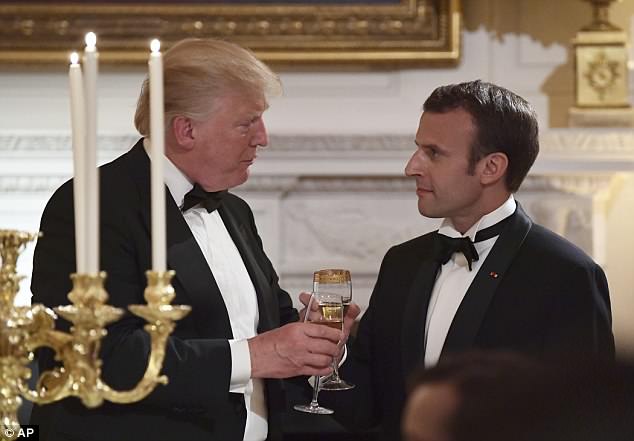 U.S. President Donald Trump has frequently called for the ‘terrible deal’ to be ‘fixed’ with a new agreement, and French President Emmanuel Macron worked on him while in Washington

They all agreed it was the best way of neutralising the threat of a nuclear-armed Iran.

‘They agreed that there were important elements that the deal does not cover, but which we need to address – including ballistic missiles, what happens when the deal expires, and Iran’s destabilising regional activity,’ it said .

‘Acknowledging the importance of retaining the JCPoA, they committed to continue working closely together and with the U.S. on how to tackle the range of challenges that Iran poses – including those issues that a new deal might cover.’ 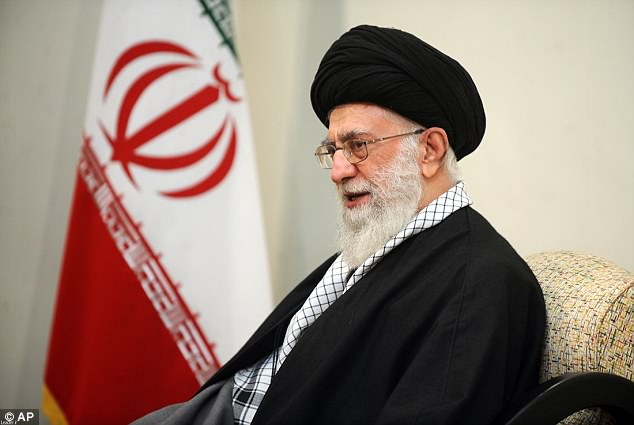