London minicabs will have to pay the congestion charge after the High Court today ruled the move does not discriminate against ethnic minority and female drivers.

The Independent Workers Union of Great Britain (IWGB) had claimed that removing minicabs’ exemption from the fee indirectly discriminates against a 94% black and minority ethnic (BAME) workforce, while drivers of London’s traditional black cabs – 88% of whom are white – still do not have to pay it.

But a judge ruled in favour of London Mayor Sadiq Khan, saying the air pollution measure was not discriminatory and the £11.50 daily charge could legally be extended to minicabs, which which includes Uber’s 45,000-strong fleet.

Sadiq Khan’s decision to introduce the congestion charge for minicab drivers is not unlawfully discriminatory, the High Court has ruled. He is seen at an event in London last month

In a statement after the ruling, a Mayor of London spokesman said: ‘We are pleased with the judge’s decision.

‘Removing the congestion charge exemption for private hire vehicles, apart from those that are wheelchair-accessible, is an important part of our plans both to reduce traffic volumes and congestion in London, with the additional benefits of reduced air pollution.’

At a hearing in London earlier this month, lawyers for the union said Mr Khan and Transport for London (TfL) accept that the decision puts BAME and female drivers, and disabled passengers, at a disadvantage.

Ben Collins QC told the court: ‘Drivers are driven out of business or required to work hours which impact on their family, well-being and potentially health.

‘Disabled passengers have their ability to travel to central London significantly affected.’

He added: ‘The question for the court is whether the removal of the exemption is a proportionate means of achieving a legitimate aim.’

Mr Collins said those drivers affected by the change are 94% BAME, have ‘typically low’ earnings and 71% of them live in the most deprived areas of London.

He told the court the average annual earnings of a driver is less than £23,000 after tax and that many work long hours to ‘provide for their families in difficult circumstances’.

He said a minicab driver working 22 days a month would spend around £230 a month on the congestion charge, which would equate to almost 10% of their income. 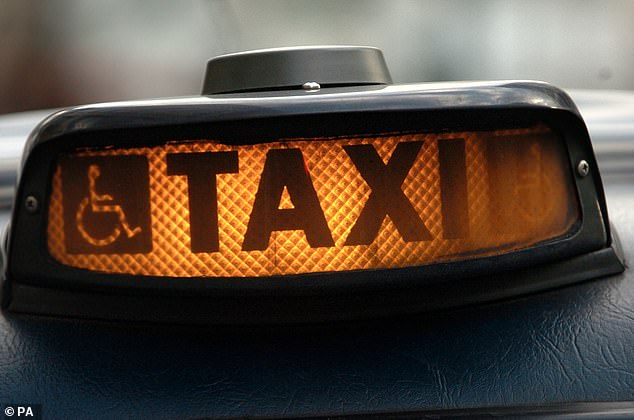 Mr Collins added: ‘The discriminatory effect of this measure wholly outweighs such limited benefits as the defendant is able to establish.’

In a statement, IWGB general secretary Jason Moyer-Lee confirmed the union would pursue an appeal against the ruling, saying: ‘The IWGB is not about to give up at the first set-back.’

He added: ‘The judge, defendant Sadiq Khan, and we all agreed that this charge is bad for ethnic minority and female drivers.

‘The question is whether or not the mayor can legally justify it by showing it’s reasonable and there were no better alternative measures to reduce congestion.

‘He hasn’t done this and the judge adopted the incorrect legal test when assessing the matter. So now we take the fight to the Court of Appeal.’