Meet man who claimed he had secret affair with Todd Chrisley, found guilty of bank and tax fraud

Reality TV star Todd Chrisley saw his on-screen image ripped apart this week when he and his wife, Julie, were found guilty of running a years-long fraud conspiracy by a jury that saw his ex-business partner confess to helping the couple with their crimes, while also claiming he had a gay affair with the father-of-five.

Chrisley, 53, who is best known for starring in the USA Network reality series Chrisley Knows Best alongside his wife and their children, is facing up to 30 years in jail after being convicted of conspiracy to commit bank fraud, bank fraud, conspiracy to defraud the United States, and tax fraud.

The dramatic conclusion of the trial was matched only by the shocking testimony given by Chrisley’s former employee-turned-lover, who told the court in May that he had a year-long gay affair with the reality star in the early 2000s – while they were both married to their respective wives.

So who is the man who brought down Chrisley and his long-cultivated public image as a devout Christian and devoted family man?

Mark Braddock, 57, a married father and grandfather, sensationally turned against his ex-lover and business partner on the stand, when he told the jury that he had not only been witness to the Chrisleys’ crimes, but had helped to commit them.

Who is the gay lover who brought the Chrisley family crashing down? Meet man who claimed he had secret affair with Todd Chrisley as he is found guilty of bank fraud and tax evasion 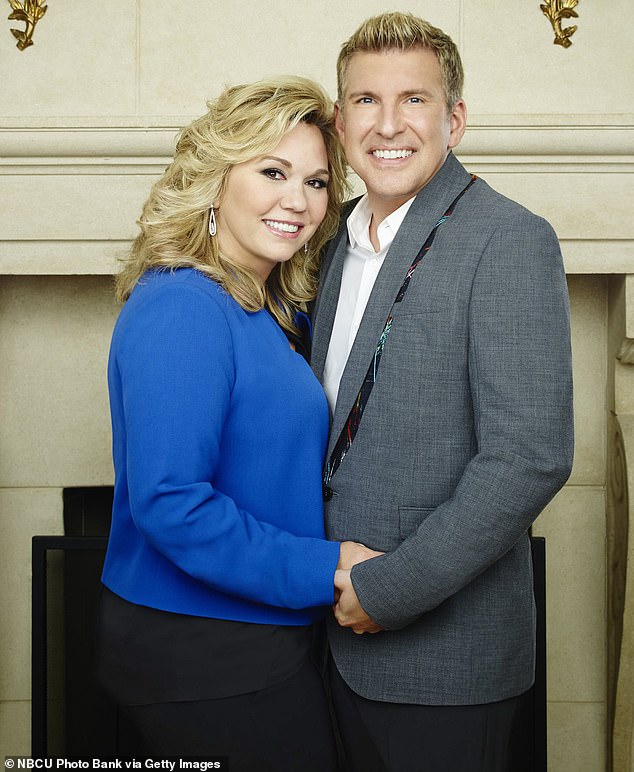 Chrisley and his wife of 26 years, Julie (pictured in 2015), 49, were recently found guilty of numerous charges and could face up to 30 years of jail time 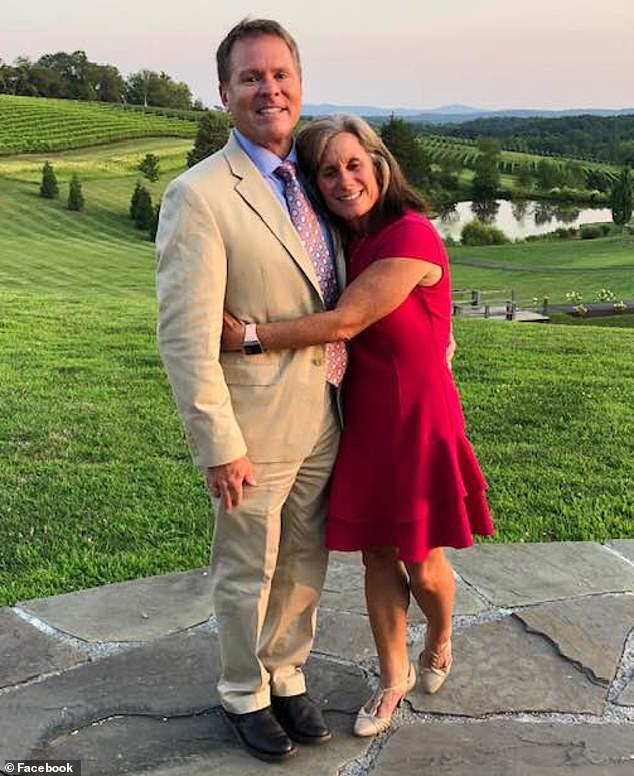 His alleged ex-lover Mark Braddock (pictured with his wife in 2019) told the court that he not only had a romance with Chrisley, but that he also helped the reality star to commit fraud

According to Braddock, who was granted immunity in return for testifying, he and Chrisley continued working together for a decade after their secret affair ended, with the businessman describing their close relationship as a ‘brotherhood’.

However, that brotherhood blew up in Chrisley’s face in 2012, when he reportedly threw Braddock out of his office and threatened to call the police on him.

Braddock, who had to tell his wife of 34 years about the affair before testifying, then turned the Chrisleys into the FBI for tax fraud.

His testimony also saw him confessing not only to his role in the Chrisleys’ years-long fraud, but to his infidelity, which he is said to have kept hidden from his wife for years before revealing it all to the world on the stand.

Braddock has been married to wife Leslie for more than three decades – with the couple celebrating their 34th anniversary on October 10, 2021, having tied the knot back in 1987.

Despite his testimony, she is said to be standing by her husband, with whom she shares two children.

According to Media Take Out, Leslie – who is reportedly a real estate agent – has ‘forgiven’ Braddock for his affair with Chrisley, and intends to stay married to her husband, despite his confession about his affair.

Together, Braddock and his wife have welcomed two sons over the years, named Ian and Colin. Ian is married to a woman named Eva, and together, they have a son and daughter. Colin’s marital status is unclear.

According to his LinkedIn account, Braddock graduated from Radford University with Bachelor of Applied Science degree in Computer Science, Statistics, and Math in 1987. 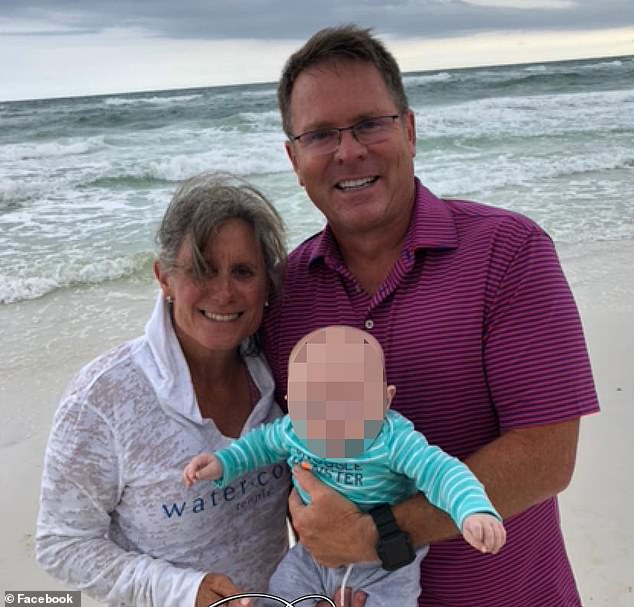 Braddock (pictured with his wife and grandson  in 2019), 57, testified that he and Chrisley were in a secret romance for about a year in the early 2000s – while Chrisley was married to Julie 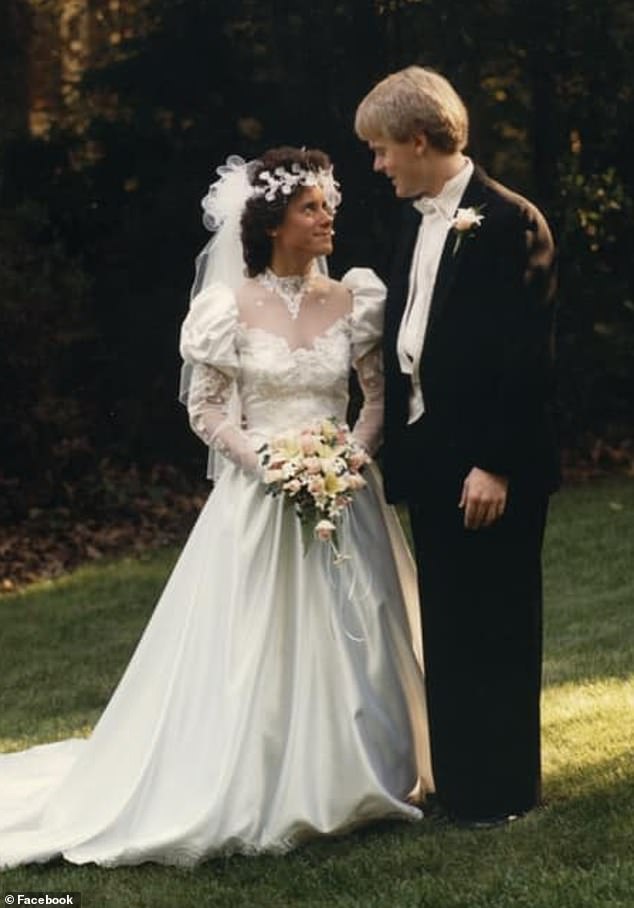 Braddock has been married to a woman named Leslie for more than three decades – with the couple celebrating their 34th anniversary in October 2021. They are pictured at the wedding 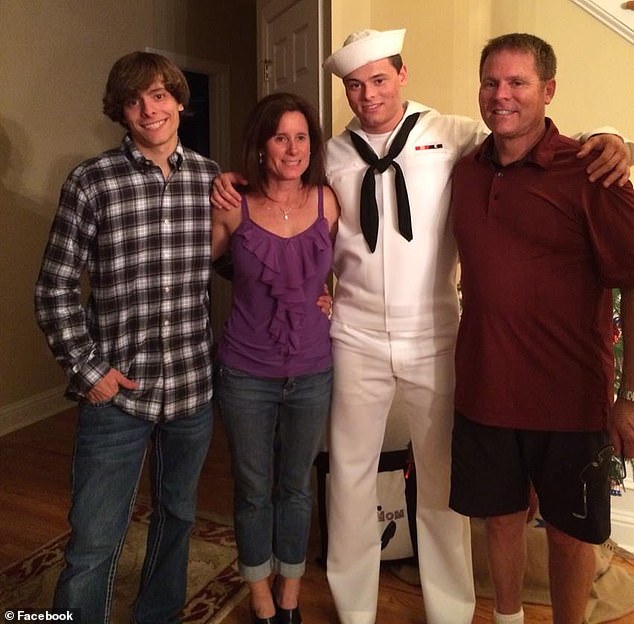 Braddock and his wife have welcomed two sons over the years, named Ian and Colin. Ian has a son and daughter with his wife, Eva. The family is seen in 2014

He started his career in 1984 with a job as a systems engineer at AT&T. He worked there for three years while living in Virginia. 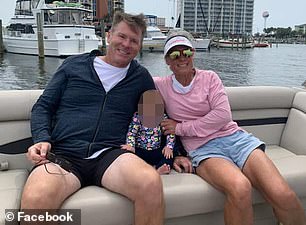 According to Media Take Out, Leslie – who is reportedly a real estate agent – has ‘forgiven’ Braddock for his affair with Chrisley, and intends to stay married to her husband, despite his infidelity. Braddock and Leslie are pictured in May 2021

He then got a job as a systems analyst for a research company called Decision Resources Group, before landing a position at an analytics firm called Cognos, as a sales representative.

He also worked for the company SAP Software Solutions from 1989 to 1999. In 2000, Braddock became a partner at the law group, Baer, where he worked for five years.

He was then hired as the Vice President of a real estate software company called Executive Asset Management, LLC. – which is where he worked with Chrisley since it is part of Chrisley Asset Management – in 2005, and stayed there until 2012. 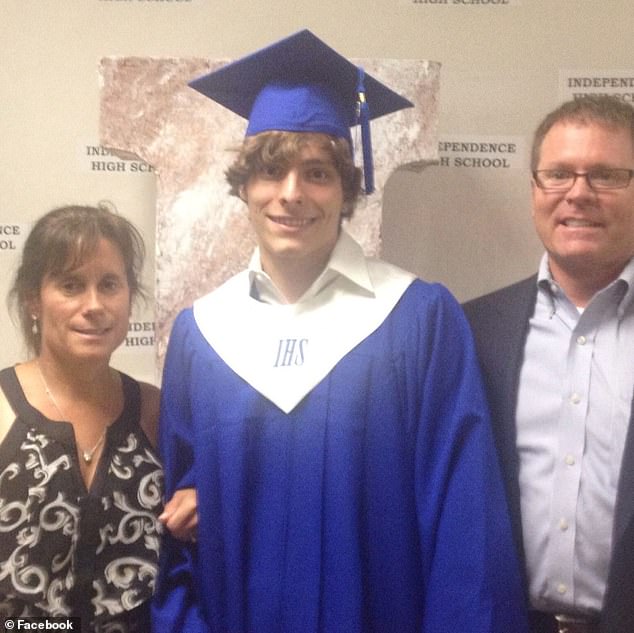 Braddock (pictured with his wife and son in 2014) worked at places like AT&T and SAP Software Solutions, before landing a job with Chrisley 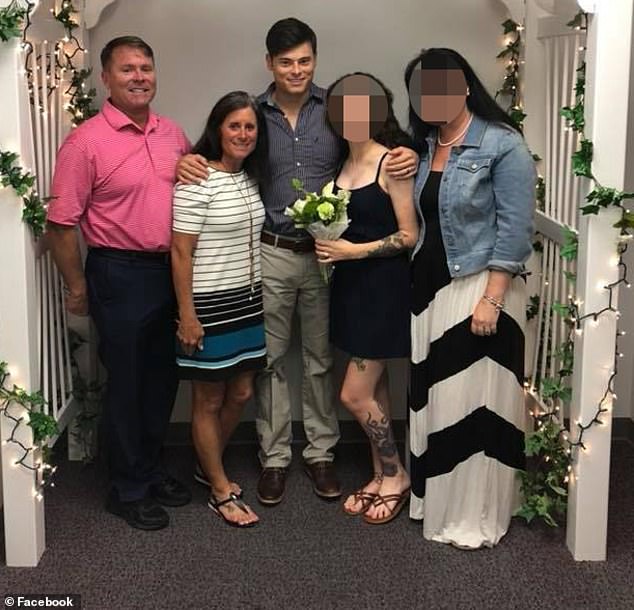 Braddock said he was threatened by blackmailers who claimed to know about their previous affair. They ended up paying $38,000 to keep them quiet. He is seen with his family in 2018

While working at Executive Asset Management, Braddock said in court that he was threatened by blackmailers who claimed to know about his previous affair with Chrisley. 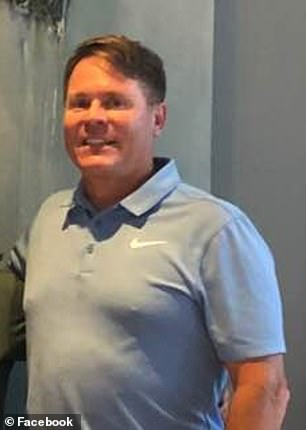 However, the former business partners ultimately had a major falling out which led to the end of their professional relationship

‘Pay cash and we’ll shut up,’ he claimed the blackmailer threatened over text.

According to Braddock, he and Chrisley ended up paying the blackmailer $38,000 to stay quiet.

However, the former business partners ultimately had a major falling out which led to the end of their professional relationship.

In 2012, Braddock said Chrisley threw him out of his office and called the police, which caused Braddock to feel vengeful – and he eventually tipped off the FBI about Chrisley and his wife’s criminal activity.

He went on to became a partner at the Pontchartrain Resources Group – ‘a full-service business consulting organization helping executives to manage technology and business process change to achieve maximum efficiencies in their operations’ – where he currently still works. 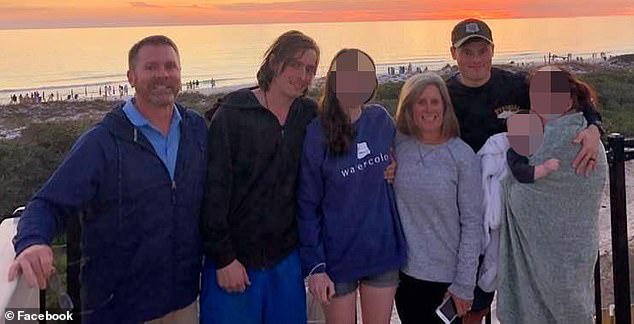 In 2012, Braddock (pictured with his family in 2019) said Chrisley threw him out of his office and called the police. He later tipped off the FBI about Chrisley and his wife’s criminal activity 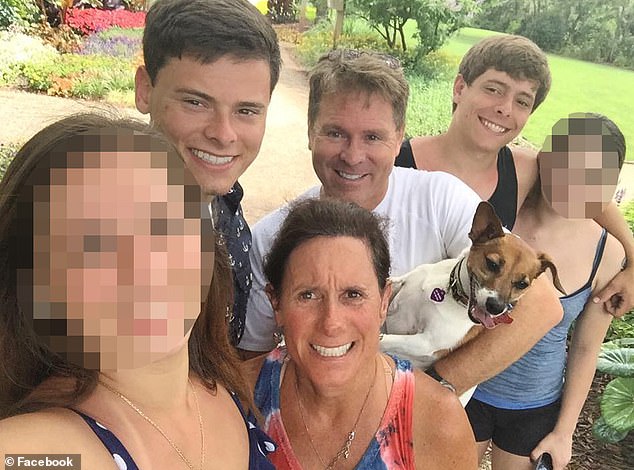 Braddock currently resides in Santa Rosa Beach, Florida, and he is now a partner at the Pontchartrain Resources Group. He is pictured with his family in 2015 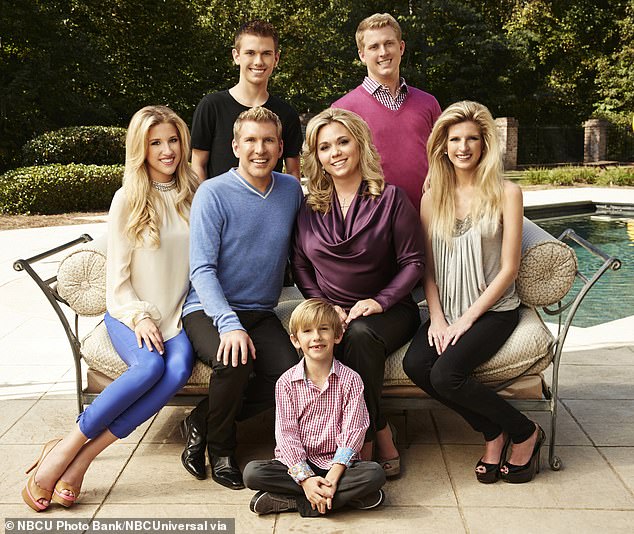 On his USA series Chrisley Knows Best, Chrisley has documented his life as a dedicated father to his and Julie’s five children Lindsie, 32; Kyle, 30; Chase, 25; Savannah, 24; and Grayson, 16

On his USA Network series Chrisley Knows Best – which premiered in 2014 and is currently on its ninth season – Chrisley has documented his life as a dedicated father who was focused on raising a family with perfect manners and strong morals alongside with his wife, Julie, and their five children Lindsie, 32; Kyle, 30; Chase, 25; Savannah, 24; and Grayson, 16.

Prosecutors claimed during the trial that the couple submitted fake documents to banks when applying for loans, and that Julie submitted a fake credit report and fake bank statements when trying to rent a house in California.

Additionally, the couple was accused of using a film production company to hide their income in an effort to keep the IRS from collecting $2 million in unpaid taxes Chrisley that owed the federal government.