The husband of Meghan Markle’s best friend Jessica Mulroney has been forced to step in to defend his wife amid an attack by militant fans of the Duchess of Cambridge.

Supporters of Kate were quick to criticise the Canadian fashion stylist, 40, after she shared an Instagram story encouraging others to ‘spread stories of incredible people’ on their social media platforms.

She added: ‘Pretty pictures are pretty pictures. Strive to use your platform for good and spread stories of incredible people striving to make this world a better place.’

It seemed like a perfectly reasonable and generic comment, but it was seized upon by increasingly militant fans of Kate as a dig at the Duchess, following the release of her portraits of Holocaust survivors earlier this week.

In response, one Kate fan wrote: ‘This was Jessica Mulroney’s IG post today after the Duchess of Cambridge’s Holocaust photos were released. Jessica you should be ashamed. You constantly whine about being bullied, yet it turns out you are the bully.’

It prompted Jessica’s husband, Ben Mulroney, 43, to defend his wife, insisting her post was referring to efforts to raise money for Canadian families bereaved by Flight 752.

The attack on Jessica is another example of the ongoing social media war between super-fans of Meghan and Kate, known as ‘stans’, who go to great lengths to defend their chosen favourite. 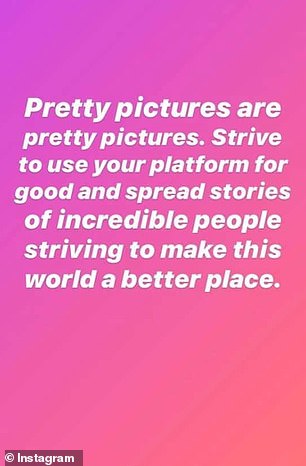 Meghan Markle’s best friend Jessica Mulroney (pictured together in 2016, left) has been accused of throwing shade at the Duchess of Cambridge and her photographs of Holocaust survivors in a recent Instagram story (pictured right) 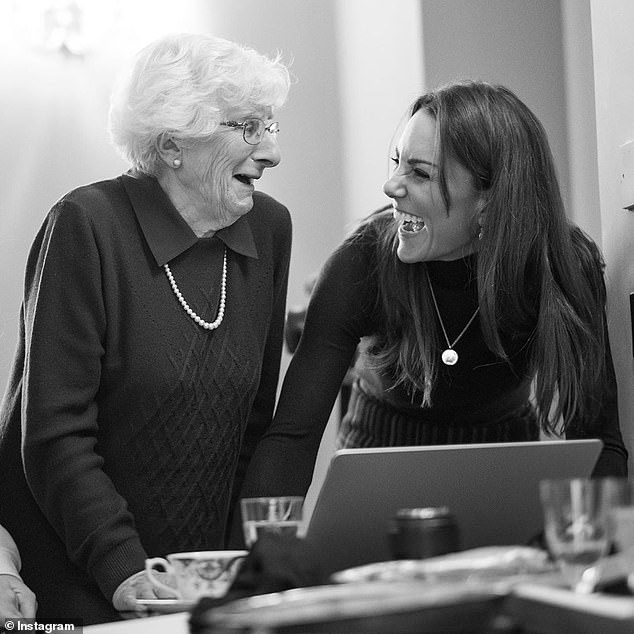 Jessica said: ‘Pretty pictures are pretty pictures’, which was seen by some as a dig at Kate Middleton, 38, following the release of the royal’s Holocaust portraits. Pictured: The Duchess of Cambridge with Yvonne Bernstein, who she photographed

Taking to Twitter today, he said: ‘Yesterday, my wife posted a call on her Instagram to raise funds/awareness for the families of the victims of Flight 752.

‘It was accompanied by an Instagram story that conveyed that actions trump thoughts and prayers. Shame on anyone who has tried to twist it into anything else.’

Yesterday, Jessica shared a video from the Canada Strong Campaign, set up by the founder of Paramount Foods, Mohamad Fakih, to raise funds for the families bereaved by Flight 752. 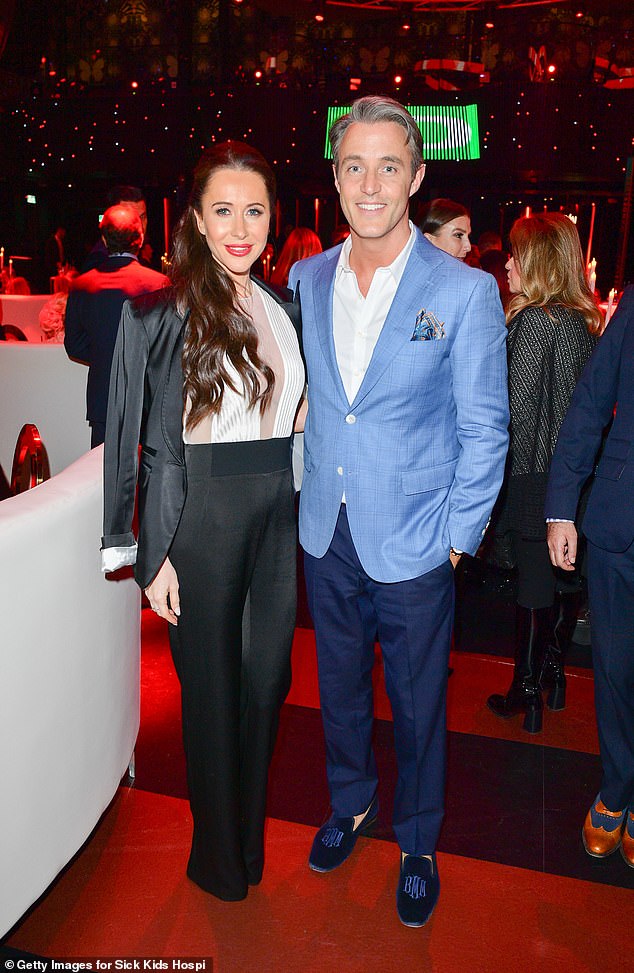 But Jessica’s husband, Ben Mulroney (pictured together in 2018), 43, a TV host and the oldest son of former Canadian Prime Minister Brian Mulroney, rushed to his wife’s defence following the harsh accusations

She wrote: ‘This is what matters. Helping families pick up the pieces after devastation. Mohamad Fakih is just about the best Canadian around.

‘He is trying to raise money for the families who lost their loved ones on flight 752. Link in my bio to help him reach his goal. Please support

She accompanied it with an Instagram story that read: ‘Pretty pictures are pretty pictures. Strive to use your platform for good and spread stories of incredible people striving to make this world a better place.’

However despite her husband’s insistence that it was to encourage more action, loyal fans of Kate’s accused Jessica of throwing shade at the duchess’ Holocaust Memorial Day project – which saw the royal photograph Nazi death camp survivors.

Taking to Twitter today, Ben said: ‘Yesterday, my wife posted a call on her IG to raise funds/awareness for the families of the victims of Flight 752’

One person wrote: ‘Who believes that? She is Meghan Markle’s lapdog, she was throwing obvious, nasty shade at Kate. There is the shame.’

Another said: ‘Here is her IG story. Where does it mention action over thoughts and prayers? And why give anyone shade on how they choose to honour anything?’

However, other Twitter users were keen to stick up for Jessica as they said her comment was in no way about Kate.

‘This is absolutely nuts,’ one person wrote. ‘Why would Jessica share anything about Kate? These haters want validation so bad. Jessica should start reporting and blocking them instead of giving them the attention they crave.’

‘This is sad,’ another said. ‘These internet haters are going too far. This is to shine a light on others, you are not hurting Jessica. Thank you Jessica.’

A third said: ‘People who don’t have anything good happening in their own lives will find anything to criticise about others.

‘They twist your words. We’re not having it. It is a distraction. Thank you Ben Mulroney for being Jessica Mulroney’s champion.’

However, other Twitter users were keen to stick up for Jessica as they said her comment was in no way about Kate