Meghan Markle’s favourite ethical jewellery designer has credited the duchess with having an ‘incredible’ impact upon the women who craft the pieces.

Pippa Small, 50, of Wiltshire, is founder of an eponymous label which sells pieces by women trained by the Prince Charles-backed Turquoise Mountain Foundation in Kabul, Afghanistan.

The label offers a stable employment for women in Kabul, and a means of empowerment for the craftspeople, who can face threats for going to work.

The Duchess of Sussex was first spotted wearing Pippa Small when she stepped out in £6,000 worth of the designer’s jewellery to Princess Eugenie’s wedding in October 2018.

Pippa Small has credited Meghan Markle, 38, with blowing open the conversation about ethical jewellery (pictured at Wimbledon in July 2019, wearing the £1,000 Durgaring)

As well as donning an 18-karat gold diamond bracelet worth £1,720, she wore £3,720 worth of gold rings by the designer, and matching studded earrings.

She has since worn her designs on a number of high profile occasions, including the British Fashion Awards in December last year.

Speaking to Hello! Magazine, Pippa told how the Duchess’ support of the brand has had a tangible impact on the women behind the designs.

‘It’s incredible,’ Pippa said. ‘After years of trying, she’s [Meghan’s] just blown the doors open. The impact on the workshop has been fantastic.’ 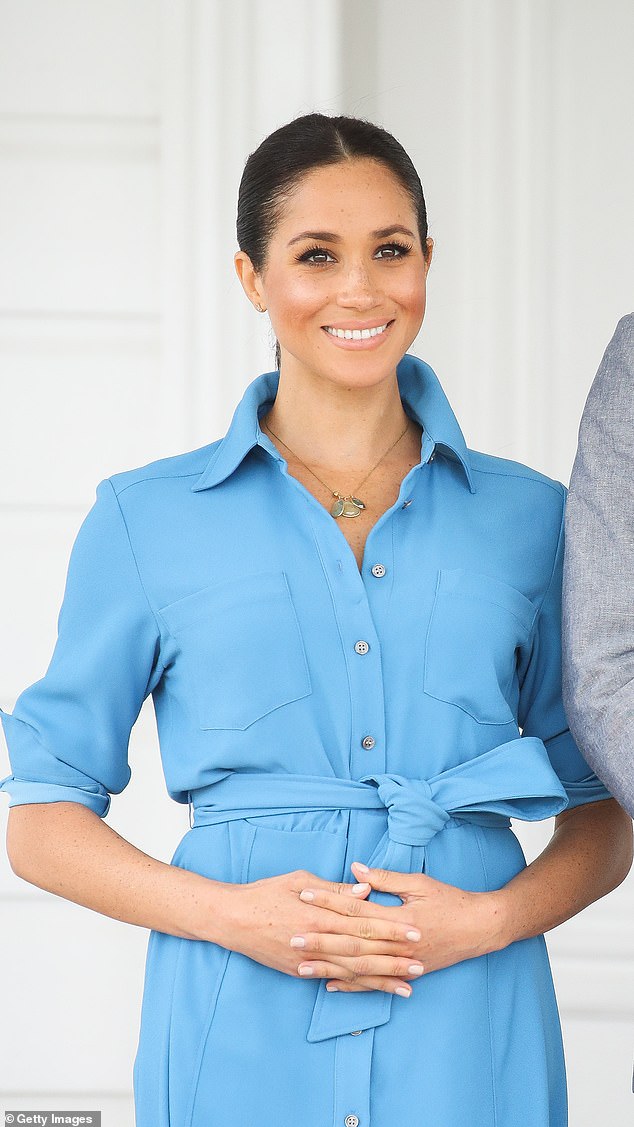 Meghan has frequently worn the ethical jewellery brand throughout the past year (pictured in Tonga in October 2018, wearing the £1,400 Aquamarine Collette Pendant Cord Necklace)

And she went for a layered look for her bracelet, wearing the £360 Wajiha Bangle, the £115 Oshna Bangle and the £160 Omeen Bangle.

The designer said she felt a surge of interest in her ethical jewellery immediately, saying: ‘It was absolutely incredible; it was suddenly like: ‘We need more of this.”

Since then, Meghan has selected Pippa Small’s jewellery on more than 12 occasions, including during the royal tour of Australia and Fiji, when she wore a gold leaf pair of earrings costing £3,175 and £1,400 Aquamarine Collette Pendant Cord Necklace.

Most recently, she wore the £1,000 Durga ring at Wimbledon as she watched the Lady’s Singles Final. 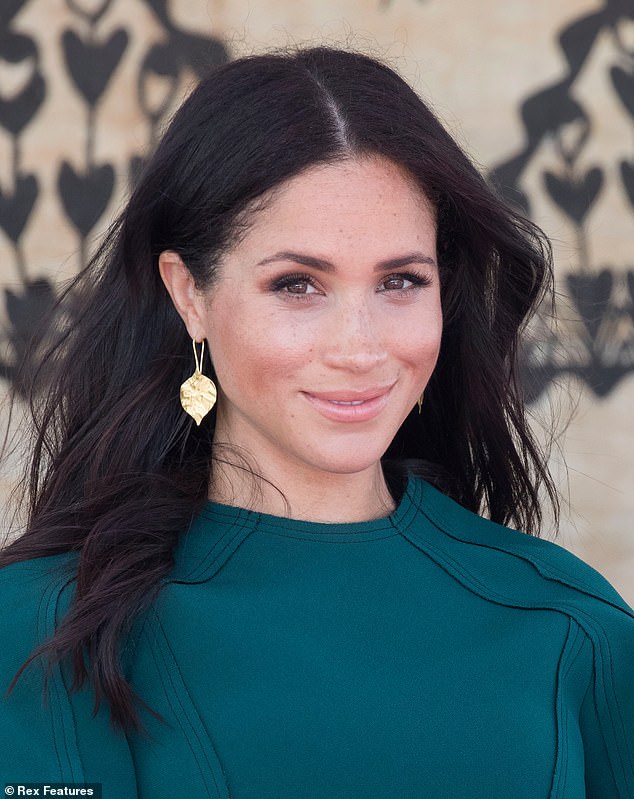 Pippa said the women working on the pieces were ‘thrilled’ by the swell of interest and said that the general public had become more aware of ethical jewellery.

The pieces are handmade in Kabul by artisans trained by the Turquoise Mountain Foundation, which creates jobs for young people who ‘need hope and a sense of purpose in a beautiful country tragically caught up in violence and conflict’.

The non-profit NGO was founded in 2006 by her husband Harry’s father Prince Charles with the former president of Afghanistan Hamid Karzai.

In the 17 years since the fall of the Taliban, the Turquoise Mountain foundation has found some of Afghanistan’s best artisans and helped them preserve and pass on their skills, as well helping them showcase their work in international markets. 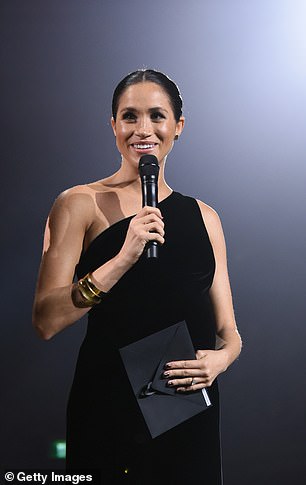 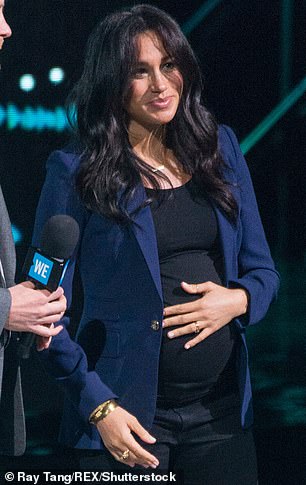 Meghan has continued wearing the jewellery on a number of royal appearances, including at the British Fashion Awards

First started by British diplomat Rory Stewart, the Turquoise Mountain Foundation, which is supported by Prince Charles, the British Council, and USAID, has now worked with some 5,000 artisans.