‘Megyn Kelly Today’ took a 10 percent drop in both overall viewers as well as the key demo in its second episode according to early stats.

Those numbers will likely go up but at this time put the second episode behind ‘Live With Kelly & Ryan,’ which had a 2.2 overall and 0.9 rating in the key demo.

Drip drop: Megyn Kelly dropped 10 percent in overall ratings and the key demo in early numbers for her second episode (Kelly above on Wednesday)

Megyn did manage to beat out her competitors over on ABC Monday, with her debut averaging 2.932 million total viewers as compared to 2.76 million.

‘Megyn Kelly Today’ also dropped in overall viewers and the key demo from its lead in, while also being down from this time one year ago when Al Roker and Tamron Hall were hosting ‘Today’s Take.’

The episodes that aired on Monday and Tuesday last year however fell just before and just after the presidential debate that was viewed by 84 million people, which led to more viewers tuning into the morning shows.

The drop in viewers meanwhile is far, far less than the one Megyn saw after the premiere of her news magazine for NBC earlier this year, which lost half of its audience after the first episode and never recovered.

A 1.9 overall rating, which will likely go up, is still a strong showing for the third hour of ‘Today’ should she be able to maintain that number.

It has been a difficult first week thus far for Megyn, who got trashed by Debra Messing after her appearance and drew the ire of Jane Fonda when she tried to get the screen legend to talk about her plastic surgery during an interview promoting her new film. 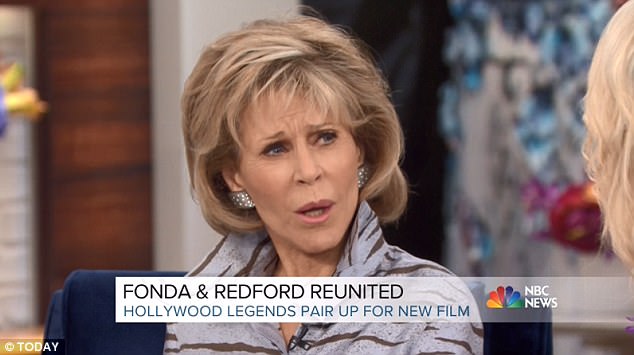 What did you just say: Bad move: Megyn Kelly asked Jane Fonda to speak about the plastic surgery she has had over the years on her NBC morning show Wednesday (above) 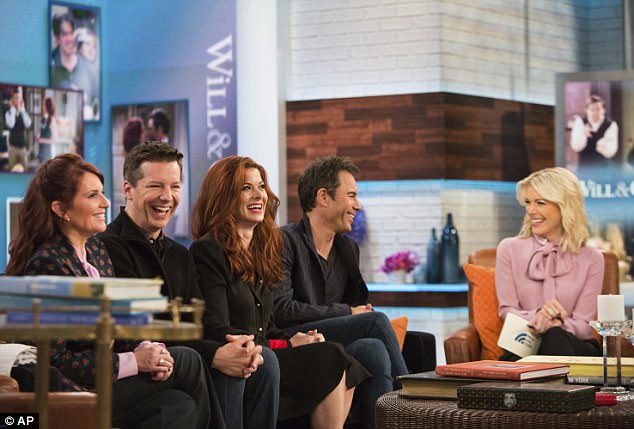 Megyn sat down with Fonda on Wednesday, and in an ill-advised and poorly conceived move, decided to ask the 79-year-old actress to detail the plastic surgery she has had done over the years.

‘You, you’ve been an example to everyone, on how to age beautifully and with strength. And unapologetically,’ began Megyn, nervously drawing out her question.

At that moment a steely Fonda stared Megyn straight in the eyes and very firmly asked: ‘We really want to talk about that now?’

Megyn tried her best to salvage the question, with Fonda at that point glancing over to her guest Robert Redford in disbelief that she was being asked that question while out promoting the pair’s new film, ‘Our Souls at Night.’

‘Well, one of the things people think about when they look at you, is how amazing you look,’ said Megyn.

A composed-as-ever but noticeably chilly Fonda at that point demurred: ‘Thanks. Good attitude. Good posture. Take care of myself.’

That debacle came after Messing, the Emmy-winning star of ‘Will & Grace,’ was asked on Instagram why she appeared on the show with her fellow cast members on Monday.

‘But why did you guys do the Megyn Kelly show? That’s a fail!!’ asked a fan of the actress.

Messing immediately responded to the question, stating: ‘Honestly I didn’t know it was MK until that morning. The itinerary just said Today Show appearance. Regret going on. Dismayed by her comments.’