Memorabilia dealer to fly diamonds on ISS and sell them for £33,700

A British ‘space memorabilia’ firm is planning to fly diamonds to the International Space Station (ISS), bring them back to Earth and sell them for up to £33,700 ($45,000).

Liverpool-based firm The Space Collective, which has previously launched clothing labels and name tags into Earth orbit, plans to send ‘space diamonds’ aboard a SpaceX Dragon capsule in September 2022, as part of the SpaceX CRS-26 mission.

After the launch, the diamonds will spend six months on the exterior of the ISS before being returned to Earth by the SpaceX capsule in May 2023 and given to customers the following month.

The Space Collective is also offering to send physical photos of your friend, family member or pet aboard the same flight for £449 ($337).

Would you like a diamond in the sky? The Space Collective, a space memorabilia dealer that has previously launched clothing labels and name tags into Earth orbit, has announced its latest offering – space diamonds

Both the photos and diamonds will come with documentation detailing their flight history and asserting their flown-in-space status.

Each diamond will also be laser engraved for ‘authentication purposes’, according to The Space Collective.

‘Give the gift of the stars with a genuine Space Diamond that is scheduled to be launched into space up to the International Space Station,’ the firm says on its website.

‘Once aboard, the payload containing this diamond will be deployed outside the space station by the astronauts where it will be exposed to the extreme environment of outer space.’

By the time the diamonds return to Earth, they will have travelled more than 75 million miles and orbited Earth approximately 6,000 times.

The diamonds will be inside the MISSE (Materials International Space Station Experiment), a container that is separate from the ISS – meaning technically they won’t have been inside the main body of the space station. 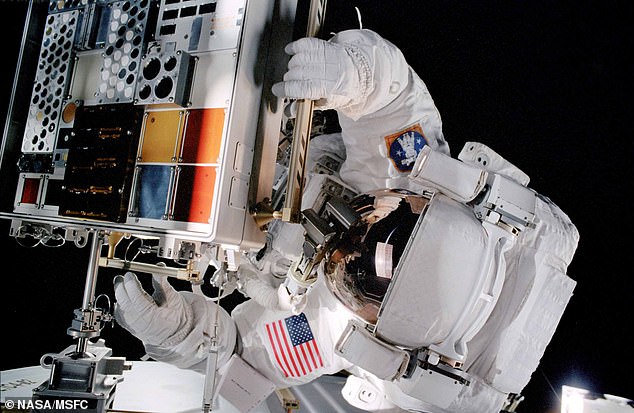 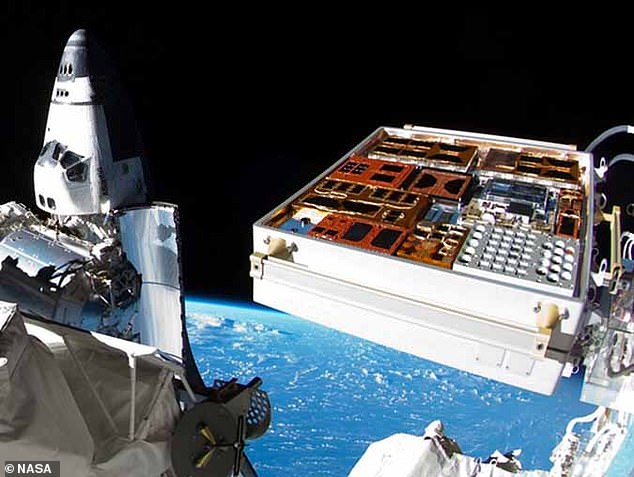 Originally a NASA payload that was deployed from the space shuttle, MISSE has now been commercialised

DIAMOND: THE HARDEST MATERIAL ON EARTH

Diamonds, which are made entirely of carbon atoms arranged in a dense lattice, are the hardest materials on Earth.

The precious stone consists of a clear and colourless crystalline form of pure carbon, the hardest naturally occurring substance.

Most natural diamonds form in the Earth’s mantle at depths of at around 100 miles (150 km), under enormously high pressures and temperatures exceeding 2,700°F.

The Space Collective is launching space diamonds, as well as photos and flags, thanks to a partnership with Aegis Aerospace, the space firm that operates MISSE.

Originally a NASA payload that was deployed from the space shuttle, MISSE has now been commercialised.

‘The payload itself is deployed via the airlock by the space station astronauts who then use the Robotic Canadarm to maneuver it into position,’ Richard Garner, proprietor of The Space Collective, told MailOnline.

‘For those concerned about radiation, fear not, because the payload undergoes decontamination upon its return to Earth so that it, and all of its valuable contents, are safe to handle.’

Customers need to upload their chosen photo as a digital file when they make their order, which The Space Collective itself will print off.

‘Since the photographs are destined for the extreme environment of space, we need to use a particular type of paper and ink as most paper/inks wouldn’t survive the journey,’ the firm says.

The Space Collective’s order deadline for space diamonds, as well as photos and flags, is April 2022.

The company is also launching a payload of small US military service flags and large American flags in February for a similar six-month stay outside the ISS. 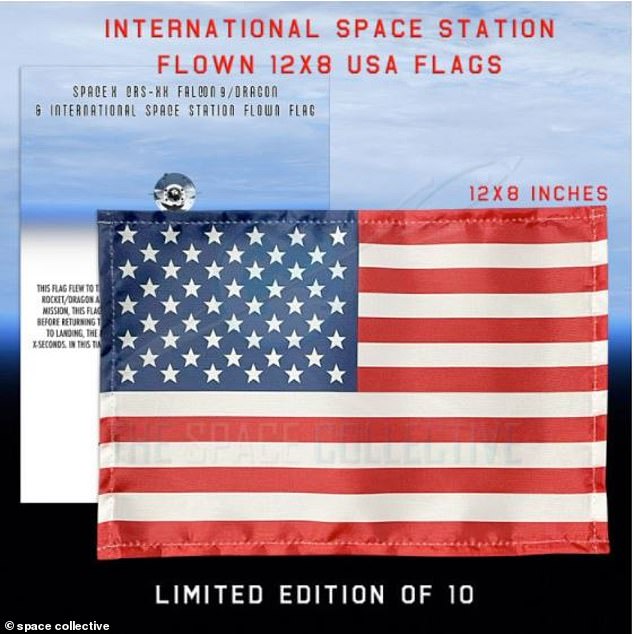 All memorabilia is flown under NASA’s policies for commercial activities on the ISS, as established in 2019 and updated earlier this year.

NASA announced plans in 2019 for tourists to eventually visit the ISS, as part of its plans to ‘commercialise low-Earth orbit’.

HOW DOES NASA PLAN TO COMMERCIALISE LOW-EARTH ORBIT?

NASA announced in 2019 that it would open up the International Space Station (ISS) for commercial business.

Commercial companies will play a role in establishing ‘a sustainable presence’ in low-Earth orbit (LEO), which extends up to 1,200 miles from the Earth.

NASA says that one day it will just be one of many customers in LEO.

NASA says it will:

1. Partner with industry to develop and demonstrate new LEO destinations.

2. Turn over LEO operations to the private sector.

3. Establish commercial use of the ISS, including R&D tests through the ISS national laboratory.

The space agency’s plan to use LEO to make money will help it fund the ambitious upcoming US space projects, including putting the first woman on the Moon by 2024.