A nursery teacher couldn’t help but laugh hysterically as two frisky horses put on an x-rated display and interrupted her story time video for her toddlers.

Since the coronavirus lockdown, Eloise Roberts, 32, has been making videos and projects to keep the children busy while they’re stuck at home.

Instead of filming another video on the sofa, Ms Roberts, from Moreton, Merseyside, decides to take advantage of living on the grounds of a horse riding school, run by her partner Steph Smith, 29.

Eloise Roberts, 32, from Moreton, Merseyside, was reading to her nursery school pupils when her horses started to put an x-rated display in the background 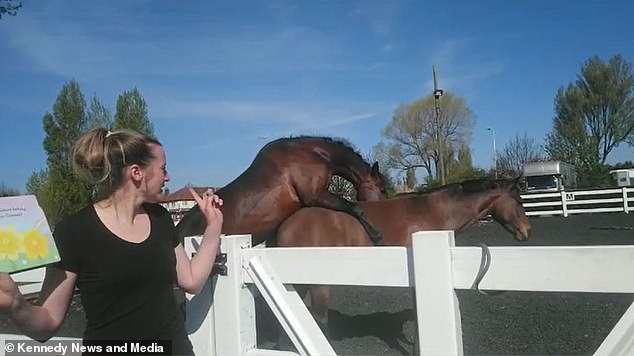 In the unintentionally risque video, Ms Roberts is reading a book about two playful unicorns when the horses Sarsons, six, and Anakin, five, decide to play their own amorous game in the background.

While reading she is blissfully unaware of what is going on behind her and continues telling the tale of Pop-Up Peekaboo! and the character Cupcake.

Curious about the commotion she can hear behind her and why Ms Smith is chuckling to herself while filming, she turns round to find one of the horses on top of the other in a rather compromising position. 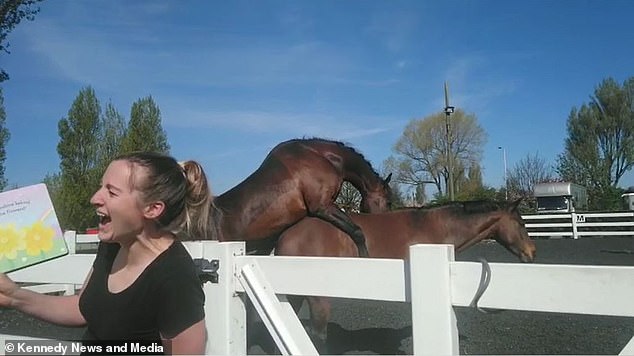 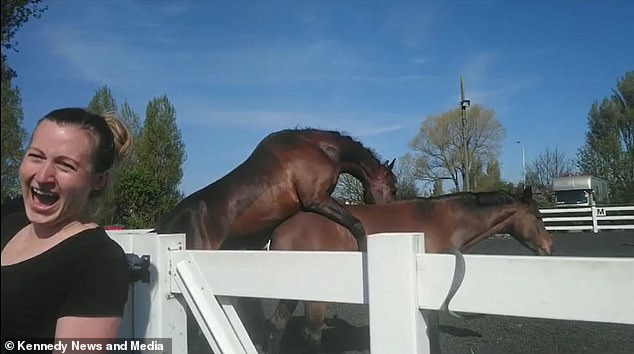 The teacher is left in stitches and has to stop reading the book while Ms Smith moves the camera towards the horses and reveals just how frisky they are being.

After two failed attempts at reading the book with Sarsons and Anakin, Ms Roberts finally had to give in and film in front of a different field because the horses couldn’t keep their hooves off each other.

She decided to post the hilarious video on Facebook for her family and friends to watch because it was far from appropriate for kids. 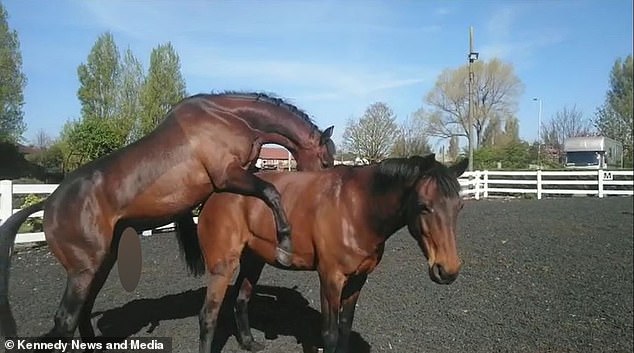 The nursery teacher said: ‘I was trying to do a little video for the kids, something different instead of being sat inside on the sofa, but the horses had other ideas.

She said the younger horse, Anakin, was only castrated last year which means he is still a bit frisky but she wasn’t expecting what she saw.

‘The whole time they’d been out in the field they hadn’t been doing that then as soon as I started reading they started. They must have been bored of my story,’ she added. 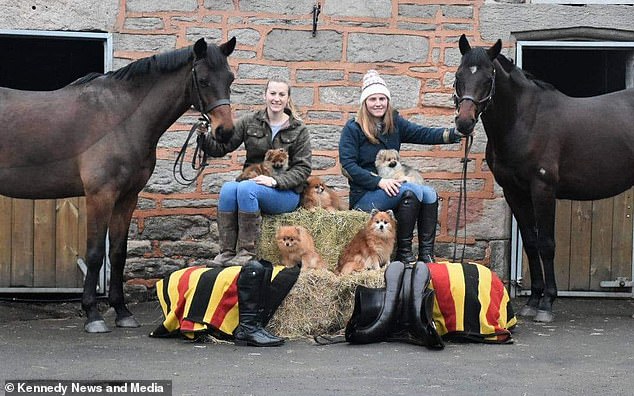 Ms Roberts (left) and her partner Ms Smith (right) were in hysterics after they saw Anakin, five, and Sarsons, four, enjoying their romantic encounter 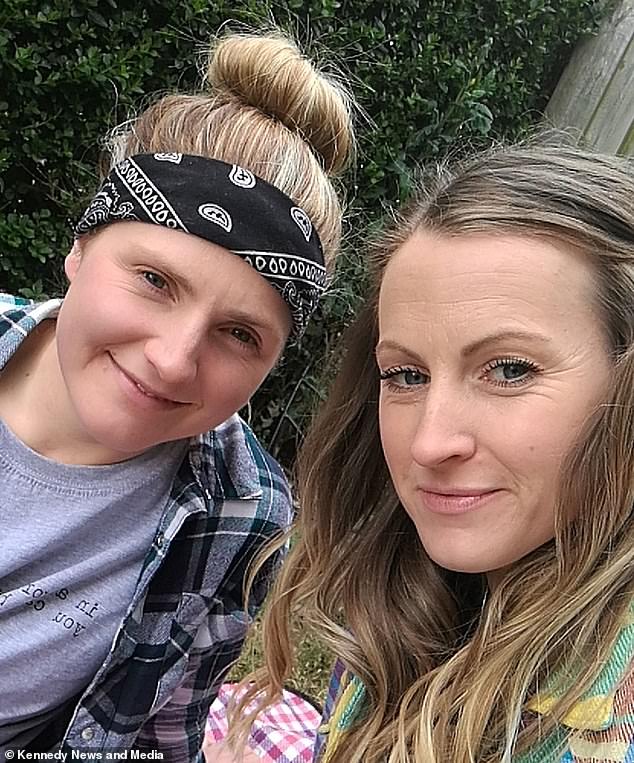 The nursery teacher (right) decided the video, recorded by her partner (left), was too funny not to share and posted it on her Facebook for friends and family to enjoy

‘I could see Steph laughing and I could hear that the horses were up to something behind me.

‘I didn’t want to stop reading to look but as I did I burst out laughing too. We tried to film it a second time but they just kept doing it. It was hilarious.

‘Everyone thinks it’s hilarious and my friends have been messaging me to tell me they just keep watching it. Everyone needs a laugh at the moment.’