The video is believed to be taken by the ‘sicarios’, or hitmen, who are members of the drug cartel La Familia Michoacana, according to El Universal.

It shows at least seven of the hitmen waiting in the woods, brandishing machine guns before a police SUV drives by and the armed men open fire. 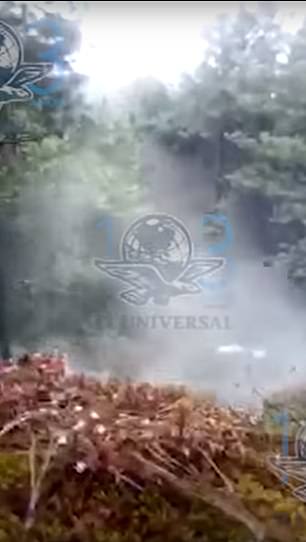 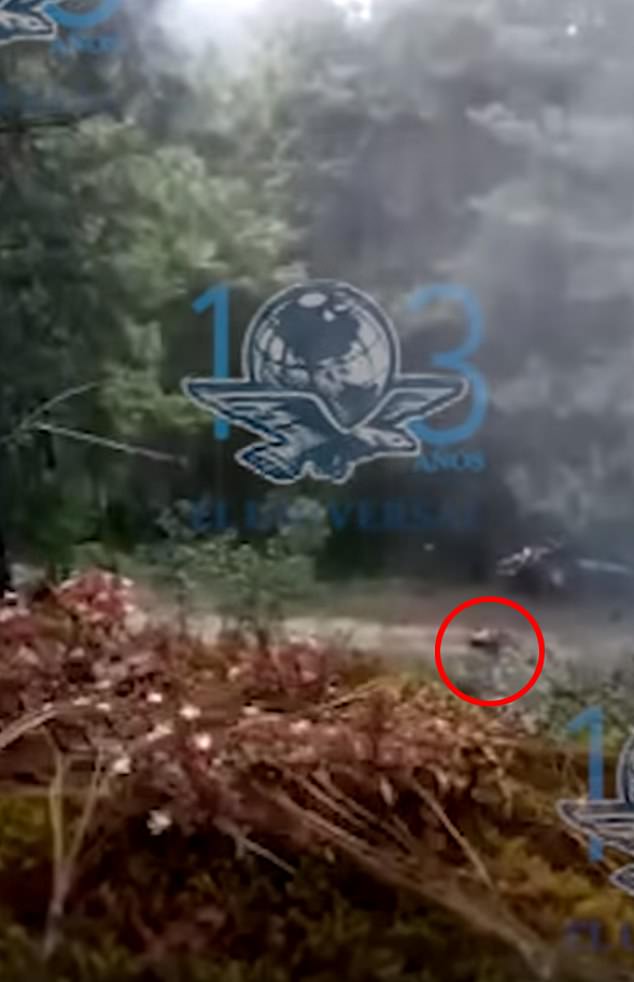 Four officers were killed while a fifth miraculously survived, circled is one of the officers escaping

At the start of the video, the man behind the camera says in Spanish: ‘State [police] commandeer, we’re coming for you.’

‘We’re going to kill the state police here because they’re sticking their noses into our business,’ the man adds.

He pans the camera, showing other men waiting on rocks and wearing bullet proof vests with their automatic weapons in hand.

The video is edited and cuts to a view of a dirt road in the forest.

That’s when the Mexican state police come into view and the sicarios open fire immediately. 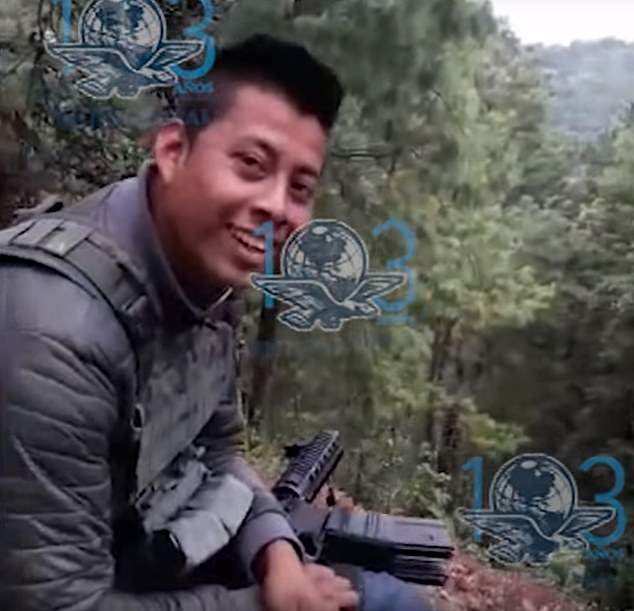 The men recorded themselves carrying out the violent attack 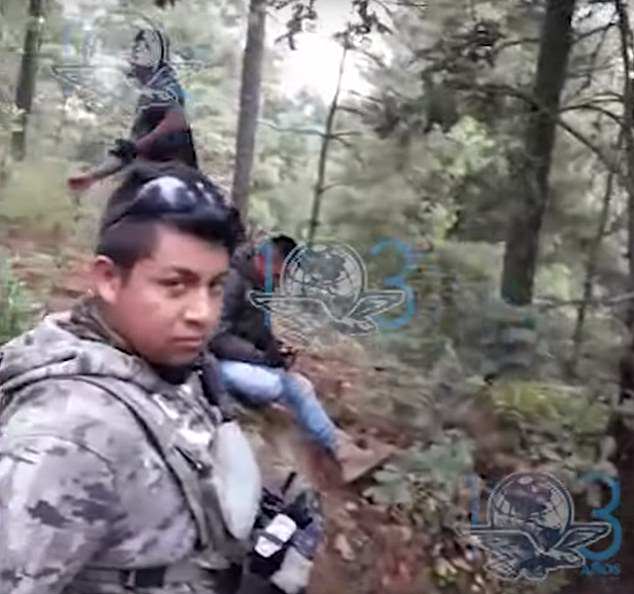 Once hit, the SUV tumbles on its side and off the road.

One officer can be seen outside of the car scrambling to safety during the gunfight which lasted for more than 55 seconds.

Four officers were killed while a fifth survived.

Police say they have arrested one of the gunmen and that the video is serving as evidence against him.

Mexican authorities are now investigating how the video leaked online. 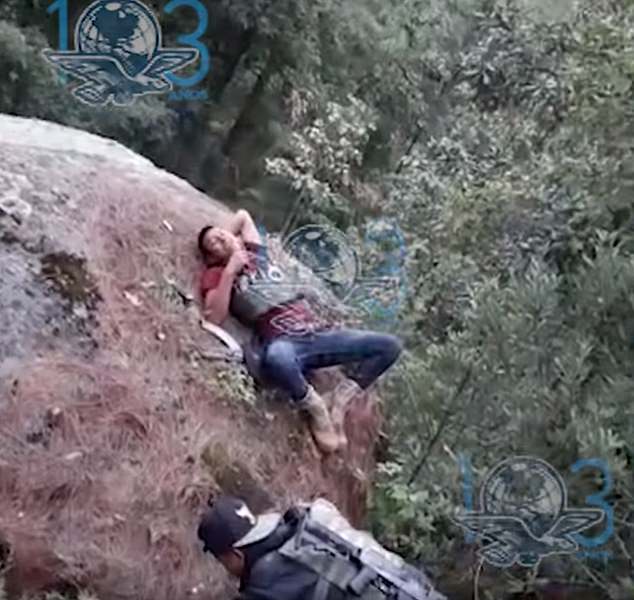