Latin singer José José has died at the age of 71 after a two-year battle with cancer.

The Mexican icon, also known as El Principe De La Cancion, or The Prince Of Song, died in a South Florida hospital on Saturday, his assistant told the Los Angeles Times.

While his cause of death hasn’t been announced, it was known that he was fighting pancreatic cancer, a diagnosis he revealed to his adoring public in 2017.

Playing the big house: Jose Jose, who received Billboard’s Lifetime Achievement Award at the Latin Billboard Awards in Coral Gables, Fla., on April 25, 2013, lost his fight with cancer on Saturday. He was 71 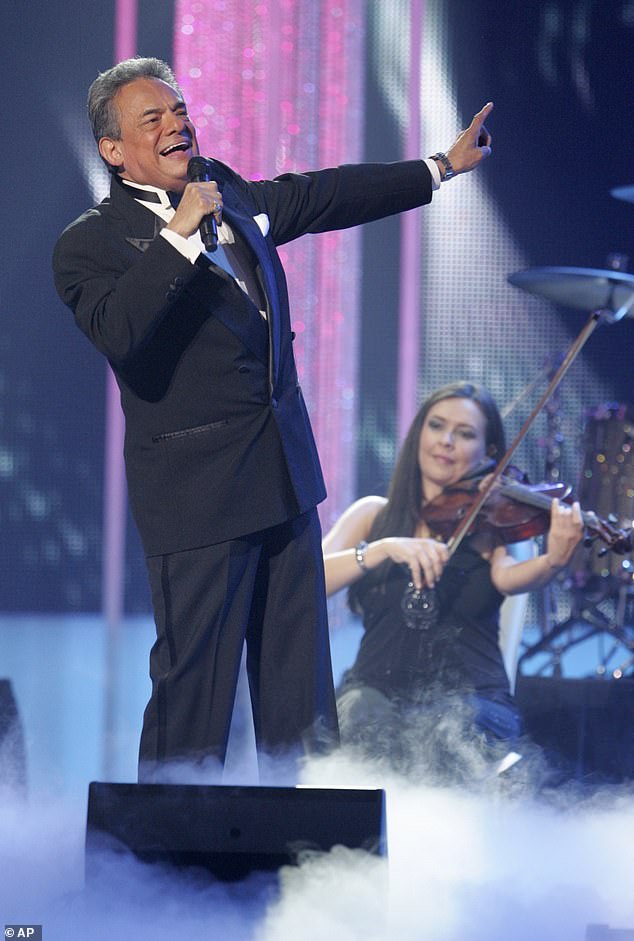 Giving it his all: Jose Jose performed at the Latin Billboard Awards in Coral Gables, Fla., on April 28, in 2011. Over the course of his five-decade career, he sold more than 120 million records, making him one of the most successful Latin American singers in history

In a video published in March of that year, José José, full name José Rómulo Sosa Ortiz, told fans he would be receiving chemotherapy to remove the tumor.

‘I want to be the one to inform you guys what is happening in my life and career, like I have been doing all my life,’ he said in Spanish.

‘I want to you to know that aside from the small tumor, I am well. I am ready to take on this new adventure in my life.’ 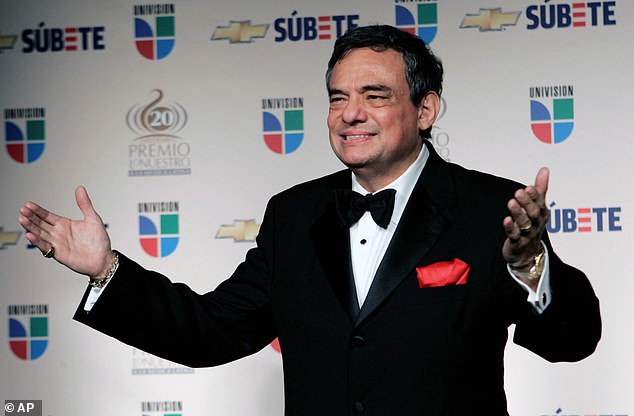 Suited up: The star posed for snappers backstage at the Premio Lo Nuestro Latin Music Awards in Miami on February 21, 2008 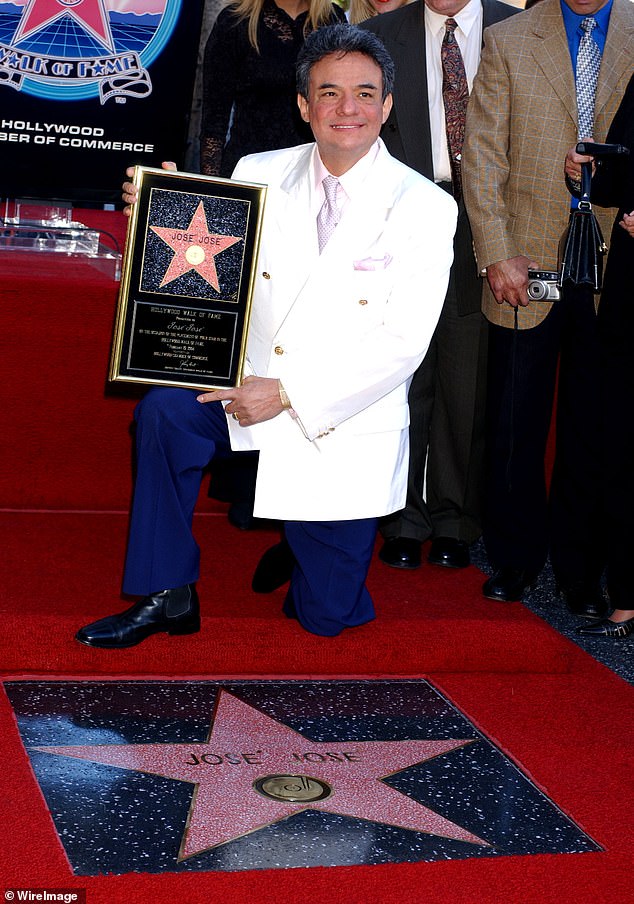 Icon: Jose receives his star on the Hollywood Walk of Fame in 2004

The following year he released his second album La Nave Del Olvido, becoming a household name in 1971 for his version of Roberto Cantoral’s song El Triste at a music festival in Mexico.

The power of his voice and ability to sing technically difficult tunes at a high register made him a treasured cultural icon in Latin America.

Over the course of his five-decade career, he sold more than 120 million records, making him one of the most successful Latin American singers in history.

José José also worked on television and in film, where he starred in 14 movies. In 2004, he received a star on the Hollywood Walk Of Fame at 7036 Hollywood Blvd.