The New York ‘taxi king’ who partnered with Donald Trump lawyer Michael Cohen turned down a plea deal with considerable jail time only to get a considerably sweeter no-jail offer after authorities raided Cohen’s home and office.

Evgeny A. Freidman, a Russian immigrant known as ‘the Taxi King,’ avoided jail time and got five years probation when he pleaded guilty to tax evasion last week.

As a condition, he reportedly must cooperate with prosecutors, who may find him to be a valuable witness as they investigate Cohen on potential tax, campaign finance, and bank fraud charges.

But back in April, he turned down a different offer that would have him spending a minimum of two years in prison, CNN reported.

That deal would have involved between two and six years in jail, and paying a $1 million fine – as he faced charges of failing to pay $5 million in taxes for his taxi business, according to court transcripts.

Freidman turned down the offer, and the state attorney general said it was withdrawn.

But days later, on April 9, the FBI raided Cohen’s home, office, and hotel where he was staying. They scooped up 3.7 million digital documents, according to what was said in court Wednesday.

By May, Freidman was in a position to accept a deal that was considerably better.

If Freidman is able to provide useful information, it might strengthen prosecutors hands if they decide to charge Cohen.

Enlisting Cohen’s cooperation could aid in the effort to investigate Trump, as the Russia probe advances in its second year.

Freidman’s deal, which includes a stipulation that he cooperate with authorities, was reported by theNew York Times.

He could have been facing 100 years in prison if convicted. Instead, he got five years probation and pleaded guilty to evading $50,000 in taxes – but must assist prosecutors. 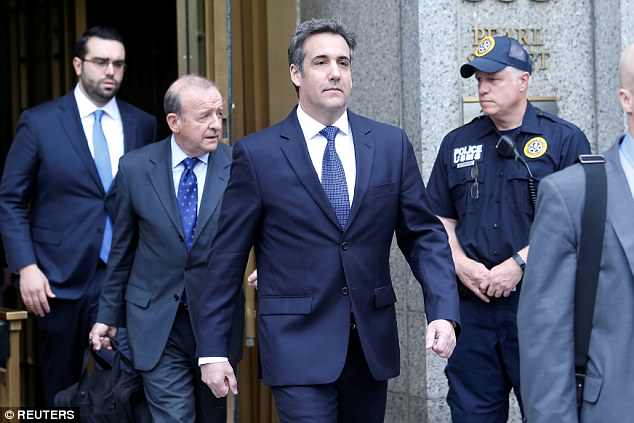 Freidman was disbarred and charged with neglecting to pay $5 million in taxes owed. He faced four counts of fraud which each could have brought 25 year jail sentences if convicted.

Officials said the taxes are from 50-cent Metropolitan Transportation Authority surcharges between 2012 and 2015.

After the plea deal, Cohen tweeted: ‘I am one of thousands of medallion owners who entrust management companies to operate my medallions according to the rules of the NYC Taxi and Limousine Commission. Gene Freidman and I are not partners and have never been partners in this business or any other.” #MediaWrongAgain’

‘The ‘Taxi King’ built his empire by stealing from New Yorkers – pocketing money that should instead have been invested in our transportation system,’ said State Attorney General Eric Schneiderman after he was charged.

Freidman was arrested in June and charged with taking part in that alleged crime.

He owned hundreds of the New York City-issued medallions – another term for permits – that allow yellow cabs to operate.

The offense he pleaded guilty to was a far smaller crime – a single count of evading only $50,000 worth of taxes. The judge overseeing the case said Freidman would face five years of probation if he fulfills the terms of his agreement.

The plea to a lesser charge is a possible indication the authorities valued whatever information he may have.

The move puts additional pressure on Cohen, who some Trump advisors have predicted will himself give in to pressure and cooperate with investigators in the southern district of New York. 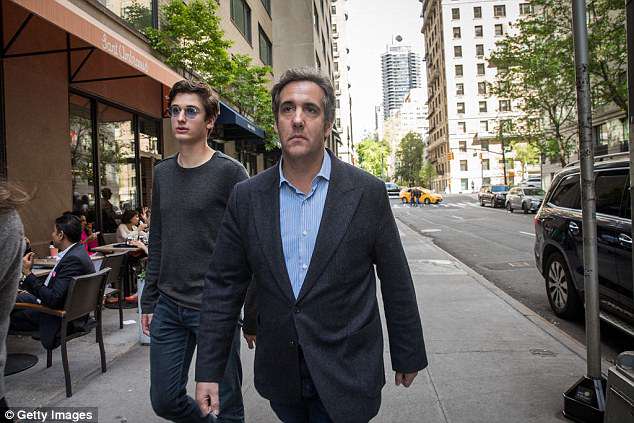 Special Counsel Robert Mueller referred his case there before the FBI conducted raids on Cohen’s home and office.

Cohen owes New York nearly $54,000 in unpaid cab medallion taxes, amid claims the FBI seized records relating to his taxi empire during raids on his office and hotel room. 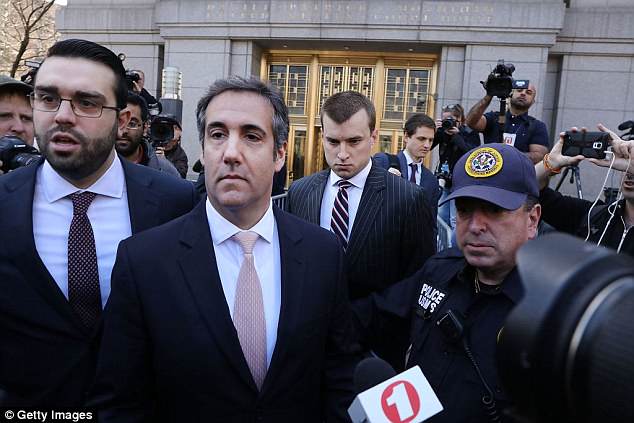 Cohen and his Ukraine-born wife, Laura, 48, own at least 32 yellow cab permits and are required to hand over 50 cents to the state for each journey, with the money funding public transport.

But this has not happened for many of medallions – another name for permits – that Cohen owns, leading to an unpaid bill of $53,836, according to New York State’s Department of Taxation and Finance.

The deal would require him to cooperate with state and federal prosecutors.

Prosecutors are already combing through Cohen’s financial records, including big payments he got from major firms as he touted his access to President Trump after the elections.

The president revealed last week on his financial disclosure that he ‘reimbursed’ Cohen for expenses related to a payment of up to $250,000.

Cohen is under investigation for possible bank fraud. He has said he took out a home equity loan in order to make the payment to Daniels, which he executed through a Delaware LLC he set up in October of 2016, weeks before the presidential election.

Cohen is known as a ‘fixer’ for Trump, and assisted him on an array of deals, including a plan to build a Trump Tower Moscow that never got off the ground but that Cohen discussed with Russian officials even during Trump’s run for office.

He’s also regularly threatened lawsuits against those who pose a challenge to Trump and has worked with tabloids to kill unfavorable stories about Trump.

President Trump bristled following the targeting of his longtime lawyer and campaign confidant.

The president called the April federal raid on Cohen’s office ‘an attack on our country and what we all stand for.’

‘This is the most biased group of people. These people have the biggest conflicts of interest I’ve ever seen. Democrats all, just about all,’ Trump said, although Mueller himself is a Republican.

Trump later praised Cohen during an interview on ‘Fox & Friends.’

He said Cohen – whom he called a ‘good guy’ – was being investigated over his own business dealings.

‘Let me just tell you that Michael is in business,’ he said.

‘He’s really a businessman at fairly big businesses, I understand. And I don’t know his business but this doesn’t have to do with me. Michael is a businessman. He’s got a business. He also practices law.

‘Today, the ‘Taxi King’ admitted that he built his empire by stealing from New Yorkers,’ said New York Attorney General Barbara Underwood. ‘Freidman pocketed money that should have provided much-needed investment in our transit system – and he’ll now have to pay back every cent. Our office will continue to hold accountable those who cheat the system.’

According to the AG and the acting taxi commissioner, Freidman and his business partner stiffed taxpayers out of the 50 cent ‘MTA tax’ assessed on each ride.

‘During this four-year period, these taxicabs provided millions of rides to millions of New York City passengers. The vast majority of those rides were subject to a 50-cent New York State Tax known as the ‘MTA Tax,’ which was automatically collected from passengers as part of their fare,’ according to the joint statement.

‘Instead of remitting that tax to the DTF as required by law, Freidman and [Taxiclub Management CFO Andreea] Dumitru allegedly orchestrated a scheme to withhold that money by improperly filing returns, failing to file returns, failing to remit the tax on filed returns and by filing falsified returns which underreported the true number of taxable rides. Through this scheme, Freidman and Dumitru allegedly withheld nearly $5 million in taxes from the State of New York that had been collected from passengers.’