Two men who accuse Michael Jackson of abusing them as young boys have both said the late pop star told them ‘they were his first’.

In their first TV interview ahead of the explosive Leaving Neverland documentary, Wade Robson and James Safechuck told CBS This Morning that the singer made them feel special as they had been ‘chosen’ by him.

Wade, now 36, who met Jackson when he won a dance competition aged five, said: ‘It was, again, the feeling was, “Out of all the kids in the world, here I am and Michael chose me” and he also told me that, you know, “I’ve never done this with anybody else”. Yeah. So that was more, too. Wow. He chooses me and he loves me.’

Safechuck, now 40, who met the pop icon filming a Pepsi advert around his ninth birthday added: ‘Yeah, I mean, it’s all the same. You know, he did the same thing to me, as well.’

James said wasn’t frightened at the time, adding: ‘It’s in the context of a loving, close relationship so there’s no alarm bells going off in your head or any thoughts like that.

‘Really, it’s just, “I love this person and we’re trying to make each other happy”. And he said I was his first. But even as a kid, you don’t even know what that means. You don’t — you don’t even question it further than that.’

The Michael Jackson estate has vehemently denied the shocking accusations against the late star made in HBO film Leaving Neverland.

Brothers Jackie, Tito and Marlon Jackson also appeared on CBS This Morning to denounce the upcoming documentary, which will air on March 3 and 4.

Wade Robson, right, and James Safechuck, left, both said the late pop star told them ‘they were his first’ as they accuse the star of abusing them at his Neverland home 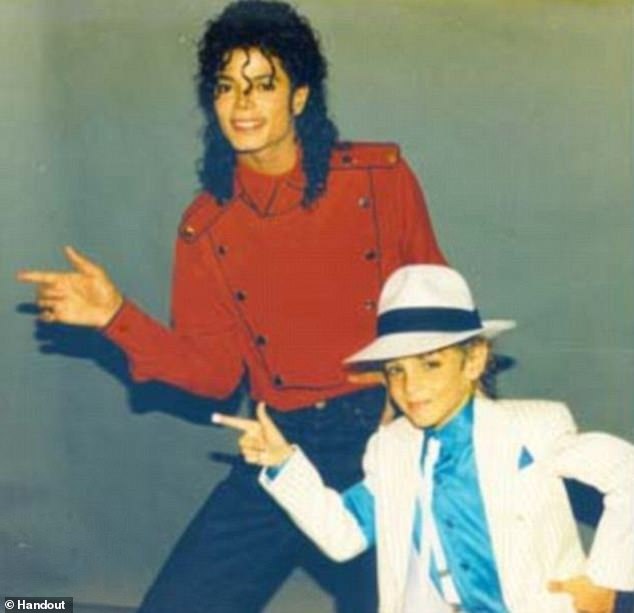 Wade, right as a child, met Jackson when he won a dance competition aged five 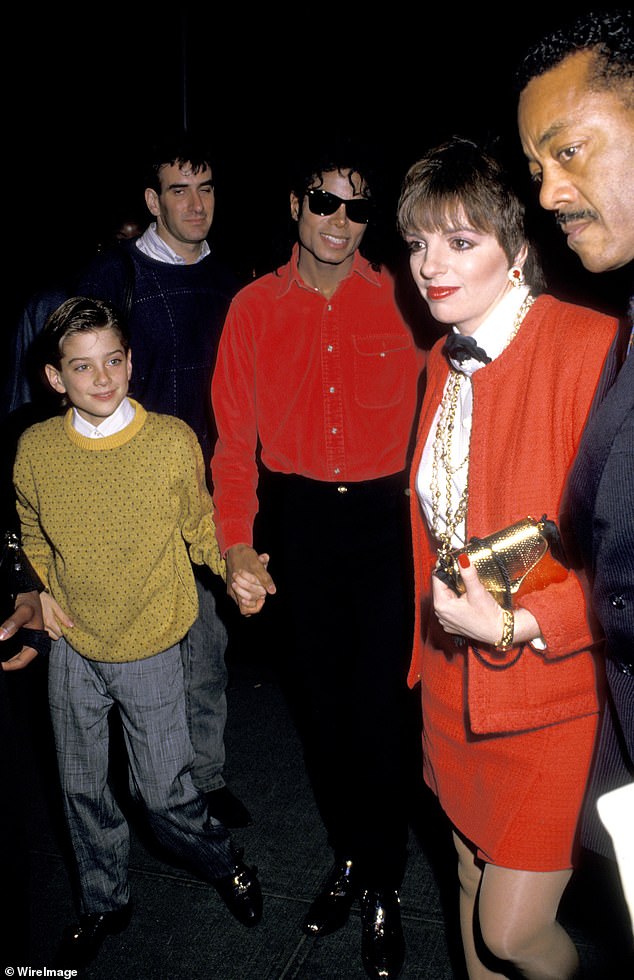 James Safechuck, pictured holding hands with the star, met him as a child on a Pepsi advert

But Robson and Safechuck claim the King of Pop raped and sexually abused them during sleepovers at the Neverland ranch.

In Leaving Neverland the pair reveal lurid details of how Jackson allegedly groomed them before engaging in sexual acts.

It claims Jackson gave his young male victims jewelry in exchange for sexual acts and even accuses the star of staging a mock wedding complete with vows and a diamond ring with one boy, film critics who have seen the documentary have said.

And Robson told CBS he believes there were ‘many’ other boys abused by Jackson.

He said: ‘I find it hard to believe that he had boys around for any other reason than to sexually abuse them.’

When questioned about whether they would have made the documentary if Jackson was still alive, Robson adds: ‘I mean, it’s hard to speculate as to what would be the situation if Michael was still alive.

‘If I guess, if I could speculate — if Michael was still alive and all of the other rest of the details of my life were the same, meaning I became a father, right?

‘And I went through the same process that I did of this realization and going through the healing process, my belief is that we’d still be doing this.’

But Safechuck is less certain, adding: ‘I don’t – yeah, I don’t know. Would I have taken this to my grave? I certainly planned on doing that.

‘I had no expectations of ever telling anyone. So, you know if he — if he was still alive, yeah, I don’t know. Maybe I would have taken it to my grave.’ 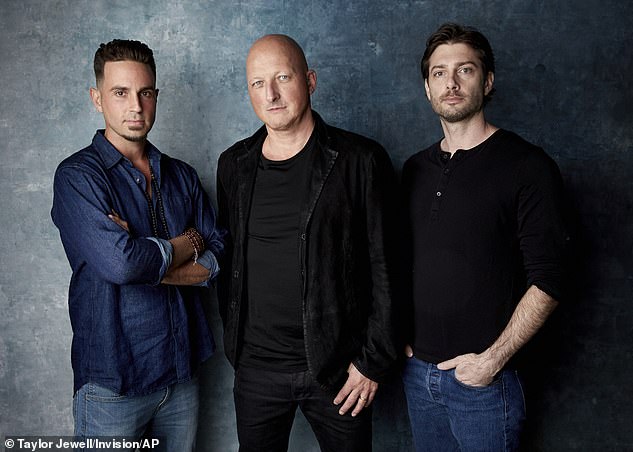 Wade Robson, left, and James Safechuck, right, claim the King of Pop raped and sexually abused them during sleepovers at the Neverland ranch in a HBO documentary. They are pictured here with the documentary’s director Dan Reed, center 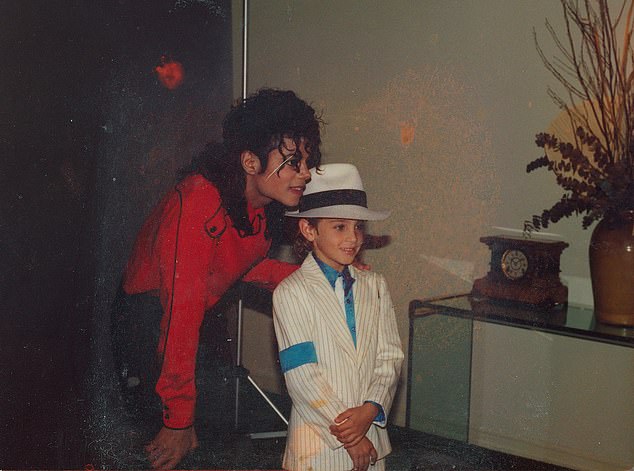 Reacting to the documentary the late singer’s estate branded it ‘the kind of tabloid character assassination Michael Jackson endured in life, and now in death’.

In a statement, it also accused Robson and Safechuck, of being ‘two perjurers’, in reference to sworn statements they gave while Jackson was alive stating he had not molested them.

The estate also referred to Robson and Safechuck as ‘admitted liars’ and accused them of trying to ‘achieve notoriety and a payday by smearing’ Jackson.