A suburban Detroit police chief has been put on paid leave pending the outcome of an investigation into social media posts in which he called for ‘body bags’ for ‘vicious subhumans’ protesting the death of George Floyd.

The township’s attorney, Robert Huth, explained that suspension with pay is normal during a pending investigation because all township workers are afforded the same right to due process ‘and enjoy a presumption of innocence’.

Screenshots posted on Facebook show that one tweet read: ‘Trump threatening to deploy the military. I have a better idea: unleash real cops and let them take care of these barbarians. I promise it will be over in 24 hours. Cops are crippled by politicians and the media.’

In another post he retweeted a video showing NYPD roughing up someone.

Another read: ‘Wild savages. I wish to God I would have been there. Body bags for these vicious subhumans.’ 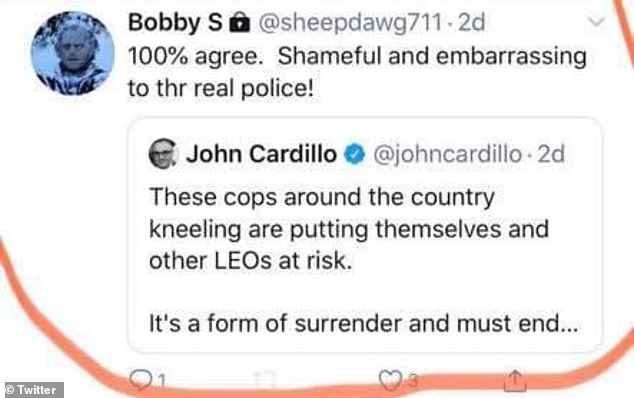 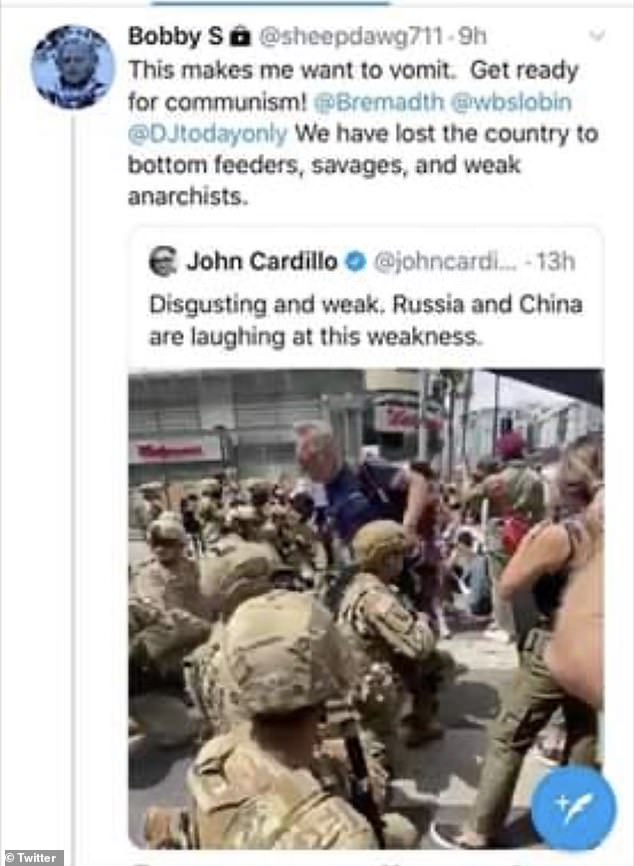 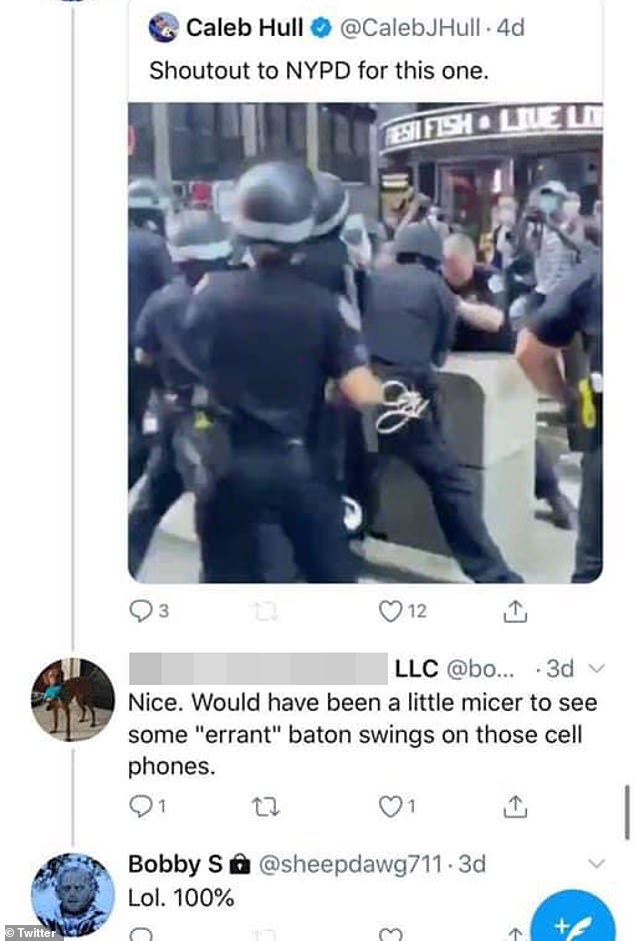 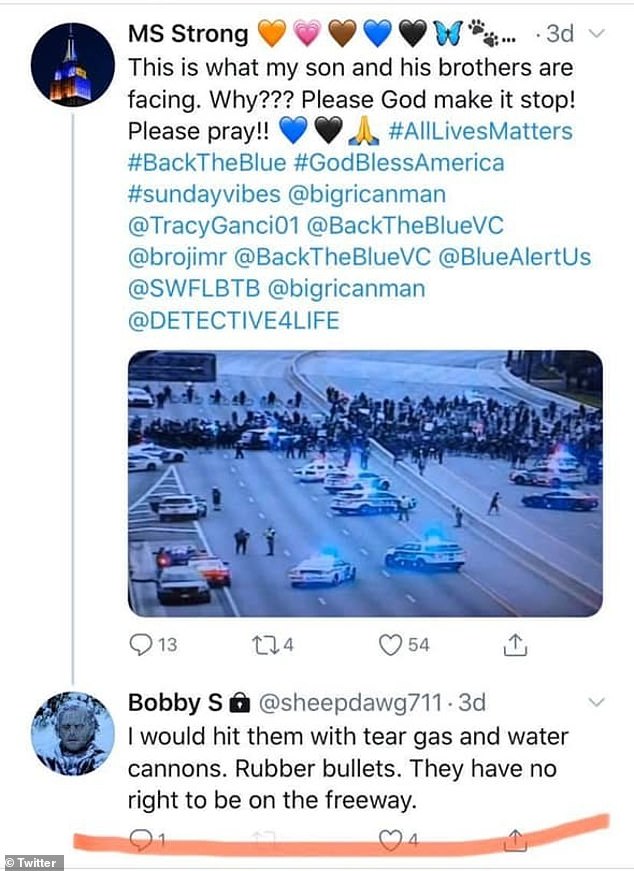 Officials are investigating inflammatory tweets above that Shelide posted online

Shelide, who has been Shelby Township’s police chief since 2015, released a statement Thursday in which he apologized.

‘While an apology is insufficient and an insult to the gravity of my comments, I humbly and respectfully ask for the courtesy of forgiveness to those I have offended, to my department and more importantly to those I am sworn to serve.

‘My record speaks to the commitment and professionalism that I have exhibited for more than 30 years without incident, both of which were compromised by my emotion. During my administrative leave issued by the department, I will fully cooperate with the investigation, and seek the support and counsel necessary to ensure that my behavior and comments going forward more accurately reflect my character and person.’ 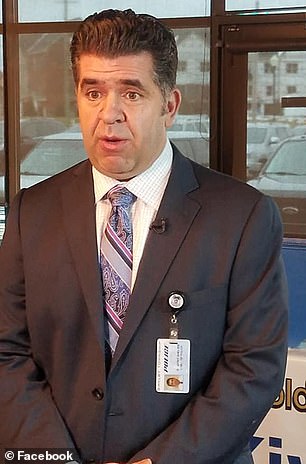 Shelide, who has been Shelby Township’s police chief since 2015, released a statement Thursday in which he apologized

Township Trustee John Vermeulen said to the Detroit News that he agreed with Shelide being placed on paid leave but has ‘high confidence’ in the chief.

‘He’s been a police officer since 18, he’s worked in Detroit, he had a meteoric rise in Southfield and helped modernize our department,’ Vermeulen said. ‘I know he is very well-respected by the community and by his fellow officers.’

‘I’ve never seen anything like this in the chief’s behavior,’ the trustee said. ‘This is completely out of character. He’s very professional and bonds with victims. This is very surprising.’

Shelide could not be reached for comment. His secretary referred The Detroit News to Brad Bates, the township’s director of communications, who did not reply to several voicemails. 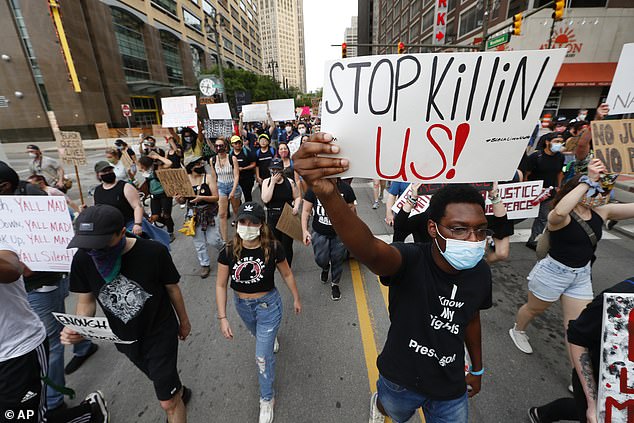 Demonstrators march in Detroit on Thursday, June 4, during a protest over the death of George Floyd, who died May 25 after being restrained by police in Minneapolis. 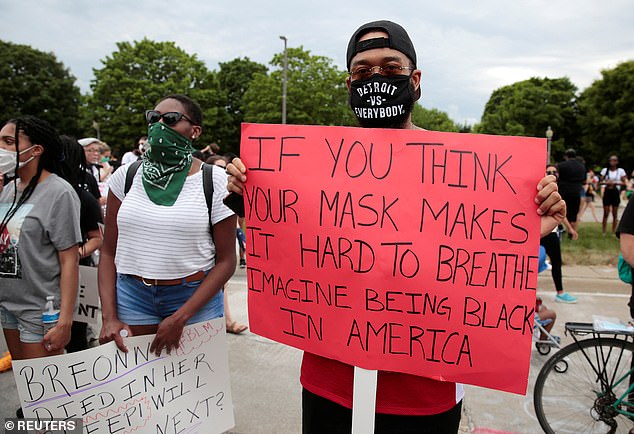 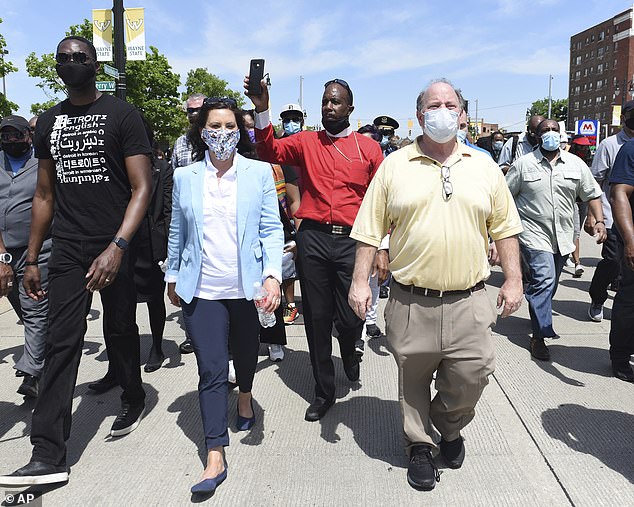 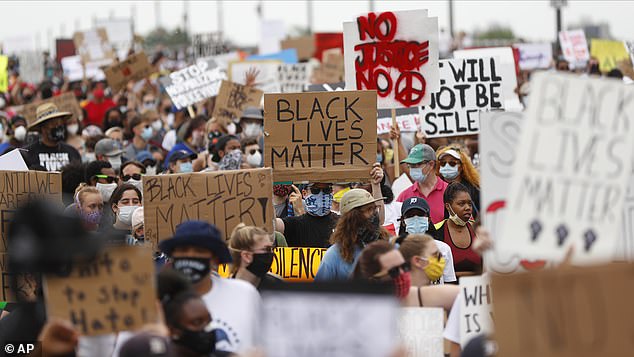 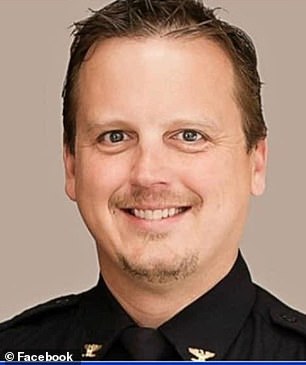 In western Michigan, the Lowell police chief Steven Bukala was forced to resign after posting on social media that his police department was in support of four armed men who said they wanted to protect the small town from destructive protests

An statement on the township police website Thursday read: ‘We have been made aware of some recent posts being attributed to our Chief. The Township is looking into it now. Please have patience with us while we find out what is happening. Thank you.’

Meanwhile, in western Michigan, the Lowell police chief was forced to resign after posting on social media that his police department was in support of four armed men who said they wanted to protect the small town from destructive protests.

‘We at the Lowell Police Department support the legally armed citizen and the Second Amendment,’ the chief wrote on the department’s Facebook page.

Chief Steven Bukala was told to resign by 5pm Thursday or that he would be fired at 5:01pm.

Bukala had worked for the Lowell Police Department since 1995 and was chief for seven years.

‘We must take this opportunity to listen and learn so we can work together to defeat racism and build a more just and equitable society,’ the department said in a public apology. 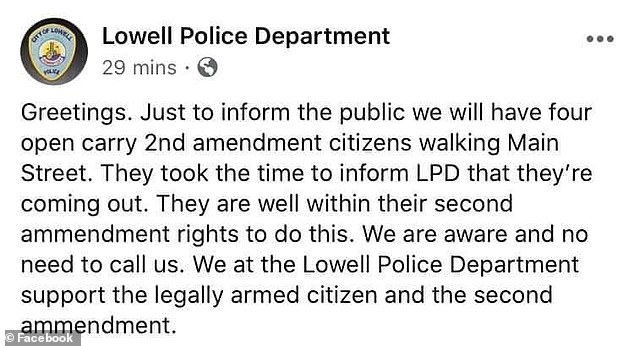 ‘We at the Lowell Police Department support the legally armed citizen and the Second Amendment,’ the chief wrote on the department’s Facebook page 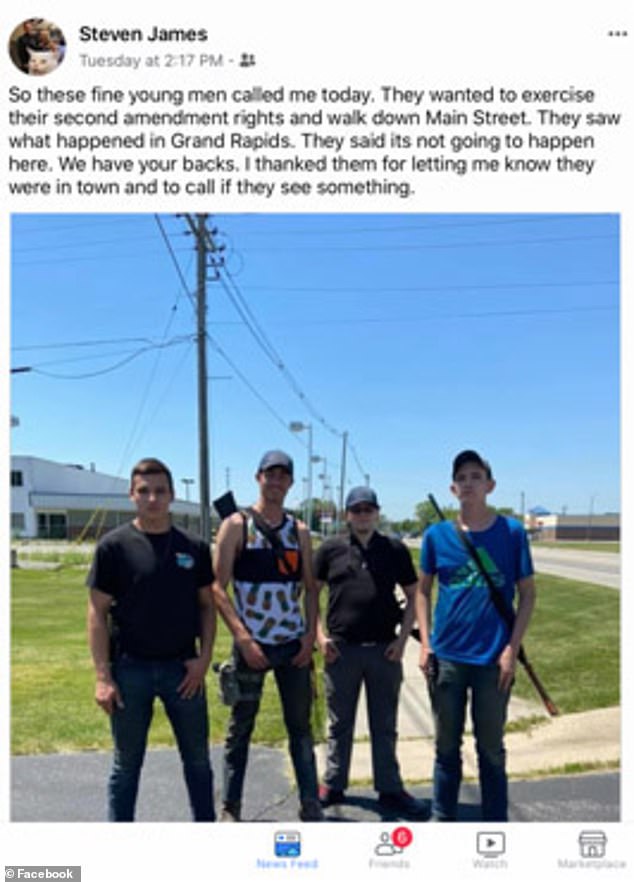 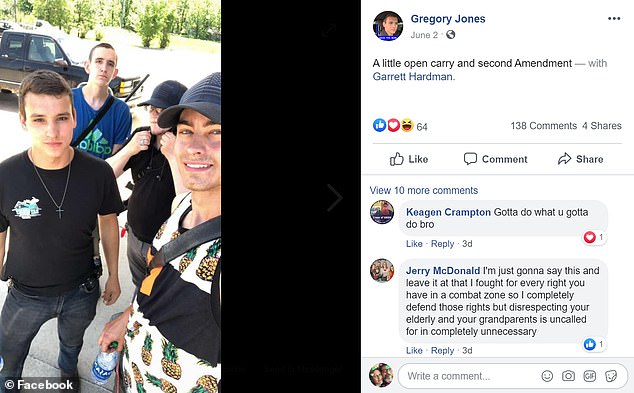 The four posted pictures of themselves online which caught the attention of the police chief who approved of them walking the streets with weapons. Michigan is an open carry state