The Middleton family were out in force at Wimbledon today as Carole, James and Pippa joined Kate to watch the Men’s Singles Final on Centre Court.

While the Duke and Duchess of Cambridge settled into the Royal Box ahead of the start of the match, members of the Middleton clan arrived to watch family friend Roger Federer, 37, take on Novak Djovovic, 32.

Pippa, 35, appeared to be making a weekend of it, having attended the Women’s Singles Final alongside sister Kate, 37, and the Duchess of Sussex, 37, yesterday.

While Pippa and her mother Carole appeared to leave their husbands at home for the occasion, the family were joined by James’ girlfriend Alizee Thevenet, 29. 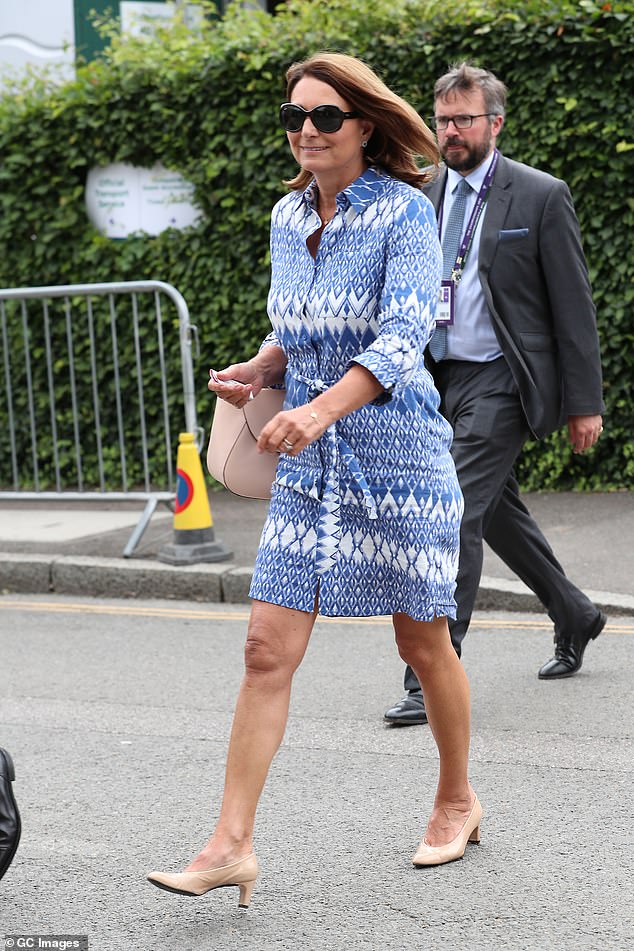 Meanwhile mother Carole made her third appearance at the tennis competition this year, choosing a stunning blue and white dress for the final 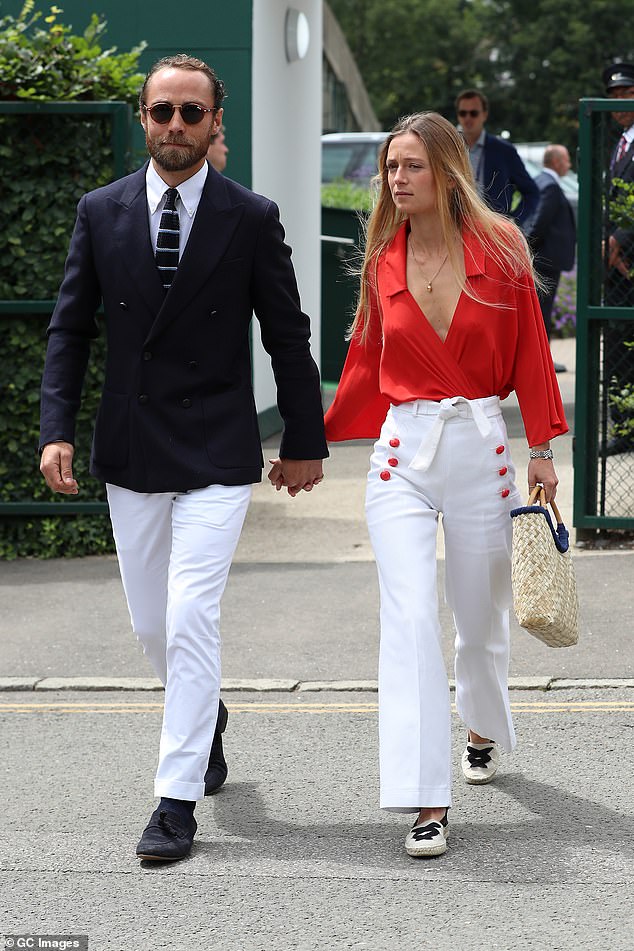 Kate and Pippa’s mother Carole was beaming as she arrived donning a large pair of sunglases.

The mother-of-three was without husband Michael, and sported a gorgeous blue and white patterned shirt dress for the event.

She completed her outfit with a pair of nude heels and matching nude handbag. 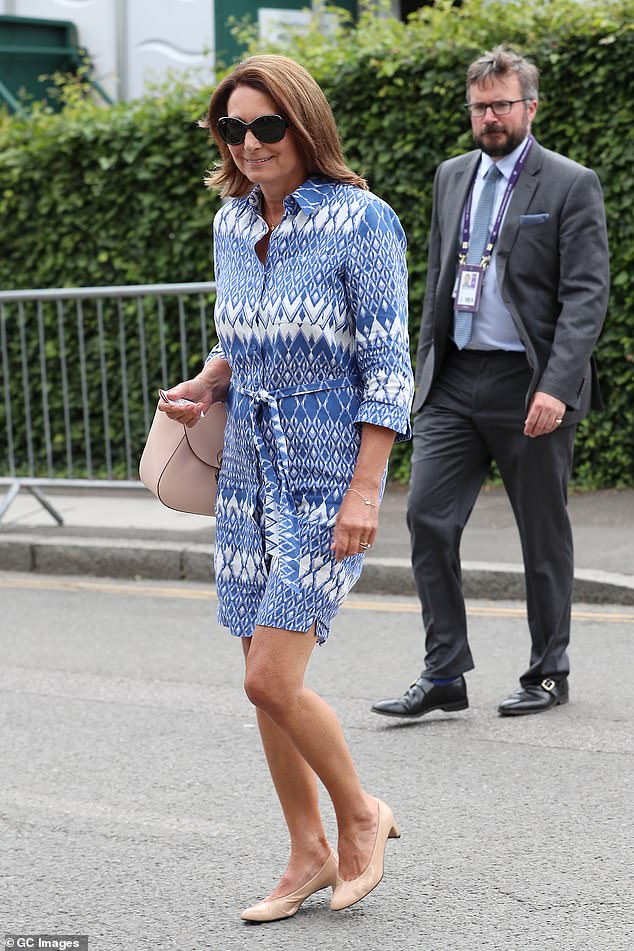 Carole wowed in a glamorous ensemble, pairing her blue and white dress with trendy sunglasses and nude accessories

The couple, who have been together for a year, looked close as they arrived hand-in-hand and appeared to have coordinated their outfits with a nautical inspired look.

James looked smart in a smart navy double-breasted blazer and blue striped tie. He paired it with white jeans and finished off the ensemble with a trendy pair of navy loafers. 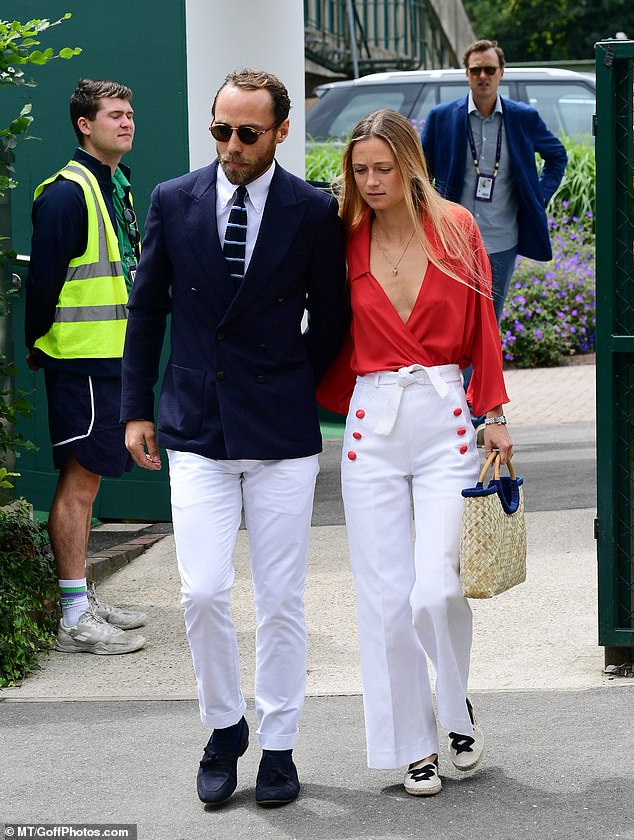 James looked relaxed as he arrived with Alizee, appearing to hold his girlfriend close ahead of the final 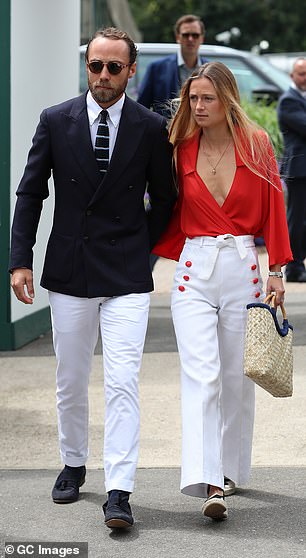 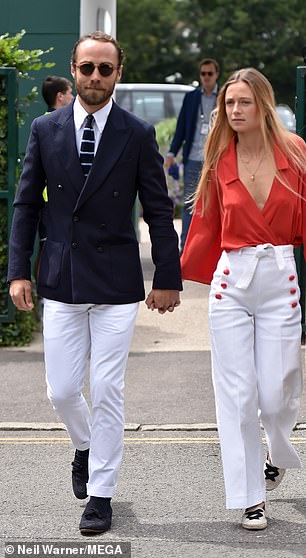 James and Alizee, who are believed to have been together for a  year, arrived hand-in-hand at the event, appearing to wear matching nautical inspired outfits

Pippa paired the gorgeous dress with cool cream accessories and looked relaxed in a pair of rounded sunglasses.

Opting for a natural look, Pippa kept her make-up light, sporting a nude lip as she wore her brunette locks in soft waves. 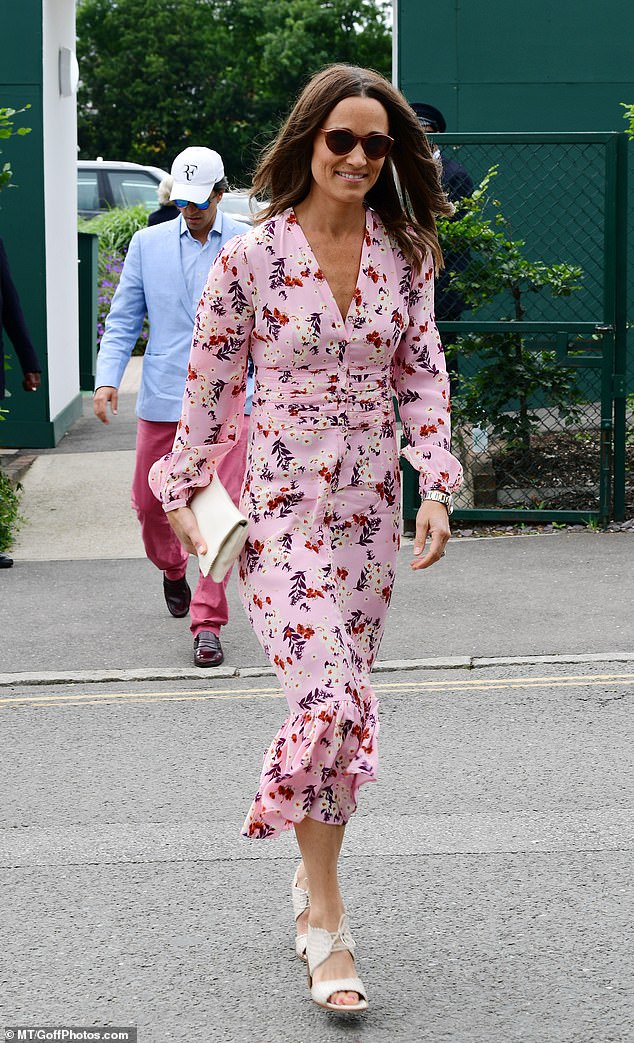 Pippa is a good friend of finalist Roger Federer, with the Swiss player attending her wedding to banker James Matthews in 2017.

Kate is also believed to be friends with Roger, recently revealing the star player had knocked a ball about with her oldest son Prince George, five.

Roger revealed last week that he had visited the home of the Duchess of Cambridge’s parents in Bucklebury, Berkshire, to meet the young prince – where he was able to hone his skills as they hit some balls together.

Speaking after his second round victory over Britain’s Jay Clarke at Wimbledon, Federer said that ‘cute’ George had a ‘good’ tennis technique. 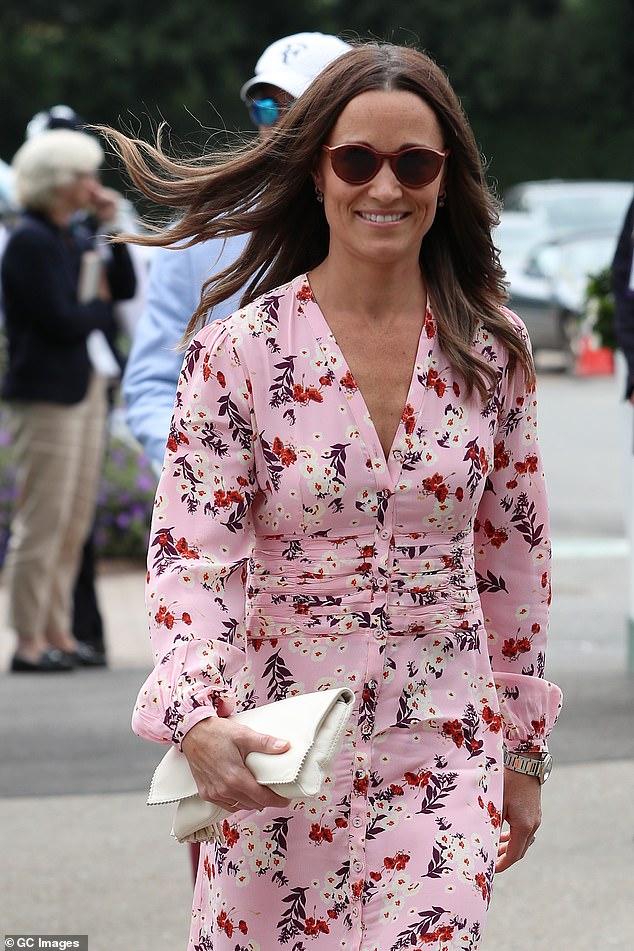 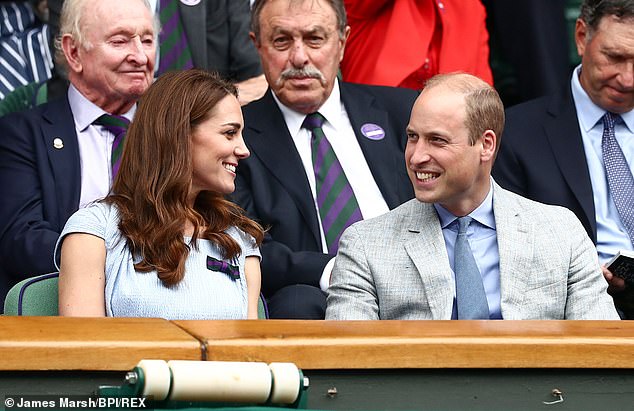 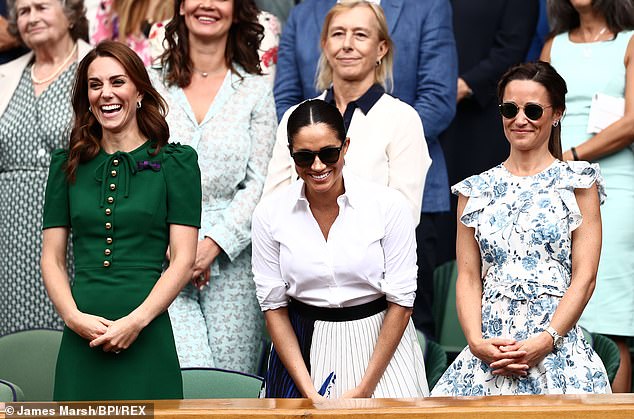 When questioned by reporters about his knockabout with George, Federer said: ‘At that stage it’s all about just touch the ball, it’s already good.

‘Same with my boys. I think I have a little advantage that I actually spent some time, you know, with him.’

He added: ‘I’m the only player he’s ever met. Then you have a little headstart in who is your favourite player.’