The so-called ‘internet super villain’ said he feels sorry for the ‘poor lamb’ and once again challenged Ms Ford to a one-on-one debate.

‘Clementine is a sort of useful idiot. She’s one of those people who doesn’t really understand what she’s parroting,’ Yiannopoulos said on Monday.

‘She obviously reads American blogs and watches American culture wars and thinks she can reproduce that in Australia. 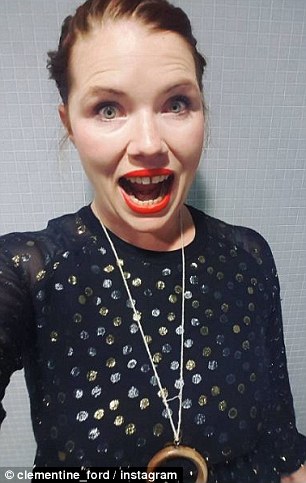 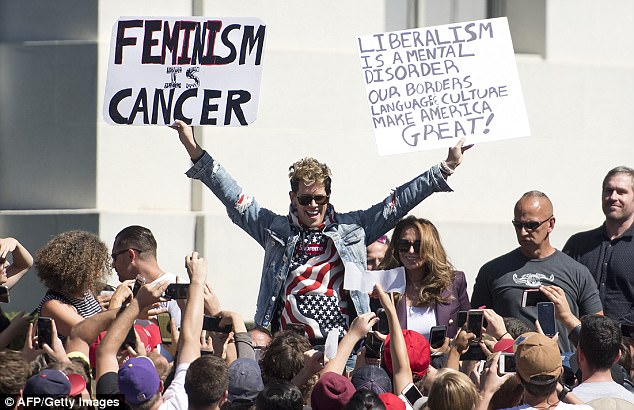 The so-called ‘internet super villain’, who likens feminsism to cancer, said he feels sorry for the ‘poor lamb’ and once again challenged Ms Ford to a one-on-one debate

‘She strikes me as particularly unintelligent and misguided. I feel for her, the poor lamb. Hopefully she’ll except my invitation to debate.’

Yiannopoulos, who revealed earlier this month he wanted to debate the polarising figure, said he didn’t think the challenge would be accepted.

‘Of course not. She’s terrified of me and she knows she’ll lose the debate – but let’s see,’ he said.

‘Maybe I’ll doorstop her – maybe I’ll show up and try to get an interview on camera.’ 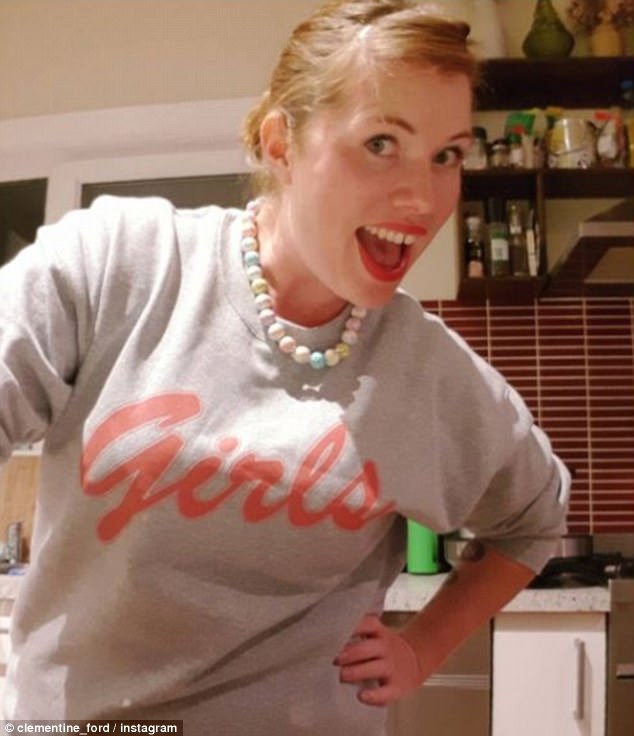 Ms Ford previously slammed Yiannopoulos for pronouncing her name as ‘Clementeen’ and said: ‘It’s tyne, like Milo has a tyne-y brain’ 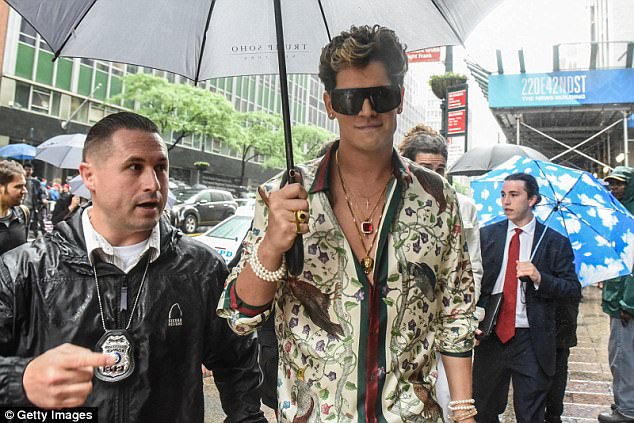 Ms Ford has lashed out at Yiannopoulos on social media in the past, calling him ‘Milo Whinopoulos’ and saying he ‘can go f*** himself’.

She slammed him for pronouncing her name as ‘Clementeen’ and said: ‘It’s tyne, like Milo has a tyne-y brain’.

Ms Ford has also described Yiannopoulos as a ‘liar’ and as a threat to women, girls and transgender people and suggested Trump voters would not buy his book because they cannot read.

Yiannopoulos’ highly controversial views have seen him banned from Twitter and depart from his role with conservative website Breitbart News. 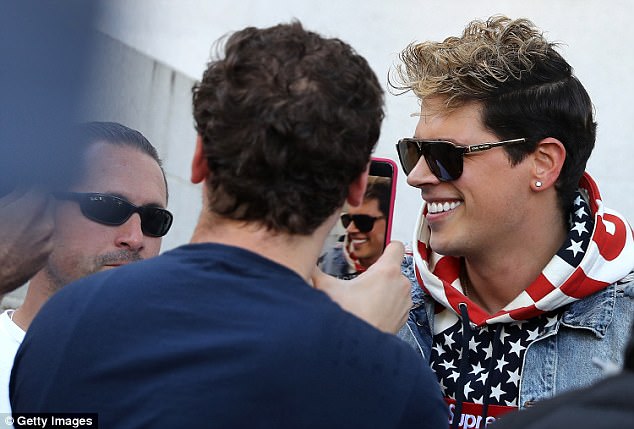 Yiannopoulos stops to take a picture after speaking during a free speech rally at U.C. Berkeley last month

From opposing gay marriage – despite being openly homosexual and married to his partner – to his criticism of the transgender rights agenda and the ‘Black Lives Matter’ movement, his ideas are often divisive.

He has previously likened feminism to cancer and Islam to AIDS, while sparked outrage when he said sexual relationships between underage boys and men could be consensual.

Ahead of his upcoming Australian tour, his opponents started a petition demanding Minister for Immigration Peter Dutton deny Yiannopoulos a visa.

As of Monday, it had attracted just over 1,000 signatures.

A counter-petition, set up by political commentator Mark Latham, has been signed well over 11,000 times. 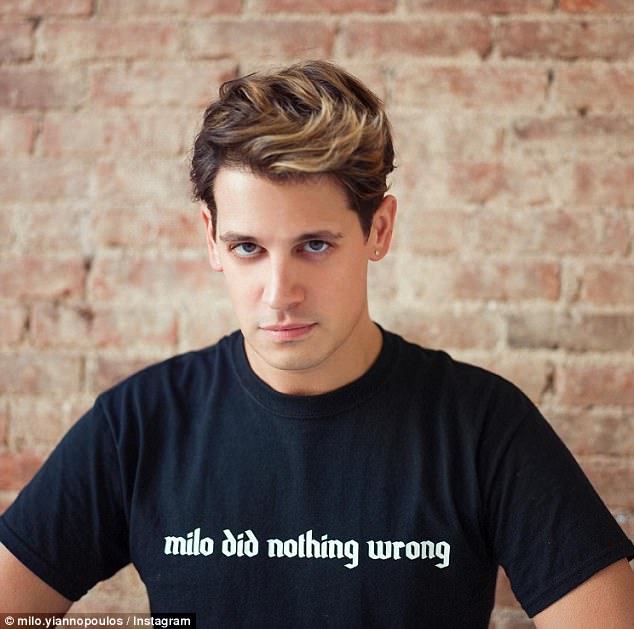 From opposing gay rights to his comments on transgender issues and the ‘Black Lives Matter’ movement, Yiannopoulos ‘ ideas are often divisive

‘Aren’t they sweet? The best they could do was marshal 900 people to sign that petition,’ Yiannopoulos said.

‘I just find it adorable and charming when people get so upset about a gay man having the wrong opinions and telling the wrong jokes.’

Yiannopolous will bring his Troll Academy Tour to Adelaide, Perth, Melbourne, Sydney and the Gold Coast from December 1.

‘The response had been absolutely amazing. We’ve just announced a second show in Sydney – the first one sold out in a couple of weeks,’ he said.