A ‘miracle’ plant consumed by ancient Greeks, Romans and Egyptians that was thought to have been eaten into extinction 2,000 years ago has been rediscovered in Turkey – about 800 miles from its natural habitat in North Africa.

A professor believes he has found the ancient silphion that was thought to go extinct. He claims it is the ferula drudeana (pictured) in Turkey

The plant, called silphion by ancient Greeks, features yellow flowers attached to a thick stalk that was crushed, roasted, sautéed and boiled for medicinal purposes, food and even contraception.

Ancient text states the last stalk was given to Emperor Nero in the first century AD, but Mahmut Miski, a researcher with Istanbul University, believes the ferula drudeana that grows on Mount Hasan is the elusive ancient plant.

Miski found it has similarities with the silphion plant that line up with old botanical texts and images of the plants used on ancient Greek coins, National Geographic reports.

Both plants have the same thick, branching roots, yellow flowers and both had powerful medicinal purposes: Ferula drudeana has anticancer compounds and anti-inflammatory properties, as well as those known to be found in silphium.

Although ferula drudeana is hundreds of miles from where it originated, Miski stated it has been found in two locations in Turkey, both of which were once home to ancient Greeks thousands of years ago.

The only images of the ancient silphium have been found engraved on Cyrenacian coins, which experts believe was due to the value of the plant – it held the same value as silver.

These coins were used in what is now Cyrene, Libya, the place where silphium once flourished.

Ancient text states Romans stock piled the plant with its imperial treasures, ancient Greek physicians used it to cure everything from stomach pains to remove warts. 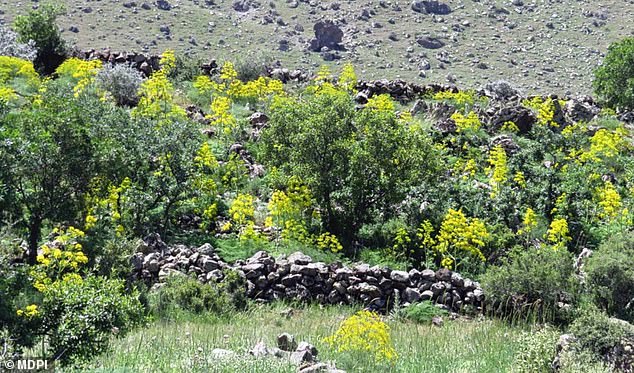 Ferula drudeana (pictured) has bright yellow flowers that sprout from large stalks, which matches the description of the plant used by ancient Egyptians, Greeks and Romans 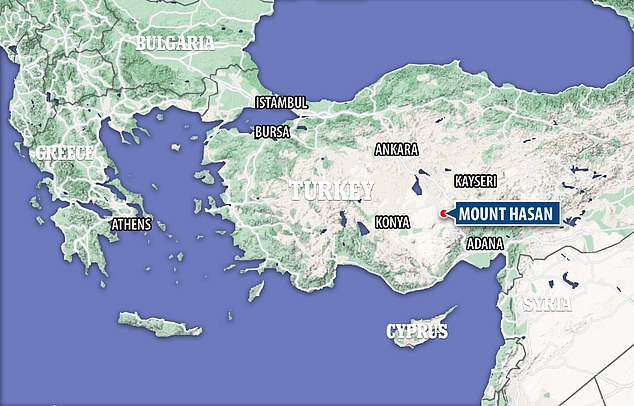 Ferula drudeana was only found growing on Mount Hasan, but this region was home to ancient Greeks thousands of years ago and these people could have transplanted the plant 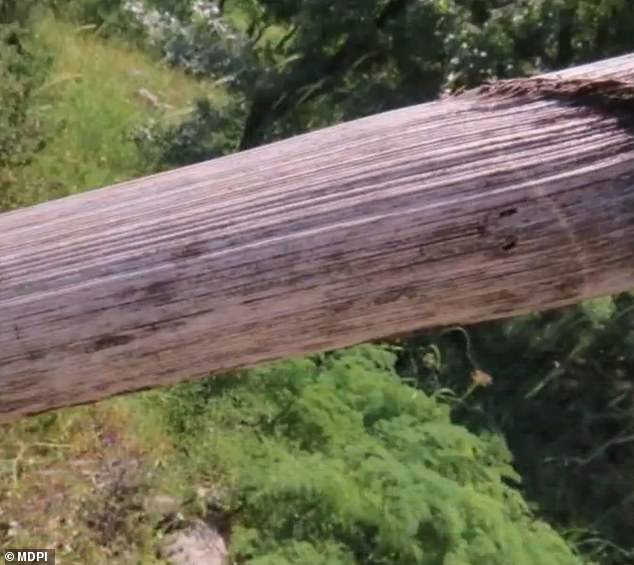 Both silphion and ferula (pictured) feature a thick stalk. Thousands of years ago, people  crushed, roasted, sautéed and boiled the stalk for medicinal purposes, food and even contraception

And silphium is represented in ancient Egyptian hieroglyphics.

However, the last mention of the miracle plant was documented by Roman chronicler Pliny the Elder, who wrote in his Natural History: ‘Just one stalk has been found and it has been given to the Emperor Nero.’

Historians and botinastats have looked for the elusive plant for hundreds of years, but all gave up and believed it was eaten into extinction.

It was not until Miski came upon several ferula drudeana on a Turkish mountain 40 years ago did the case reopen.

He has since been on a mission to determine if the two plants are the same and received a grant to collect specimens of the ferula, which is in the same family as carrots fennel and parsley.

Analyzing the root, Miski determined it had 30 secondary metabolites within ferula that have medicinal purposes and expects a deeper analysis will uncover even more.

While Miski was studying the plants on Mount Hasan he encountered caretakers of the plants who told him sheep and goats are particularly fond of the leaves, which is also what was mentioned in Pliny’s text.

Pliny wrote sheep and goats would graze in pastures where silphion grew. The sheep would fall asleep after consuming the stalk, while it caused goats to sneeze. 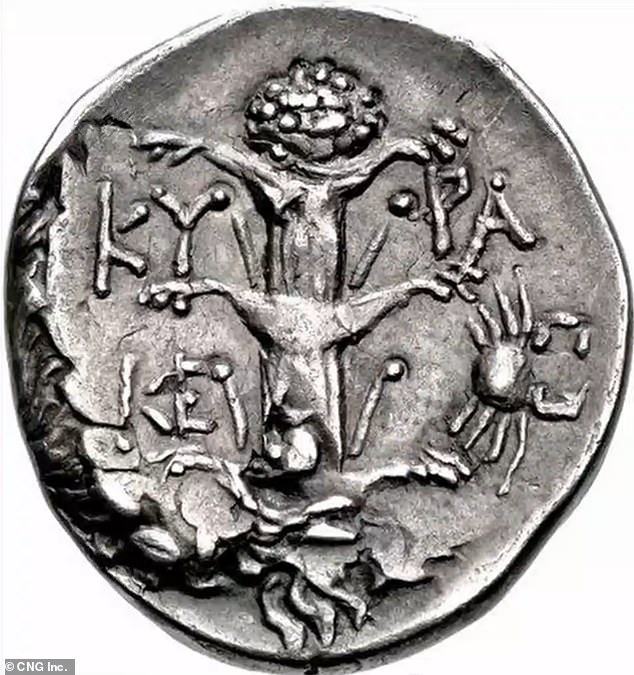 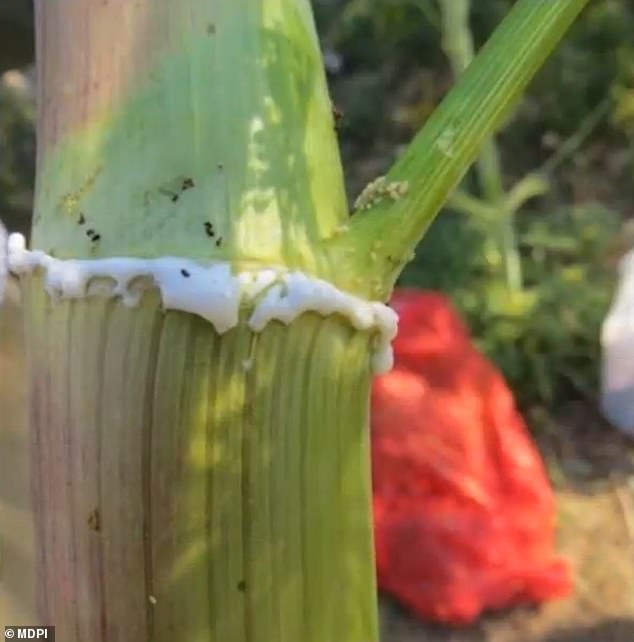 Ferula stalks also release resin that was described in silphion. ferula is in the same family as carrots fennel and parsley and silphion has been described with similar properties of parsley

The text also reads: ‘ The juice of this plant is called ‘laser,’ and it is greatly in vogue for medicinal as well as other purposes, being sold at the same rate as silver. For these many years past, however, it has not been found in Cyrenaica.’

The first silphion is said to have first appeared after  a ‘heavy spring downpour,’ which back then was called ‘black rain.’

‘We find it stated by the most trustworthy among the Greek writers (presumably Theophrastus [a philospher]), that this plant made its appearance near the gardens of the Hesperides and the Greater Syrtis, immediately after the earth had been soaked on a sudden by a shower as black as pitch,’ Miski and his team wrote in a 2021 study published in the journal Plants.

This took place seven years before the foundation of the city of Cyrenae, and in the year of Rome.’

Miski foiund that when rain falls on Mouint Hasan in April, ferula drudeana also appears from the ground and can grow up to six feet in just a month.

Ancient text that it was near impossible to cultivate silphion, forcing ancient people to harvest it only from its wild homes.

There were, however, two attempts to grow the plant in Greece – both of which were unsuccessful.

And just as Miski suspected, ferula was also difficult to transplant.

He found  the only way it could be done was by using cold stratification, a process of subjecting seeds to both cold and moist conditions.

With this technique, Miski and his team were able to grow ferula in a greenhouse.

One of the main reasons ferula has been overlooked as silphion is because of its location.

But as Miski had discovered, the region in Turkey where Mount Hasan sits was home to ancient Greeks thousands of years ago and these people could have brought the plant to its new home.