By Associated Press and Maxine Shen For Dailymail.com

Mississippi’s governor has been reunited with his wedding ring — nearly three decades after he lost it — thanks to a ‘friend’ who found it while cleaning a coach.

Republican governor Phil Bryant tweeted out the news Friday, revealing both his long-lost wedding ring and the man, Jeff Maher, who finally found it.

‘My friend Jeff Maher found my original wedding ring from 1976 in an old couch. It had been lost since 1989. Thanks, Jeff!’ Bryant tweeted.

Republican governor Phil Bryant (left) tweeted out news that he was reunited with his original wedding ring nearly 30 years after losing it, thanks to Jeff Maher, who found it in an old couch

His spokesperson, Clay Chandler, said that Maher called the governor’s office in recent days to report he had found a gold wedding band inside a couch that he claimed from a roadside outside the house of a cousin of Bryant’s wife, first lady Deborah Bryant.

The Bryants gave the cousin the couch in 1989. 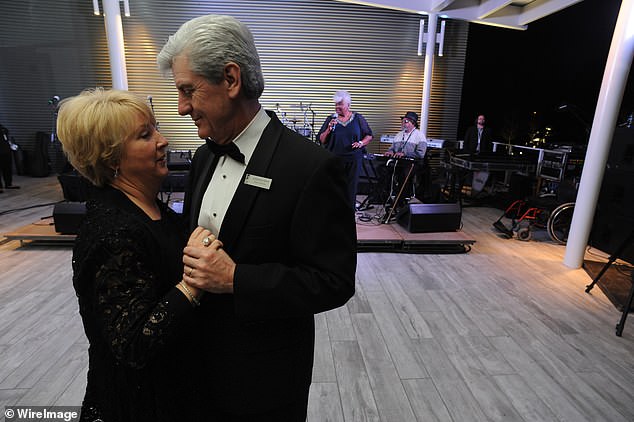 The couch the ring was found in belonged to Bryant and his wife, Deborah Bryant, who have been married since 1976. They gave the couch to Deborah’s cousin in 1989 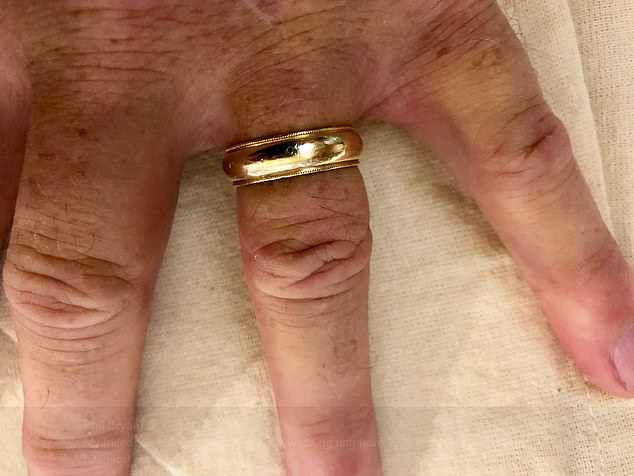 Chandler said Bryant doesn’t know when he lost the ring, but thinks it was sometime in 1989.

Bryant met Maher in Copiah County, Mississipi, Friday and they posed for pictures together with the ring.

Chandler told WAPT that Maher found the ring while he was cleaning the couch and, knowing that Bryant owned property in the Copiah County area, called the governor’s office to inquire if the ring belonged to Bryant.

The Bryants have been married more than 40 years.