Three years after lawmakers endorsed construction of the Martin Luther King Jr. statue in Atlanta, Georgia, the distinguished sculpture finally made its debut Monday morning at the state Capitol grounds.

The unveiling comes on the 54th anniversary of the monumental ‘I Have a Dream’ speech in the civil rights activist’s quest to one day witness an end to racism in America. 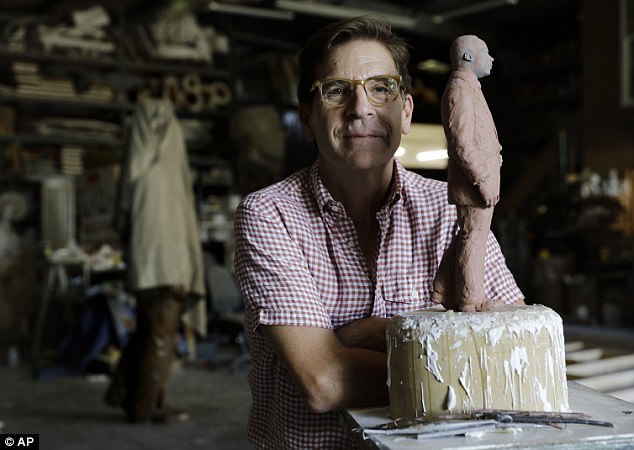 More than three years after Georgia lawmakers endorsed the project, a statue paying tribute to King was installed on the state Capitol grounds Monday, Aug. 28 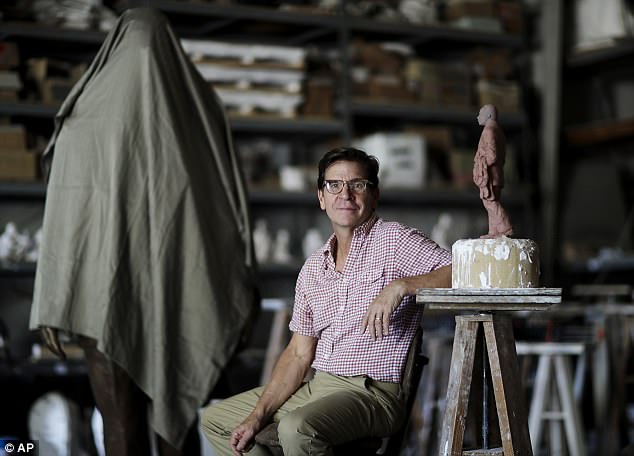 The statue’s arrival comes weeks after violence erupted at a white nationalist rally in Charlottesville, Virginia 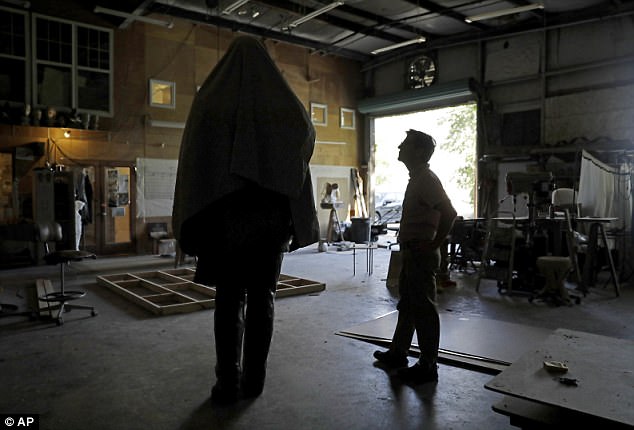 Martin Dawe, the artist of King’s portrait sculpture, revealed the process has been the ‘most difficult’ project he’s encountered throughout his decades-long career.

‘He has very elusive features. He has a very distinct profile but no over strong characteristic like some historical figures,’ Dawe said in a statement to the Associated Press in his Atlanta studio earlier this month.

Aside from the artistic aspects, Dawe said he also faced many setbacks before and after the project was completed.

King’s family did not initially approve the use of his image until officials reasoned with them after the estate’s attorney said their approval was required before moving forward. 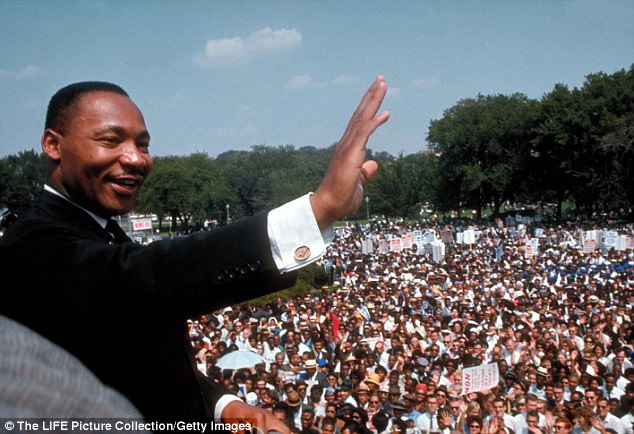 The unveiling is on the 54th anniversary of MLK Jr.’s monumental ‘I Have a Dream’ speech 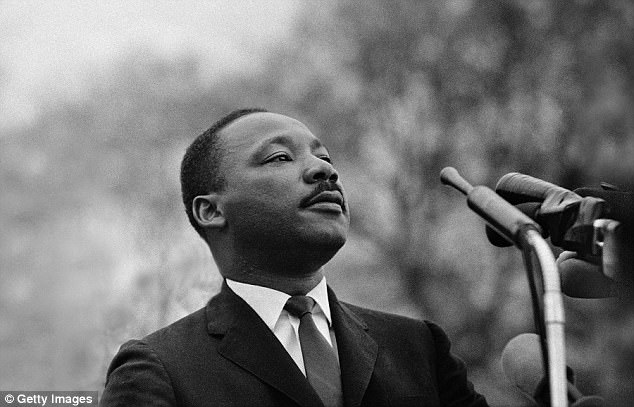 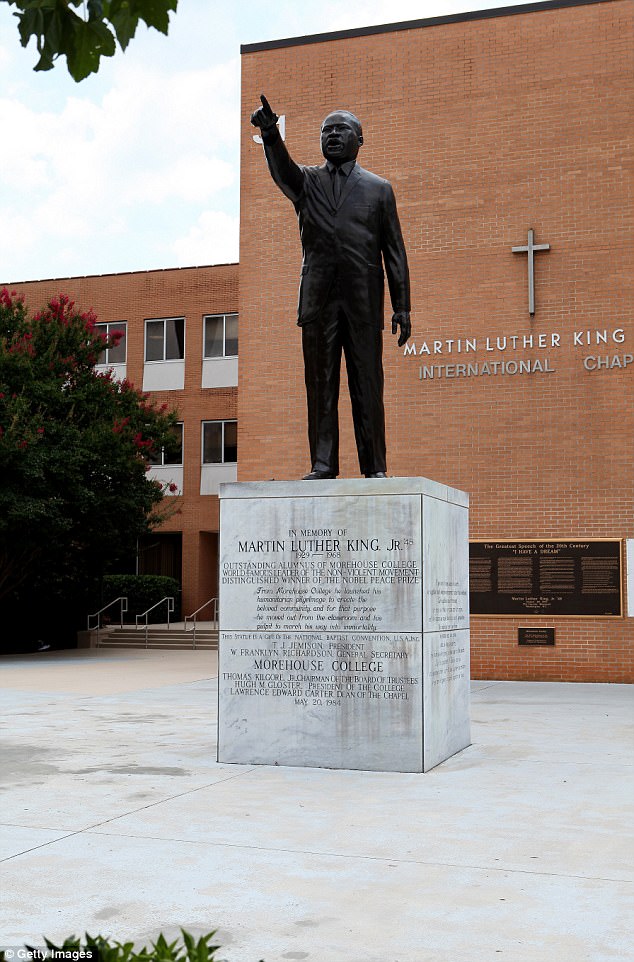 ‘I can understand them wanting to make sure the things that people do that represent their father would be done in good order,’ longest-serving member of the House, Calvin Smyre, said in a statement.

The original artist selected to work on the statue reportedly died suddenly in a motorcycle accident, and it took a period of time and a lengthy screening process before Dawe was chosen to take on the assignment.

Several hundreds of dollars and years of careful work later, Dawe said he’s ‘ecstatic’ and ‘relieved’ for people to see the distinguished creation.

‘This is something that’s overdue’ and ‘was well worth the efforts,’ he told AP. 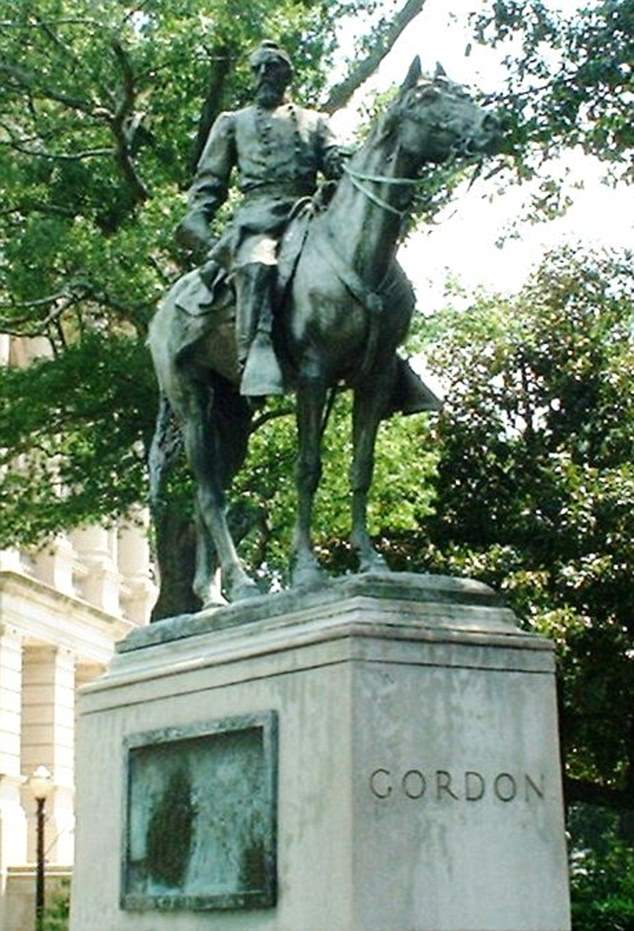 Several Confederate monuments stand at the grounds, including that of military general John Brown Gordon and other Ku Klux Klan leaders 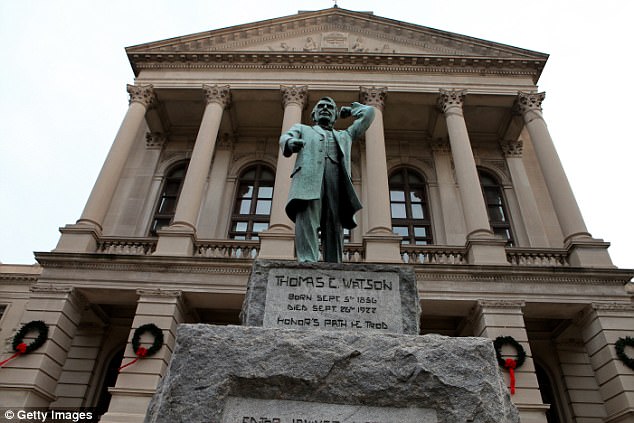 A statue of Thomas C. Watson is shown outside the Georgia State Capitol Building

The statue surrounds several Confederate monuments at the Capitol grounds, including that of military general John Brown Gordon and other Ku Klux Klan leaders.

‘The King statue will inspire and give hope to generations to come,’ Smyre, who helped raise funds for the project, added.

‘The day the statue memorializing [King] is unveiled will be a great day in the history of our state and nation.’