Mom, 37, with stage 4 colon cancer reveals how she to terms with her diagnosis

Being diagnosed with stage 4 incurable cancer is life-changing in every way.

For 37-year-old Kate Bowler, a lifelong devout Christian mother-of-one, her diagnosis two years ago sent her on a spiral questioning how she views her faith.

Bowler, a professor of Christian history who grew up in a Mennonite community in Canada and met her now-husband at Bible camp aged 14, felt angry with God and confused about how this could happen to her.

As she started battling the terminal disease, which started in her colon before spreading to other organs, she was also struck by the absurdity of things people said to her – from ‘how are you really?’ to ‘everything happens for a reason’.

Two years on, Bowler says she has found something close to ‘peace’.

In a new book, she shares the otherworldly reality of having a life-threatening disease, sharing a guide on what not to say to a cancer patient, and explaining how her diagnosis drove her to write letters to her now-four-year-old son which reignited her faith by reminding her of the joy of being a wife, mother and Christian.

Kate Bowler, 37, was diagnosed with stage four colon cancer in 2016. The cancer has an 11 percent five-year survival rate 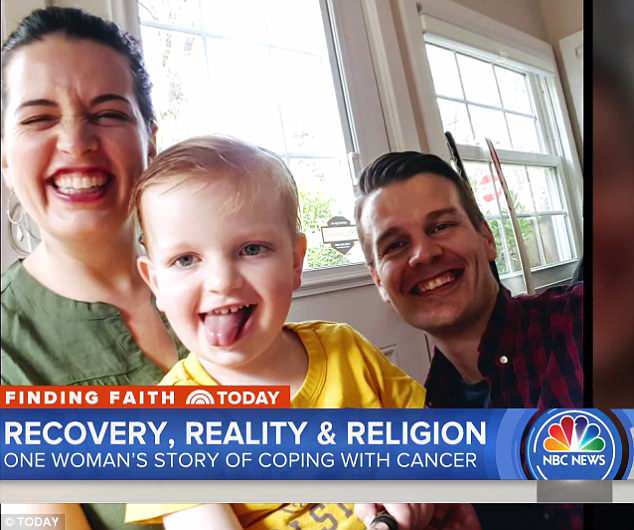 Bowler has spent much of her professional career studying the history of prosperity gospel, which in her own words is ‘the belief that God grants health and wealth to those with the right kind of faith’.

In an opinion piece for the New York Times in 2016 after her diagnosis, Bowler explained that prosperity gospel aims to provide an answer for why some people suffer and others don’t.

In the face of her colon cancer, the second-leading cause of cancer-related deaths in the US, Bowler found herself asking not why some people suffer, but why she herself had been put in the position of suffering.

In the Times piece Bowler wrote about a time that a neighbor came by her home and told her husband, Toband Penner, that ‘everything happens for a reason’.

‘I’d love to hear it,’ Toband said at the time, to the surprise of the neighbor who responded with: ‘Pardon?’

‘I’d love to hear the reason my wife is dying,’ he said.

In the past two years Bowler has stopped looking at her circumstances as part of God’s plan.

‘I think it’s awful to then start imagining God as the one who’s dolling out cruel and terrible lessons just to watch us learn or die,’ she said in an interview with Today on Tuesday. 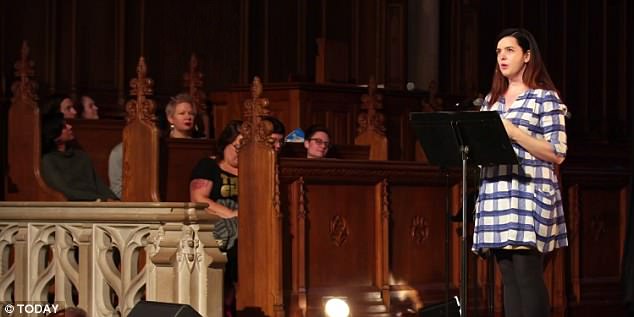 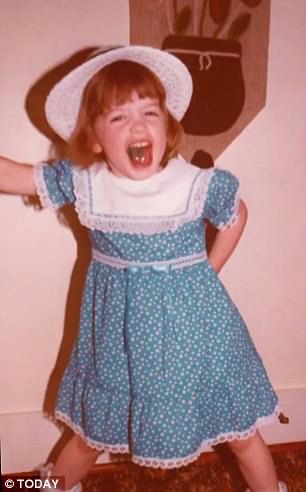 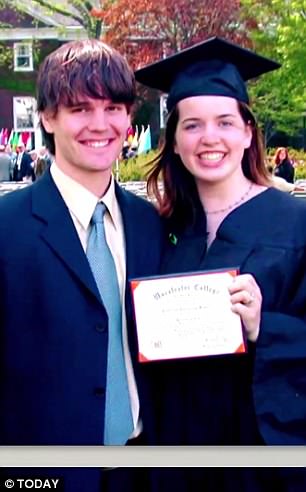 She grew up in a Mennonite community in Canada. She met husband Toband at bible camp when she was 14 years old 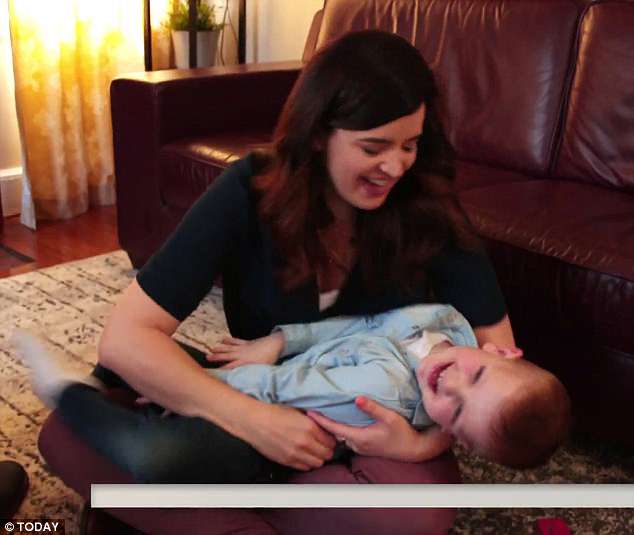 Colon cancer affects around 40 per 100,000 adults a year in the US, according to the National Cancer Institute.

The five-year survival rate for people diagnosed with stage one colon cancer is 92 percent, but that drops off dramatically as the cancer progresses to later stages.

WHAT IS COLORECTAL CANCER?

Colorectal cancer is a disease that starts in the colon or rectum.

It’s the second leading cause of cancer-related deaths in the US, killing more than more than 50,000 people each year.

People who are overweight and obese, smoke, not physically active and have a diet high in red and/or processed meat have a higher risk of developing colon and rectum cancer.

With stage four diagnoses like Bowler’s, the five-year survival rate is only 11 percent.

Her symptoms started out as stomach cramps that doctors thought were caused by a problem in her gall-bladder.

A scan later revealed a large tumor in her colon, the lower part of the large intestine.

After she was diagnosed, Bowler underwent multiple tests and surgeries as well as chemotherapy so that she could join a clinical trial for an immunotherapy drug that isn’t covered by her insurance.

The experimental therapy has managed to keep the cancer at bay, but there’s no telling how long that will be the case.

‘I go for scans and we all hold our breath and hope for another three months of life,’ she said.

‘It feels like I walked to the edge of a cliff and I can just feel the upward draft.’

‘I just have to hope: “Please let there a bridge be built so I can cross over to the other side,”‘ she said. 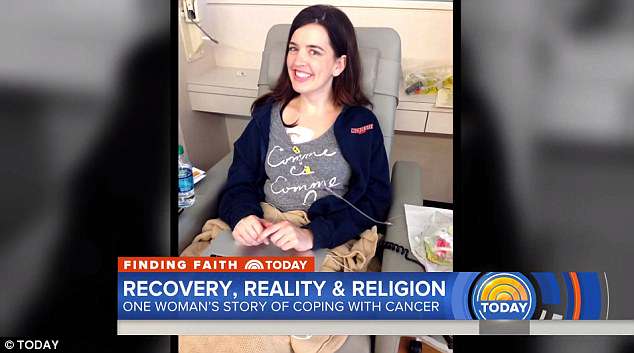 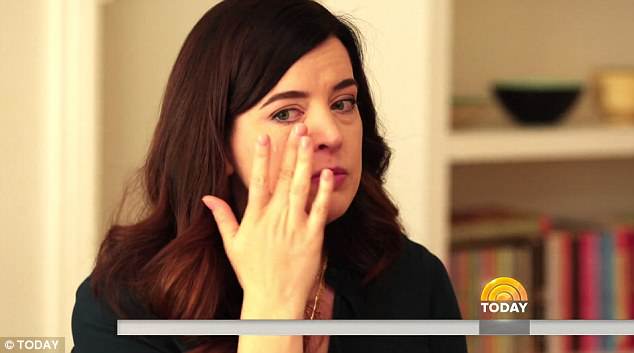 In the meantime she has continued teaching at the Divinity School at Duke University and is spending as much time as she can with Toband and their four-year-old son Zack.

She said she’s learned to manage the uncertainty of her condition by ‘noticing how many beautiful things keep you locked into the present’, but that it wasn’t easy at first.

‘I felt really angry when I would look at my family and I would think: “This is a very poor substitute for the life I promised them,”‘ she said.

To cope with the fact that she may not be around long enough to see Zack grow up, Bowler began writing letters to him.

‘I’ve just always tried to say in a million different kinds of ways: “Who you are changed my life, and I could not be more grateful to have been so worried about losing you,”‘ Bowler said.

She also hopes her book, New York Times best-seller Everything Happens for A Reason: And Other Lies I’ve Loved, will help Zack get to know his mother even after she dies.

Bowler’s diagnosis was unusual because colon cancer is typically found in people over the age of 50, but it is affecting younger people at a growing rate.

A 2017 study by the American Cancer Society found that colon cancer and rectal cancer incidence rates have increased by one to two percent annually from the mid-90s through 2013 among adults aged 20 to 39. 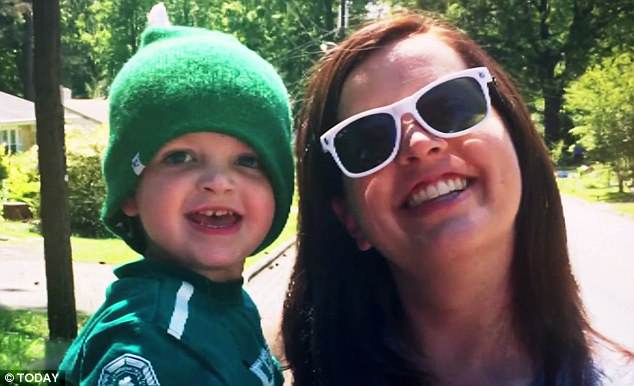