‘I hate that photo… every time I look at that picture I relive it,’ says a mother whose moment of anguish was captured in iconic photo when she couldn’t find her son after the Florida school shooting.

Cathi and Scott Rush are fortunate in that they were able to reunite with their two sons who went to Marjory Stoneman Douglas middle and high schools, but the terror of not finding her son Brandon who is a freshman was captured in one of the many horrific photos on February 14.

Cathi explains to CNN’s Don Lemon, that she received a robocall call from her son’s middle school that they were on lockdown, but she went back to work.

She says, in retrospect, ‘I am so desensitized to the lockdowns that it didn’t bother me, and that bothers me now.’

Iconic: Anguished mothers, Cathi Rush and Michelle. Cathi had not yet heard from her son Brandon when this photo was taken, and says she now hates seeing it as she relives the moment every time she sees it 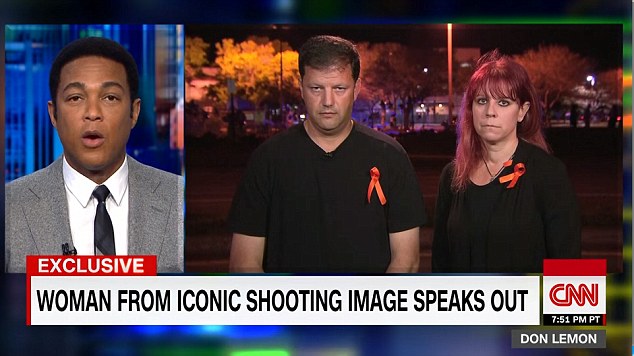 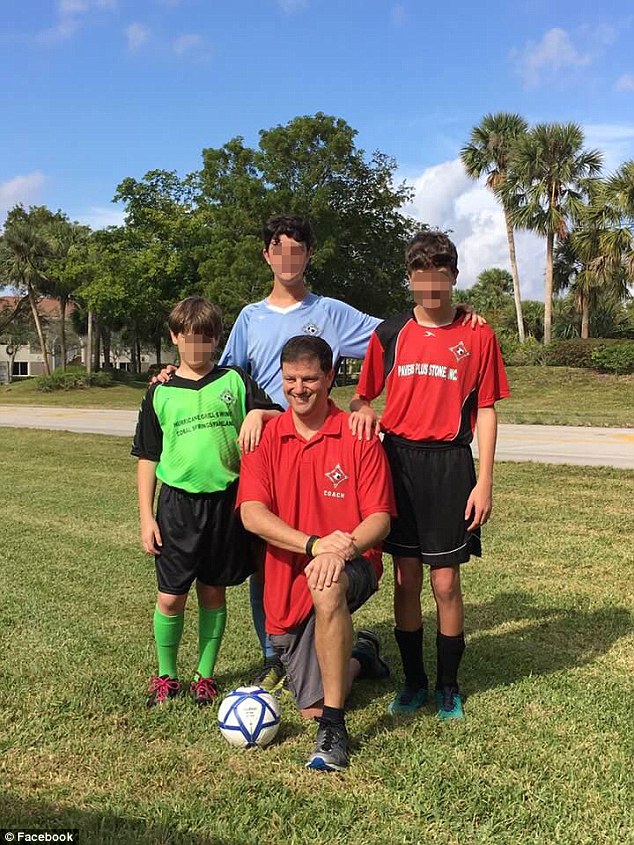 Scott pictured with their three sons. Two of the boys went to school at Marjory Stoneman Douglas

She says she soon learned that SWAT was on the way to the school, so she started rushing over.

Cathi was able to get a hold of her eldest son Adam, who evacuated to the nearby Walmart parking lot, but she she still had not heard from her middle child Brandon, who she would later learn was hiding underneath a table in a classroom.

Once the frantic mother arrived at the school, after watching police and SWAT vehicles whizzing by her on the freeway while driving to find her son, she became more and more upset.

‘I parked my car and spilled out of my car to the ground, and my friend Michelle picked me up, and that’s the one in the picture. I had no idea someone snapped that photo.’

Cathi and her husband Scott said that on Monday, they attended the funeral of their family friend’s daughter, who was in classes with their son Brandon since second grade.

They say Brandon is usually in what was known as the freshman building, but he happened to have an elective on the other side of campus that afternoon, had it been a day before or after he would have been in the building with the gunman. 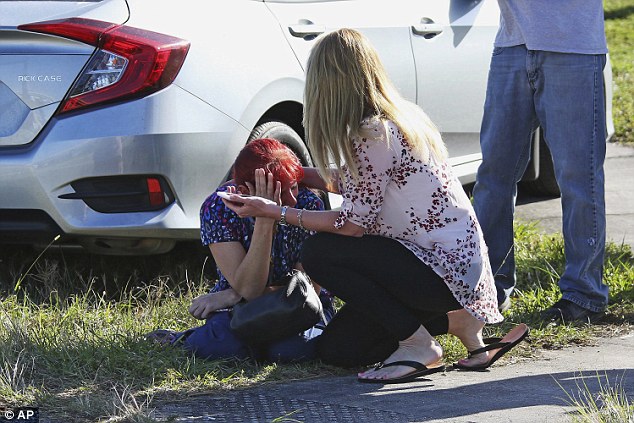 Cathi, pictured on the ground being consoled by her friend Michelle while they were waiting to hear about their children who were at Marjory Stoneman Douglas High School in Parkland after the school shooting on February 14

Cathi and husband Scott say they will support the children who are fighting for change, and will keep on going.

‘Those students are going to roar. You are going to hear those kids roar. They are so angry and so upset and so devastated, that their classmates and friends and teachers were gunned down,’ Cathi said.

‘They weren’t just gunned down, they were hunted in that school, that man that came in that school – he hunted children,’ she furiously added.

Her husband Scott added the parents are going to keep roaring too. ‘This is not going to go away and we need to be louder and have more stamina than the people that want this to go away.’

Cathi added in closing: ‘It is not ok that this 19-year-old can walk into a shop and plunk down this money for a gun and go hunt kids at a school.’