While most owners have to make sure their cats don’t swipe any chicken, one kitten just can’t get enough of vegetables.

A cute video shows the moment a generous owner shares corn on the cob with her adorable kitten.

The video starts with the woman eating the corn from one end while the kitten does its best to feast on the other side.

The cat licks and chews the corn, not wanting to miss a single bite while going head-to-head with the owner.

Two other kittens look on in confusion, interested in the corn but not curious enough to actually taste it.

Most cats prefer the taste of meat to vegetables, but this cat appears to be the exception.

The video was filmed on October 25 in Orehovo-Zuevo, Russia. 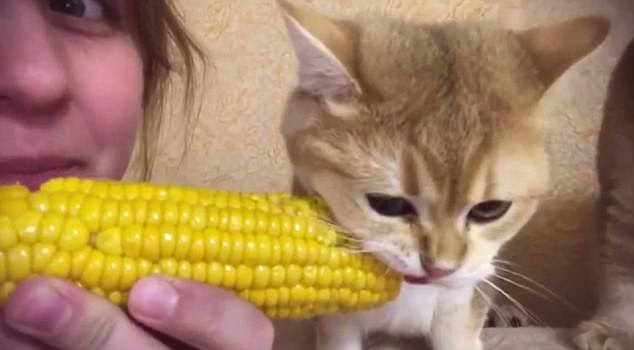 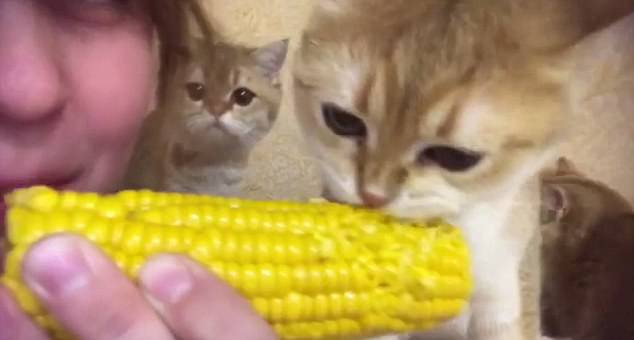 Two other kittens look on while their friend eats corn