Moment Polish slave was rescued by police from loft

This is the harrowing moment a Polish slave who was forced to work 20-hours-a-day making greeting cards was rescued by police from a squalid loft.

Footage released by officers shows the man cowering under a workman’s jacket in the corner of an attic after he was forced into a life of servitude by Edward Zielinski.

The slave was one of two men, alcoholics who could not speak English, who were paid as little as £10-a-week to work from 8am in the morning until 4am the following night.

Zielinski, 42, has now been jailed for 40 months after he admitted two charges of human trafficking at Nottingham Crown Court.

In May and June this year, Zielinski, of Nottingham, exploited two vulnerable Polish men, locking his victims in the loft during the night forcing them to urinate in plastic bottles.

The first victim came to the UK of his own accord in 2008 and initially lived in London but got into debt with Zielinski’s cousin, owing around £800 for the cost of a new passport and other bills.

He was sent to Nottingham to work for Zielinski to pay off the debt.

When he arrived at a house in the Radford area of the city, he was put to work making greetings cards, working up to 20-hours-a-day from 8am to 4am with only limited breaks.

He was often threatened with violence and even beaten if Zielinski didn’t think he was working hard enough. 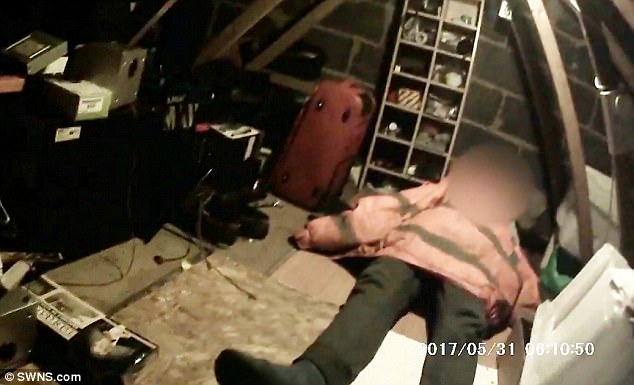 In 2015, he moved with Zielinski and started working for employment agencies. Zielinski opened a bank account in his name but did not allow him access to the cards.

Despite earning around £300-a-week he was only paid with cigarettes, alcohol, the occasional piece of clothing from a car boot sale and £10 in cash. Zielinski even forced him to go out stealing when he lost his agency jobs. 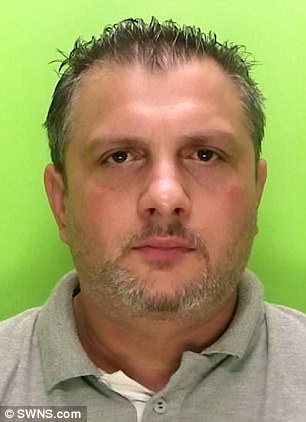 The victim twice tried to escape but was forced to return to Zielinski who tracked him down through his employers.

After being beaten with a plank of wood last January, he managed to escape and lived on the streets before ending up in a detention centre in Gatwick.

Months later, Nottinghamshire Police’s modern slavery team was made aware of the man and he exposed the full horror of Zielinski’s crimes.

When police raided Zielinski’s home in Hyson Green on May 31 this year, they found a second man in the loft, using a jacket as a blanket.

This victim had moved to Nottingham in 2015 and heard through a friend that Zielinski had a spare room.

But Zielinski took advantage of him, forcing him to work without control of his own finances, being given just £70-a-week.

The court heard how father -of-two Zielinski confiscated the victims’ identity documents. He also controlled the first man by telling him his debt had increased.  Both victims are now with the Salvation Army charity receiving support.

Detective Sergeant Mike Ebbins, who led the investigation, said: ‘The first victim was made to work up to 20 hours a day from 8am to 4am with only limited breaks earning only £10 a week for his efforts.

‘The other victim was the cash cow for Zielinski so was allowed access to a bedroom and avoided being assaulted.

‘But in both cases Zielinski exploited them for his own financial interests. He saw an opportunity to make money out of vulnerable Polish men. 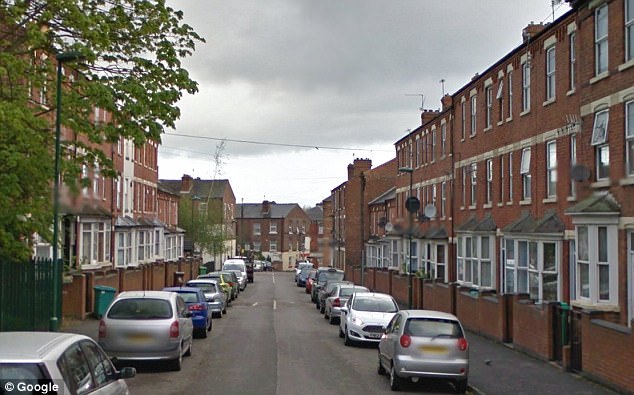 The man was found in the attic of a house in this street in Nottingham, the court heard

Detective Sergeant Ebbins added: ‘They were incredibly vulnerable people – unemployed, alcohol dependent, and couldn’t speak a word of English – so they were seen as perfect victims.

‘A lot of hard work has been put in by the human trafficking team and it is great news that he has pleaded guilty because it means his victims haven’t had to face him at trial. The victims should be applauded for coming forward.’

Judge tells slave-keeper: ‘You took away their dignity as human beings’ 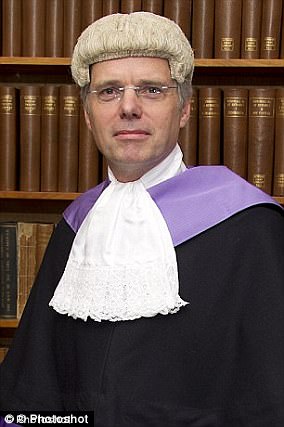 Jailing Zielinski today, judge Gregory Dickinson QC said of the first victim: ‘It seems to me that he was obviously a vulnerable individual and you were quite easily able to brow beat and intimidate.

‘You put him to work making, collecting and delivering greeting cards.

‘He worked very long hours for next to nothing; £10-a-week, I have read. He opened a bank account but you controlled it in 2014.’

Judge Dickinson added that Zielinski forced both victims to share a cramped loft, where they lived in ‘squalid conditions’.

He said: ‘They were locked in at night without the use of a toilet.

‘He (the first victim) was put to work decorating, gardening, cleaning at your home. He did other jobs through an employment agency.

‘He was not continuously in work – but from time-to-time working on zero hours contracts at various factories, and you took the greater bulk of his wages… you personally profited from this.’

‘You treated these two victims in a thoroughly degrading way.