Tik Tok user Shannon Frandreis, who is an amputee, posted a clip the amazing catch which took place at the Chicago White Sox’s game against versus Detroit Tigers.

The footage shows Frandreis’ friend holding her prosthetic leg as the ball comes arcing towards the stands.

The crowd then cheers and screams as the ball is caught in the top of the leg.

Frandreis’ friend then waves the limb around in the air to celebrate the amazing catch.

‘Five beers in, and taking my leg off to catch the ball seemed like a great idea,’ Frandreis posted in the caption. 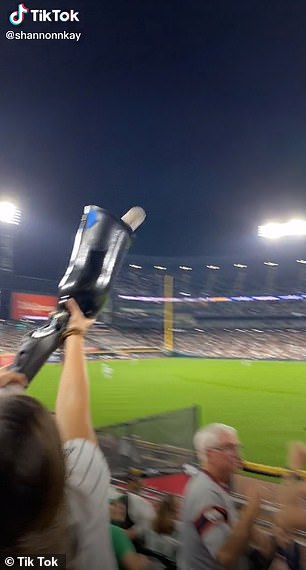 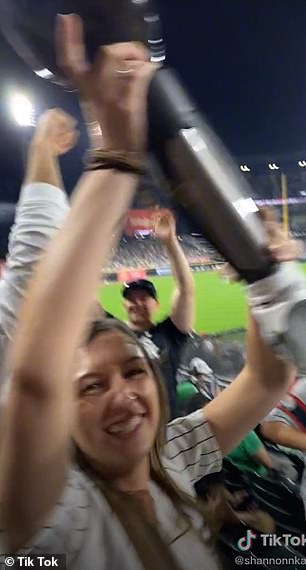 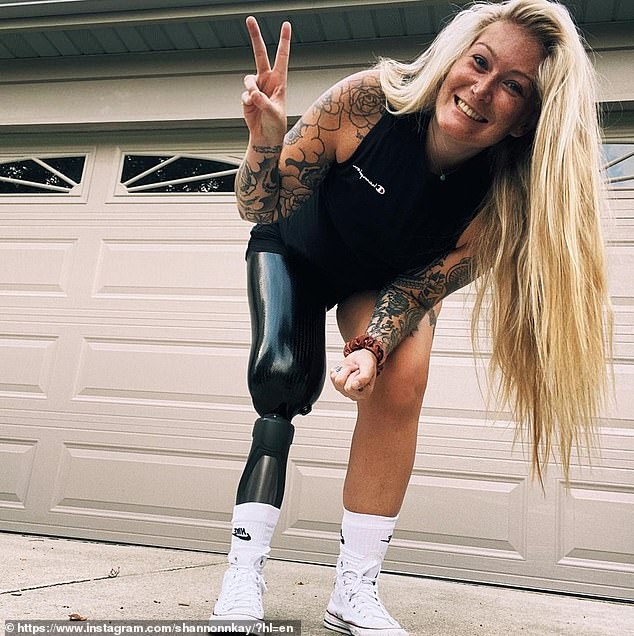 Tik Tok user Shannon Frandreis captured the moment her prosthetic leg was used to catch a home run ball at Sunday’s White Sox game. Frandreis posted this photo on Instagram in August following her 175 days after her post op amputation 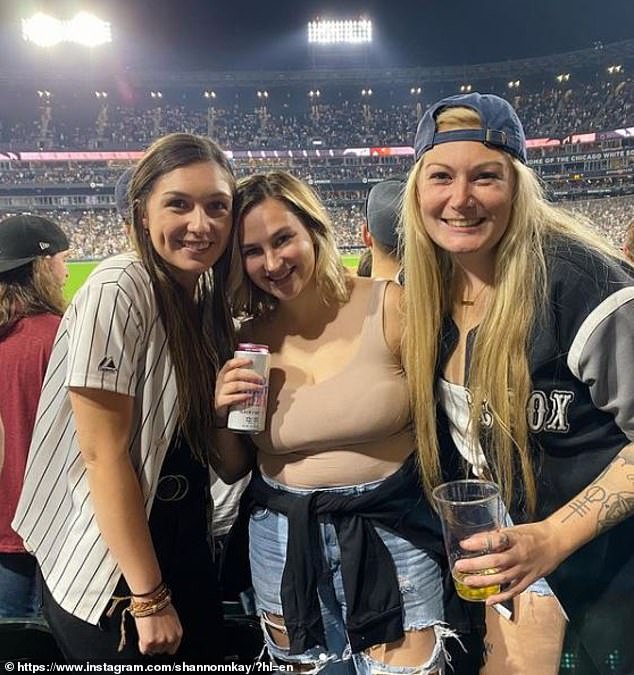 TikTok users shared in the excitement and celebrated her legendary home run catch.

‘She had a leg up for everyone,’ one user wrote.

‘The fact that everyone else is equally happy for you makes my heart smile,’ another said.

The video even impressed the NHL’s Dallas Stars, as the posted online: ‘A Star in the making.’

Even major companies such as Arby’s took the time to congratulate Frandreis.

‘YO @ESPN WHERE YOU AT !?’, the fast-food corporation wrote.

Frandreis also posted the video to her Instagram page with the caption ‘Swipe right to see us be drunk enough to use my leg to catch a ball.’

The White Sox won the Saturday game beating the Tigers with a score of 5-4.

Moncada helped secure the win for the White Sox with a two-run home run off from Tigers starting pitcher Kyle Funkhouser in the bottom of the eighth inning.

The White Sox face the Houston Astros on Thursday night in Game 1 of the American League Divisional Series. 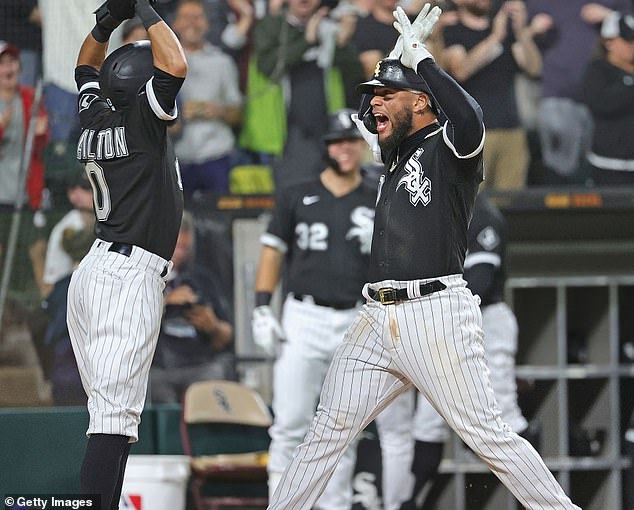 The ball that was caught was believed to be from White Sox third baseman Yoan Moncada who hit two-run home run off hits on Sunday’s game against the Detroit Tigers. The White Sox won the game 5-4 against the Tigers.