This is the terrifying moment hundreds of football fans were injured when a stand packed with thousands of people collapsed in India.

Footage shows the temporary stand tipping forwards before the start of a match in Kerala, southern India, on Saturday night.

A giant structure with floodlights attached then crashed down among the crowds trying to escape.

More than 200 people were injured, five of them seriously, and local reports said children were among the casualties.

Hundreds were injured when a football stand packed with around 2,000 people collapsed before the start a tournament final 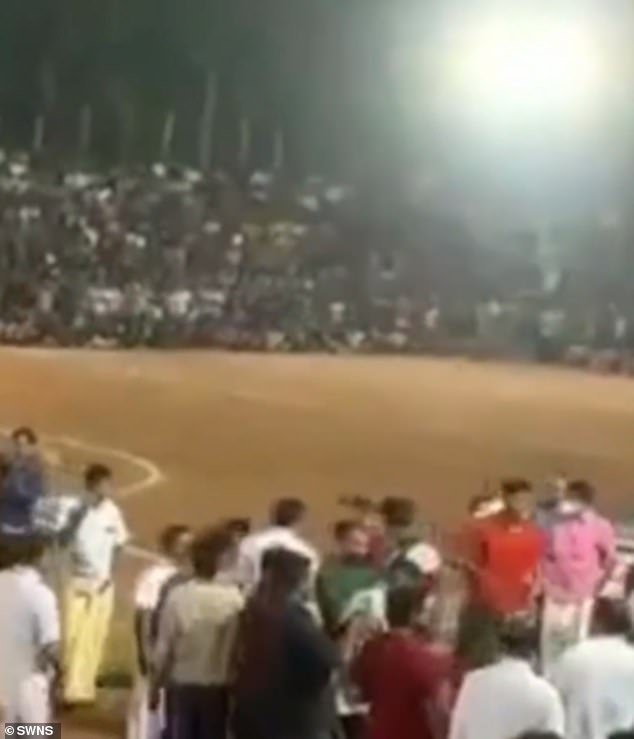 The stadium was packed with more people than expected, with a reported 6,000 present 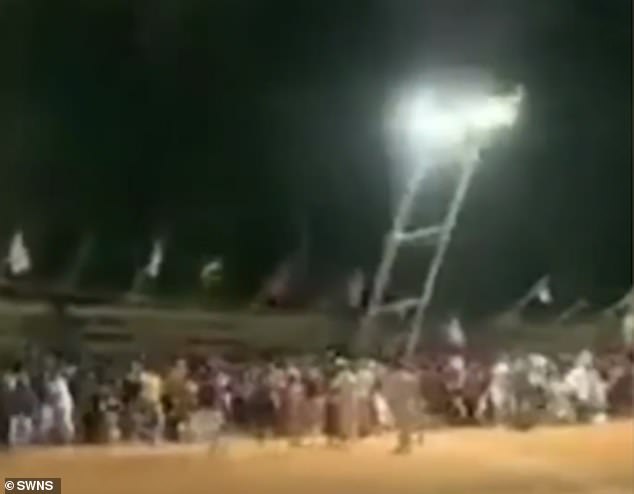 First the stand collapsed, before a giant structure with floodlights attached started to fall into the crowd

The stand was reportedly holding around 2,000 people, with 6,000 in total at the match, which local media said was a far bigger crowd than organisers had expected.

The shocking accident, which took place in the Malappuram district, before the final of the All India Sevens final between United FC Nellikuth and Royal Travels Kozhikode, saw more than 200 people rushed to nearby hospitals with injuries. 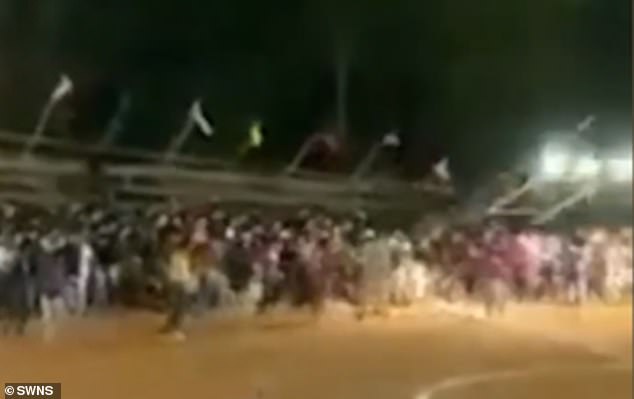 As thousands tried to escape the accident, the floodlights crashed down on people 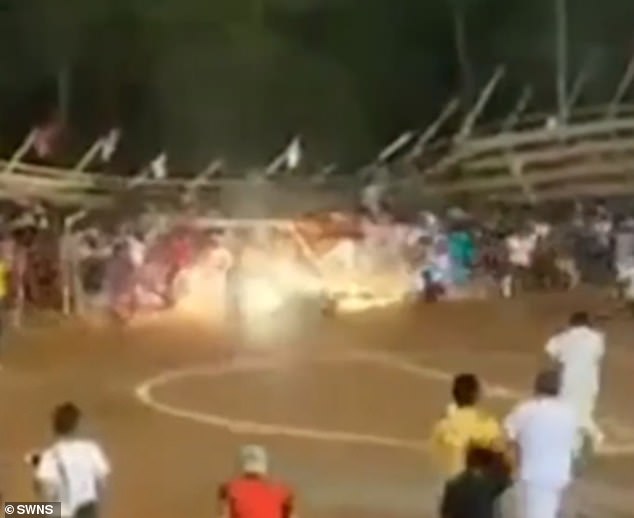 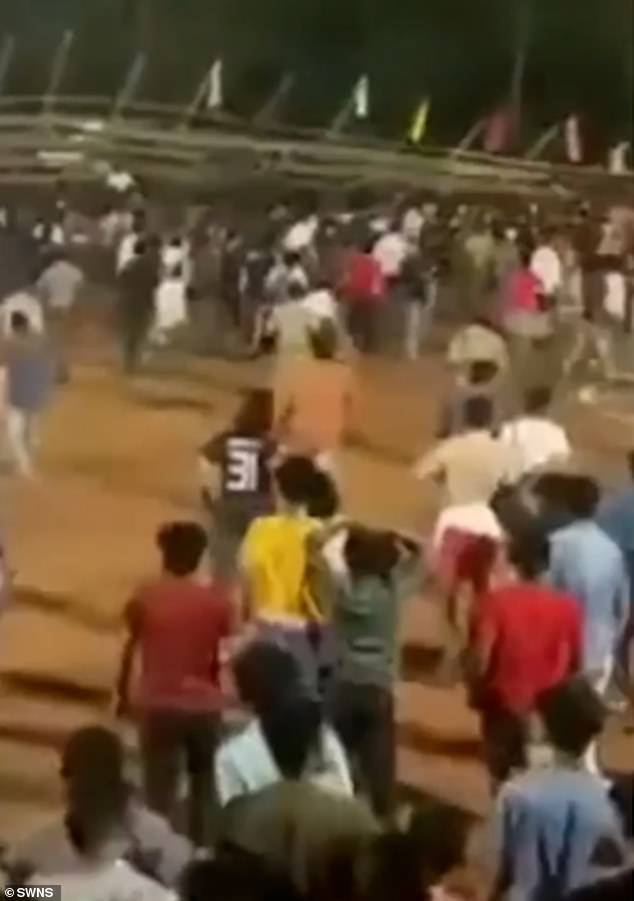 The match in Kerala, southern India, was postponed and around 200 people were rushed to hospital

In footage from of the incident, crowds can be seen charging forward seconds before the stand falls in a bid to escape the danger.

Gasps can be heard from shocked spectators witnessing the disaster, with several running forward to help people injured in the accident.

After the accident the final between the two sides was postponed.