Most Americans are recorded 238 TIMES a week by security cameras, study reveals

The typical American is recorded by security cameras 238 times a week, according to a new report from Safety.com.

That figure includes surveillance video taken at work, on the road, in stores and in the home.

The study found that Americans are filmed 160 times while driving, as there are about an average of 20 cameras on a span of 29 miles.

And the average employee  has been spotted by surveillance cameras at 40 times a week.

However, for those who frequently travel or work in highly patrolled areas the number of times they are captured on film skyrockets to more than 1,000 times a week.

Security cameras record the average American 238 times a week, according to a new report, including 14 times a week by wireless doorbell cameras like Amazon’s Ring device.

Safety.com, an independent site that reviews safety products and technology, warns that it’s difficult to know how many traffic cameras are just passively filming or permanently storing footage.

The average employee is filmed 40 times a week at or around their job, though it can vary tremendously depending on the environment.

Retail employees might be filmed hundreds of times a week but in an office situation ‘there might be a single camera at the entrance, if at all,’ the researchers said. 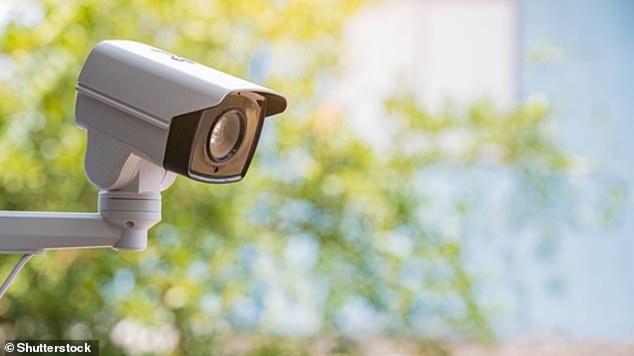 The typical driver will pass more than 20 cameras every day, according to Safety.com. The site warns that it’s hard to know how many traffic cameras are just passively filming or permanently storing footage

‘We took this into account as best as possible to find the most accurate average.’

The team said people drastically underestimate how much they’re being recorded. A 2016 survey from the video-surveillance publication IPVM found that the majority of people assumed they were being recorded less than five times a day.

The publication put the number closer to 50, though it did not include street and traffic cameras.

By next year, there will be an estimated one billion security cameras around the globe, CNBC reports, with 10 percent to 18 percent of them in the US alone. 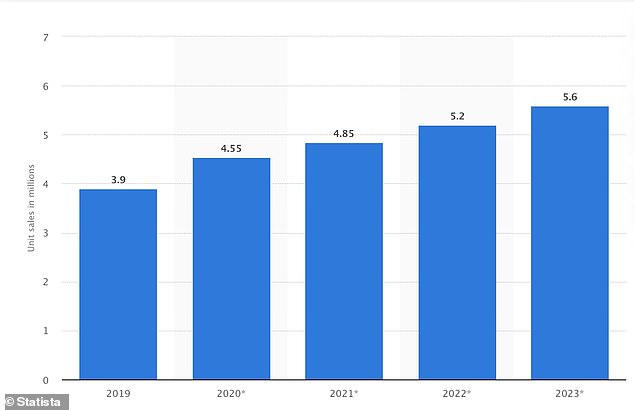 Sales of wireless doorbell cameras is expected to soar from 3.9 million units in 2019 to 5.6 million in 2023. A recent study showed criminals can determine if a homeowner is away just by analyzing the rate at which their camera uploaded data to the Internet

That’s the second-highest ratio after China, which has a camera for every 4.1 people.

‘We expect this number to continually increase and normalize the presence of security cameras as technology and facial recognition improves,’ Safety.com researchers said in a statement.

Doorbell cameras are a fast-growing segment of surveillance technology, with 3.9 million in US homes owning them already, according to Statista, and 5.6 million expected to by 2023.

The average American is on film in their house or neighborhood 14 times a week.

Not only do smart home security cameras raise privacy issues, they can actually put owners in jeopardy.

According to a recent study, criminals can determine if someone is home just by tracking data from their wireless cameras.

This was done without even watching the footage itself but by looking at the rate at which cameras uploaded data via the Internet.

Researchers from the Chinese Academy of Science and Queen Mary University of London found that future activity could be predicted based on past patterns.

‘Once considered a luxury item, these cameras are now commonplace in homes worldwide,’ said co-author Gareth Tyson, a computer science professor at Queen Mary University of London. ‘As they become more ubiquitous, it is important to continue to study their activities and potential privacy risks.’

At its annual hardware event Thursday, Amazon unveiled The Ring Always Home Cam, which is stationed atop a flying drone.

Its camera streams a live view from inside in home to the user’s smartphone, based on a predetermined flight path, and can take footage from multiple viewpoints.