Alleged murderer Sabrina Kouider ‘screamed like a mad woman’ when her nanny Sophie Lionnet tried to escape back home to France, a court heard on Thursday

A mother accused of murdering her French nanny ‘screamed like a mad woman’ after she tried to get away, a court heard.

Fashion designer Sabrina Kouider and her partner Ouissem Medouni allegedly killed Sophie Lionnet at their Wimbledon home and burned the body in the garden last September.

The prosecution claim the couple had kept her a virtual prisoner and tortured her into confessing to false allegations of being in league with Kouider’s ex-boyfriend, former Boyzone band member Mark Walton.

Walton has previously given evidence that he never met the victim.

Giving evidence, Nicole Vatonavimlakul said she tried to protect the 21-year-old au pair from her employer and help her return to her family in France.

Recalling an incident in Kouider’s kitchen last July, she said she saw ‘Sophie holding her head’ and crying.

She told jurors: ‘I saw Sophie on the floor. I stepped between Sophie and Sabrina to hold her back from attacking Sophie.

‘Just as she was about to kick her, I stopped her. She grabbed a chair and I had to take the chair from her before she did any damage.’ Giving evidence, Nicole Vatonavimlakul (left) said she tried to protect the 21-year-old au pair (right)  from her employer and help her return to her family in France

In August, she took Miss Lionnet into her home and lied to Kouider by saying she had got her a ticket to go back to France, the Old Bailey heard.

But Kouider turned up on the doorstep ‘absolutely livid’, Ms Vatonavimlakul said.

‘She was screaming like a mad woman. Sabrina stormed into my house. She pushed the door open and shouted at Sophie in French and told her to get her stuff and get out of my house.

‘I told Sabrina could she please calm down. She was just screaming and shouting. I couldn’t control her. I was so scared. She was absolutely livid.’

Ms Vatonavimlakul added: ‘I did not do the right thing by reporting to the authorities. Then, I just wanted Sophie to go home. She wanted to go home.

‘I was just trying my best to make sure she got home on that Monday (in August) she was expected to be home for her sister’s birthday.’ 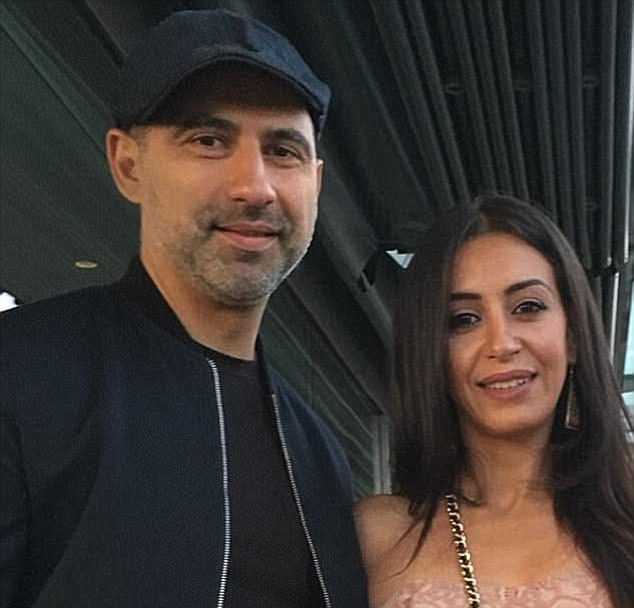 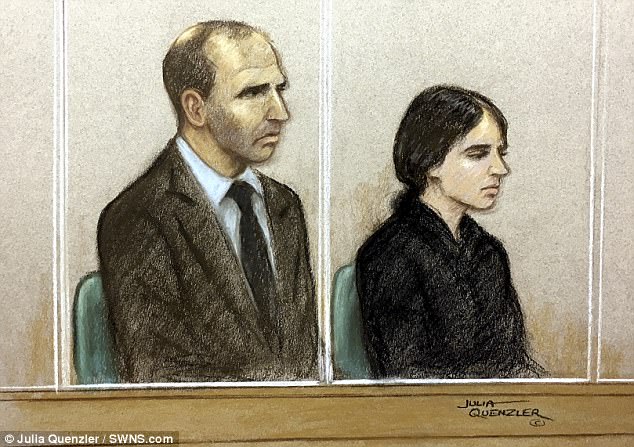 He said: ‘Sophie said to me that she was not happy but could not go home. I did not know what she meant by this and I didn’t ask because I didn’t want to get involved.

‘She always seemed miles away and would eat her food very fast. I began to think maybe she was not getting enough food at home.

‘She had tears in her eyes and she kept saying, ”My mum is not well”. I said, ”Why don’t you go?” There was no response from her.’

Recalling another conversation, he said: ‘This time she was crying a bit more. I said, ”Come on, tell me what’s going on”.

‘She said, ”I was beaten”. I asked her what happened and she said, ”Butter fell off the fridge and Sabrina beat me”.’

Prosecutor Ben FitzGerald asked how she seemed, and the witness said: ‘I was a bit worried. She was always dragged down. She never spoke, very quiet, holding words back.’

Mr Croner offered to help Miss Lionnet find a new job and a place to live or loan her the money for a ticket home.

He knew she had told Kouider when she angrily accosted him, allegedly saying: ‘Michael, what do you think you are doing. She’s a minor and it’s not right.’

She called Miss Lionnet ‘a b***h’, telling Mr Croner: ‘She wants to get sympathy from everyone. She’s got a man here, a man there, a man all over,’ jurors heard. 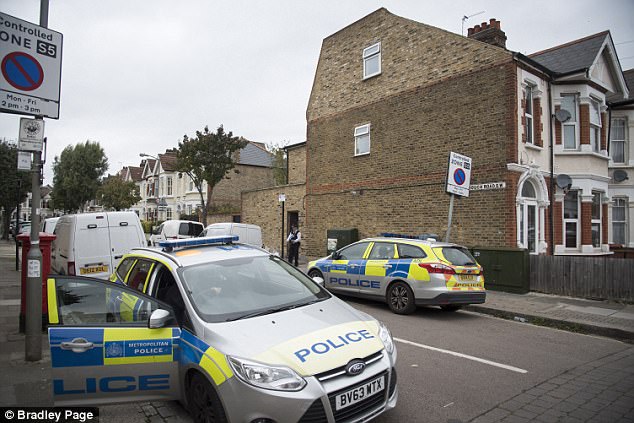 The Old Bailey has heard Miss Lionnet was killed and her body thrown on to a bonfire in the couple’s garden at their home on this road (pictured) in Southfields,, South West London

Mr Croner had met Miss Lionnet through the defendants, who had approached him to rent space for a French pancake stall.

Kouider had also asked him if she could host a fashion show in one of his restaurants, the court heard.

Despite having a crepe stall at a Christmas market and a free trial period, the venture came to nothing.

Kouider, 35, and Medouni, 40, have denied murder but admit perverting the course of justice.

She also told jurors the defendant was dominating but cordial.

‘Physically, I thought she looked beautiful. I thought she was very glamorous and looked like a Kardashian. I was taken aback by her beauty.’

The witness said Medouni was pushy and unnerving when they met.

She said: ‘He was not aggressive towards me but he is quite a bit bigger than me. I found him forceful and I found that quite intimidating.’