A Canadian schoolteacher and her 10-month-old daughter were mauled to death by a grizzly bear this week while taking a walk outside their remote cabin, where the family had been staying during her maternity leave.

Gjermund Roesholt returned to the cabin near Einarson Lake in the Yukon territory at around 3pm Monday to find the lifeless bodies of his partner, 37-year-old Valerie Theoret, and their baby girl, Adele Roesholt.

CBC News reported that the bear that killed Roesholt’s family was still roaming about and charged at him, prompting the man to shoot and kill the animal.

Canadian schoolteacher Valerie Theoret, 37, was mauled to death by a bear along with her 10-month-old daughter, Adele Roesholt 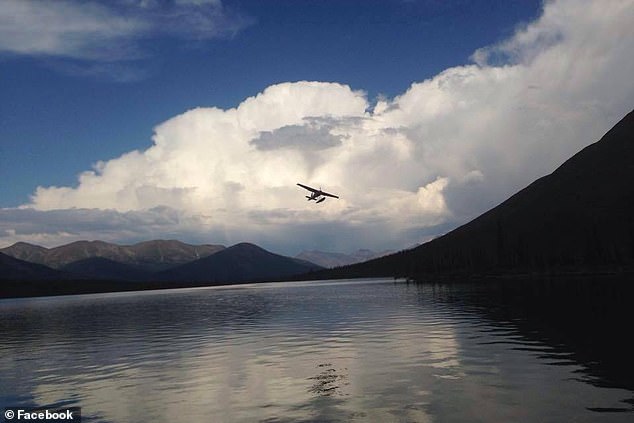 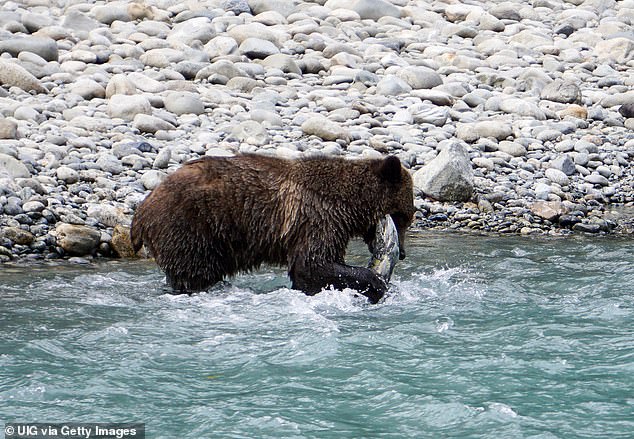 A grizzly bear is seen catching salmon in a river in British Columbia, Canada (stock image)

The Yukon Coroner’s Office stated in a press release that the mother and daughter were likely attacked while out for a stroll, sometime between 10am and 3pm. 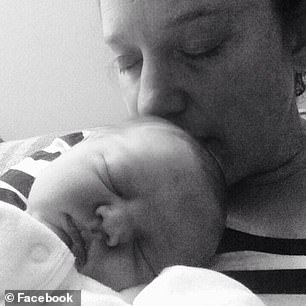 At the time of her death, Theoret, a sixth-grade French teacher, was on maternity leave (pictured with her baby as a newborn)

Theoret’s friend Remy Beaupre told the station Valerie had been on maternity leave, and the family had spent the last three months at the cabin, engaging in animal trapping in the heavily wooded area.

Roesholt told the authorities said he had spent Monday morning and afternoon trapping away from home.

As he was approaching his cabin, at that point still not knowing what had happened to his girlfriend and daughter, the grizzly bear lunged at him.

After killing the bear, Roesholt came upon Valerie and baby Adele’s bodies. 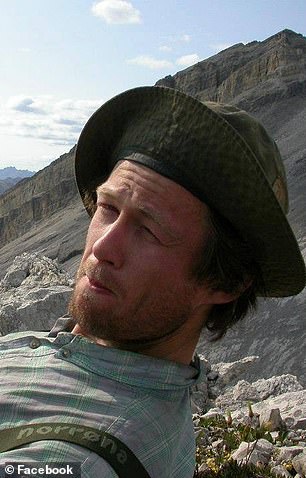 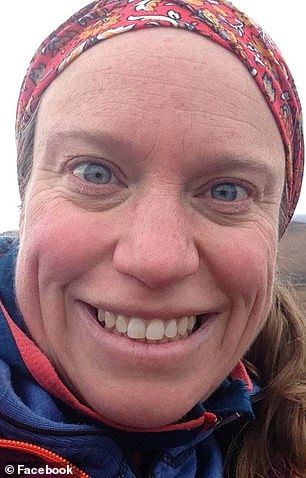 When Theoret’s boyfriend (left) returned, the same bear attacked him as well, but Gjermund Roesholt was able to kill the animal. He then found the bodies of Valerie (right) and their baby 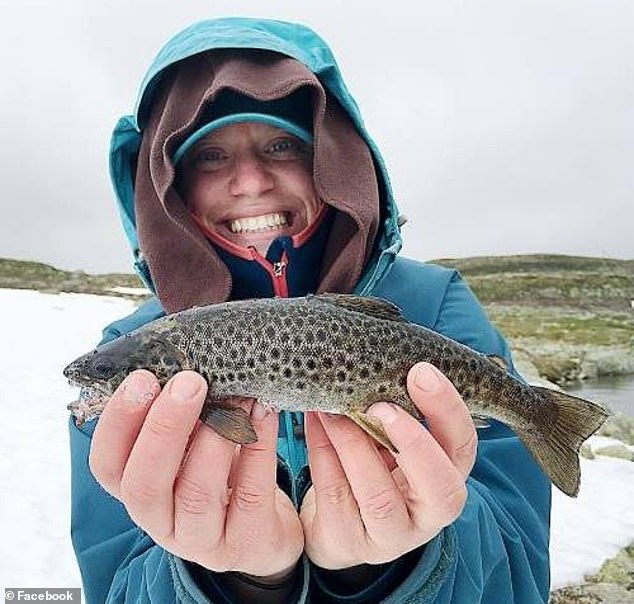 About three years ago, she and Roesholt bought the cabin near Einarson Lake, some 250 miles northwest of their hometown of Whitehouse, planning to spend as much time there as possible.

Beaupre, the family friend, said both Theoret and her boyfriend had ample experience surviving in the wilderness, were well-prepared for emergencies and loved the great outdoors.