A mother-of-one died after accidentally overdosing on morphine just two years after her father was arrested on suspicion of poisoning her mother with the same drug.

Caron Hampson had been taking morphine since 2004 following a jaw operation but continued to take the drug for other ailments, an inquest heard.

The 53-year-old was found unresponsive at her home in Blackley, Manchester in September 2016 after having a heart attack when she took more than double the recommended dose.

She was pronounced dead in hospital the following day having suffered irreversible brain damage.

In April 2014 Mrs Hampson’s 83-year-old father Walter Crompton was arrested on suspicion of poisoning his wife of 60 years, Eileen, after he attached a morphine patch to his wife’s leg to alleviate her pain following a blood clot.

But the arrest led to national outcry and police eventually dropped the case after it emerged the patch had been legally prescribed by a doctor.

Mrs Hampson’s widower Simon, who died of a heart attack days after her inquest on February 19, told the hearing his wife suffered from Graves’ disease and Agoraphobia. 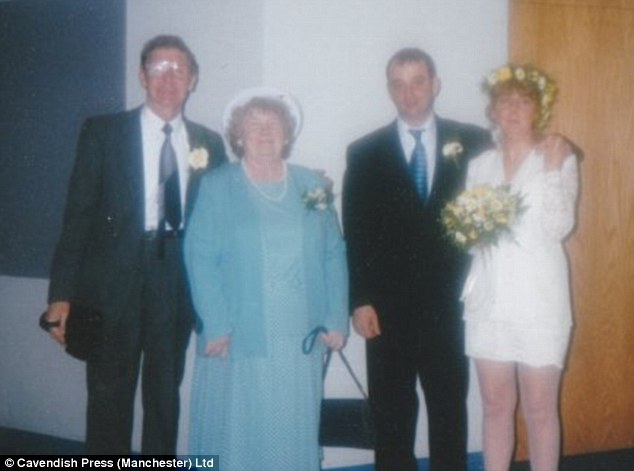 In April 2014 Mrs Hampson’s father Walter Crompton was arrested on suspicion of poisoning his wife of 60 years, Eileen, after he attached a morphine patch to his wife’s leg. He was completely exonerated when it emerged the treament was medically-prescribed. Mrs Hampson is pictured here with her husband and her parents 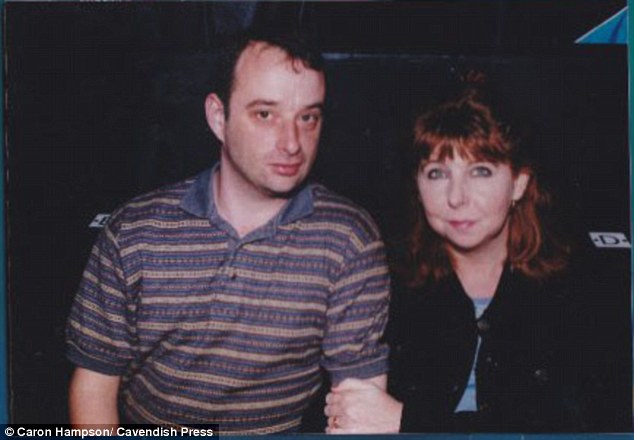 Mrs Hampson’s widower Simon (pictured together), who died of a heart attack days after her inquest on February 19, told the hearing his wife suffered from who had Graves’ disease and Agoraphobia

Mr Crompton attended the inquest into his daughter’s death in Manchester.

WHAT IS GRAVES’ DISEASE?

An overactive thyroid (hyperthyroidism) occurs when the thyroid gland produces too much of the thyroid hormones.

In about three in every four cases, an overactive thyroid is caused by the condition Graves’ disease.

This is an autoimmune condition, which means the immune system mistakenly attacks the body. In Graves’ disease, it attacks the thyroid and causes it to become overactive.

The cause of Graves’ disease is unknown, but it mostly affects young or middle-aged women and often runs in families. Smoking can also increase the risk of getting it.

The inquest heard how his Mrs Hampson, a cloth matcher, began taking the prescription-only pain killers following surgery in 2004.

The prescriptions continued as she suffered from Graves’ disease, which affects the thyroid gland.

In the week before her death she had been admitted to hospital after a routine blood test revealed she had dangerously low levels of potassium.

While outside having a cigarette she fell and bumped her head but doctors said she was safe to be discharged and was sent home 48 hours prior to her collapse.

Mrs Hampson’s husband Steven told the hearing: ‘Caron had issues in the past with agoraphobia and Graves’ disease and had been taking morphine for 12 years.

‘She spent eight days in Manchester Royal Infirmary being treated for dangerously low levels of potassium.

‘Whilst waiting to be discharged she went out for a cigarette and fell backwards and smashed the back of her head on the pavement, but she was deemed okay to be released home.’ 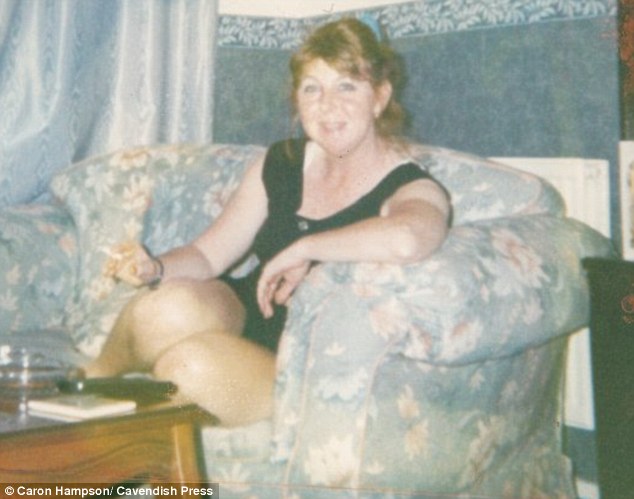 The inquest heard how his Mrs Hampson, a cloth matcher, began taking the prescription-only pain killers following surgery in 2004 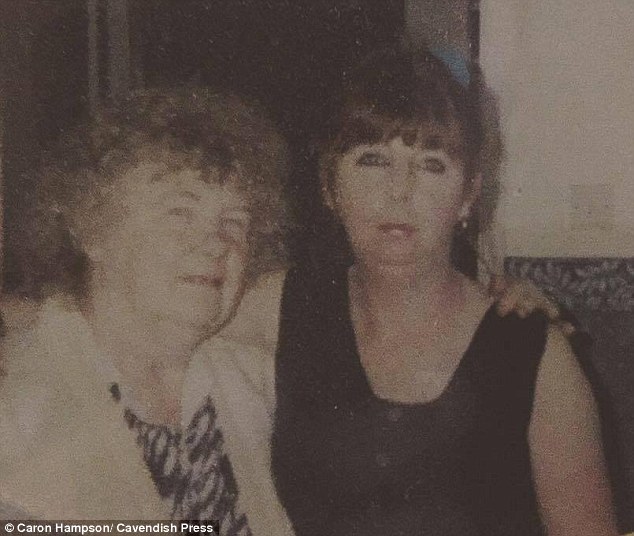 Mrs Hampson, pictured with her mother, was pronounced dead in hospital having suffered irreversible brain damage

Agoraphobia is a fear of being in situations where escape might be difficult or that help wouldn’t be available if things go wrong.

Someone with agoraphobia may be scared of travelling on public transport, visiting a shopping centre or leaving home.

If someone with agoraphobia finds themselves in a stressful situation, they’ll usually experience the symptoms of a panic attack.

Agoraphobia usually develops as a complication of panic disorder, an anxiety disorder involving panic attacks and moments of intense fear.

Traumatic events, such as bereavement, may contribute towards agoraphobia, as well as certain genes inherited from parents.

Pathologist Samir Al-Haba recorded the cause of death as acute heart failure caused by morphine toxicity.

In a statement, Mrs Hampson’s GP Dr Jeenita Mohanty said: ‘Caron would have regular views for her medication.

‘She underwent regular blood tests and ECG’s because of the type of medication she was on.

‘She was due to be reviewed again around the time of her death.’

Recording a verdict of drug related death, coroner Fiona Borrill said: ‘Caron was admitted to hospital because of low potassium but doctors were unable to assess what had caused that.

‘They treated it successfully and the levels were at normal reading by the time she was discharged on September 13.

‘Whilst waiting to be discharged she fell and banged her head but there was no evidence of a traumatic brain injury.

‘She was pleased to be home but was also in pain and discomfort.

‘She has clearly taken more morphine than she should have done.

‘The morphine level in the blood was enough to appose a significant risk of toxicity.’