But by adopting a few simple tricks, she has managed to cut her bill down to just $150.

‘Sometimes I can get it down to $100. Those weeks we’ll eat less meat, but also cook from the freezer,’ she told FEMAIL.

‘On average, I usually hit around the $150 mark, and I’m pretty happy with that.’

Chantelle Ellem, 38, from Northern Rivers in NSW said she used to spend $300 on her weekly grocery shop but has now managed to cut it down to $150

The mother-of-two who blogs at Fat Mum Slim said it’s important to pay attention to specials in grocery catalogues, which is what she bases the family’s meals for the week ahead off of.

‘I start out by looking at the specials for the week, so I know what I’m working with, and then I have a meal plan sheet that I work from,’ she said.

‘I write out what ingredients we need, what I already have in the pantry, and then create a list from there.’

She said the online catalogue on the Woolworths site is her ‘best friend’ and new specials are released every Wednesday. 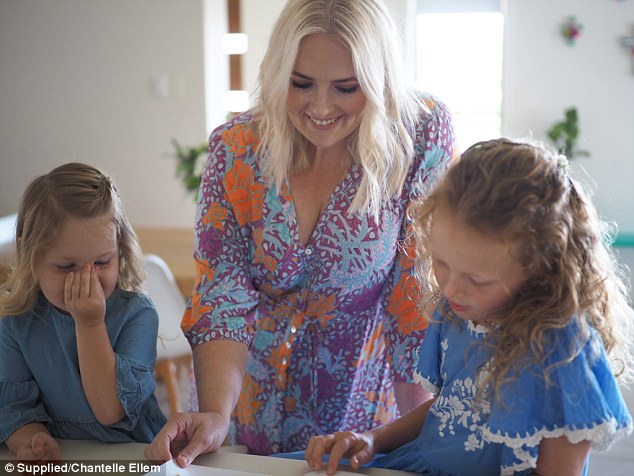 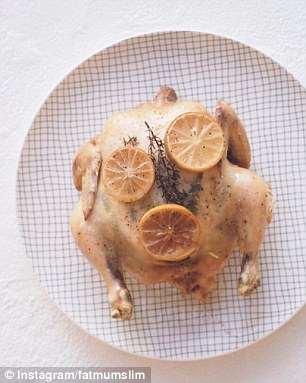 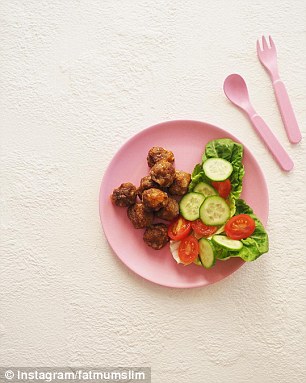 – Meal plan. I always save when I’m organised.

– Shopping when I’m not hungry.

– Shop online. Without a doubt, when I shop online I spend less.

– Grab something from the Odd Bunch.

– Shop solo. I’m a sucker for giving in to my kids.

– Pick and choose. There are some things I like to spend more on (cuts of meat, the best hams from the deli, and local milks) and then for all of my other pantry items I always look for the green Woolworths ‘W’ seal of approval.

For families that are trying to stick to a budget Ms Ellem recommends buying the ‘Odd Bunch’ range at Woolworths in the fruit and vegetable section.

This is where all the odd-shaped and less pretty fruits and vegetables live that may not look beautiful but they taste the same and cost less.

‘They cost nothing, and every dollar you spend gives you one point. Once you reach 2,000 points you automatically get $10 off your shop,’ she said. 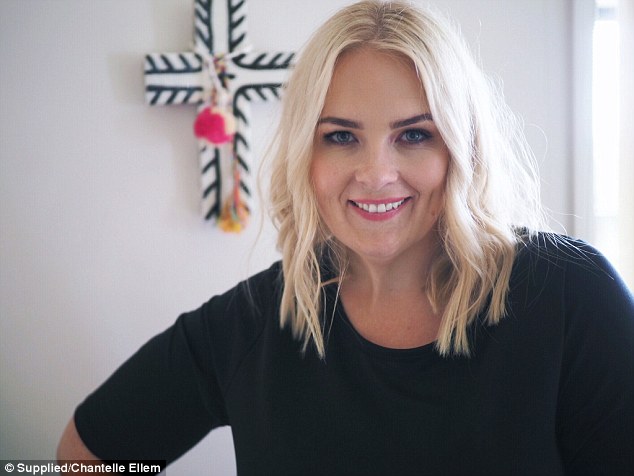 ‘You can also avoid overspending by shopping without the kids, making sure you shop on a full tummy, and by shopping to a list without straying from it.’

The blogger explained that there are certain foods people should always have stored in their pantry: pasta, rice and tomato purée.

‘Pasta and rices are always very handy to have in the cupboard, and are an easy way to bulk up a meal for very little money,’ she said.

‘Passata (a tomato sauce) is also a great staple to have, because you can turn it into a delicious pasta sauce, or even team it with meatballs.’

Ms Ellem said it’s very easy to find spaghetti for only $1, which can be the base for delicious meals. 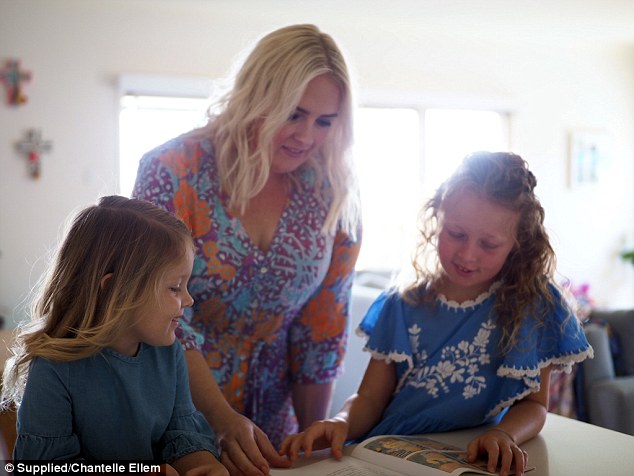 The blogger explained that there are certain foods people should always have stored in their pantry: pasta, rice and tomato purée

She added that it’s better to incorporate fruit and vegetables that are in season as they tend to be cheaper.

When it comes to lunches she makes them in bulk at home, her go-tos being meatballs with a salad or soups for herself and her husband.

For her children she’ll make homemade sausage rolls, quiches and sandwiches in bulk.

‘It’s all about balance, when feeding a family. You’ll notice that the Vegemite pasta doesn’t have a vegetable in sight, but it’s one of those meals that you throw together and know the kids will eat,’ she said.

‘Every mum or dad needs one of those recipes up their sleeves.’ 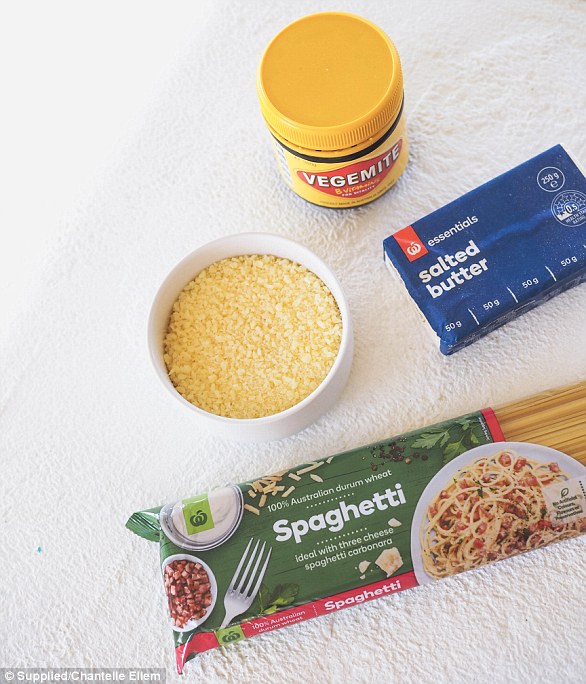 Don’t click away. I know you’re thinking this recipe is absolutely not for you. I thought the same. I thought it wasn’t for me either, but I made it (it’s inspired by a recipe that I saw Nigella once make with Marmite). I ate it and I LOVED it. The Vegemite does something with the Parmesan, and it’s just comforting and delicious.

2 tablespoons of grated parmesan (or more if you’re into cheese!)

1. Fill a large pot with water, and bring to the boil.

3. Serve onto plates and sprinkle Parmesan cheese over the top. Tuck in! 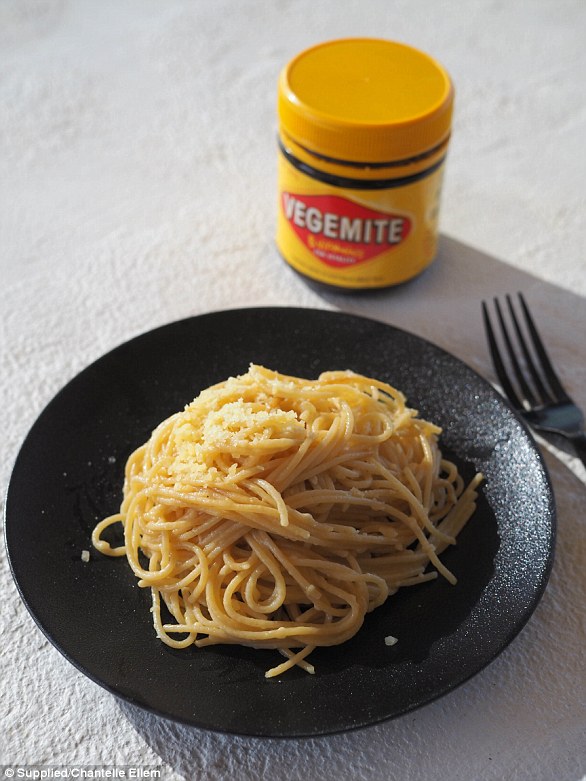 ‘I thought it wasn’t for me either, but I made it (it’s inspired by a recipe that I saw Nigella once make with Marmite),’ she said