Police have described the ‘horrific’ crime scene where a 42-year-old mother was stabbed to death in front of her two children.

The mum-of-three’s body was discovered at a home on Brae Street, the Range, at Rockhampton in Central Queensland, at about 6.30pm on Tuesday.

Emergency crews found the victim with ‘horrific’ wounds and they were unable to save her.

A 45-year-old man, who is believed to be the children’s father, was found with self-inflicted wounds about two hours later.

The mum-of-three’s body was discovered at a home on Brae Street, the Range, at Rockhampton in Central Queensland, at about 6.30pm on Tuesday

He is under police guard while being treated for non-life-threatening injuries at Rockhampton Base Hospital.

Acting Inspector Luke Peachey described the scene as ‘one of the worst things we’ve seen’.

He said the woman’s children are with now with their grandfather. Two of the victim’s three children witnessed the stabbing.

‘They’re very shaken up and I might add, as are the police who attended and the QAS officers,’ he said on Wednesday morning.

‘What you’ve got to imagine is that the scene was quite horrific.

‘The 42-year-old victim, she suffered some horrific wounds and the first responding officers did an amazing job, as did the QAS officers.

‘It’s a horrific scene for all included, especially those children.’

A neighbour told the Morning Bulletin two children ran across the road screaming. 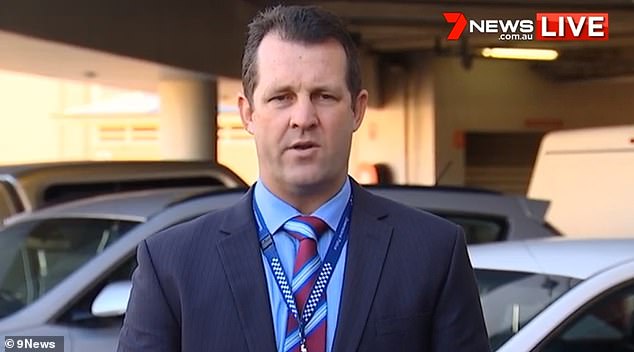 Acting Inspector Peachey would not be confirm if he is the children’s father or if the attack was domestic violence.

He also would not rule out the possibility the man was under the influence of drugs at the time.

‘We’re not going to rule anything out at this stage,’ he said.

‘Investigations are ongoing as we speak. What I can say is both persons were known to each other.

‘It would appear that only one party lived at that address. However, the circumstances surrounding how that other person came to be there are under investigation.’

Police believe they found the ‘sharp-edged’ weapon at the crime scene, but are awaiting forensic test results.

‘Three children have lost a mother, a father and mother have lost their daughter… so it’s an absolutely tragic event,’ Acting Inspector Peachey said.

‘We’ve been police officers for a number of years, and this is one of the worst things we’ve seen.

No charges have been laid, and police are expected to interview the man in hospital when he has recovered from surgery. 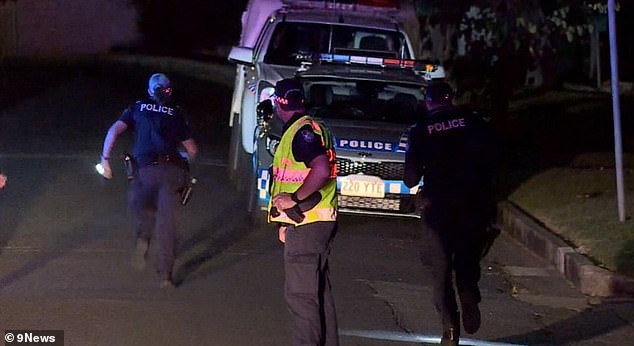 Pictured: Emergency crews on the scene in Rockhampton on Tuesday evening