Dozens of mourners were finally able to visit their loved ones and pay their respects after cemetery closures aimed at limiting the spread of coronavirus were lifted and they were granted a two-hour window to enter.

People queued at the gates two metres apart and in their cars to enter cemeteries across Birmingham after the city council eased regulations which saw burial sites across the city close.

Parked cars lined the street outside Quinton Cemetery and Brandwood Cemetery, both in Birmingham, as people arrived during the allocated two-hour window to visit the graves of their loved ones.

The new time restrictions vary between each graveyard site in Birmingham and the council is still only allowed a maximum of six immediate members of family to attend funerals.

The ease in restrictions comes after MP Robert Jenrick, Secretary of State for Housing, Communities and Local Government, urged councils to reopen cemeteries and graveyards during the daily televised coronavirus conference.

On April 18 he said the sites must reopen ‘not for people to congregate in’ but for people to visit privately and ‘seek solace’ at the grave of someone they loved.

‘There have been times in my life when I have needed to do that. I’m certain there are people who need to do it today,’ he added. 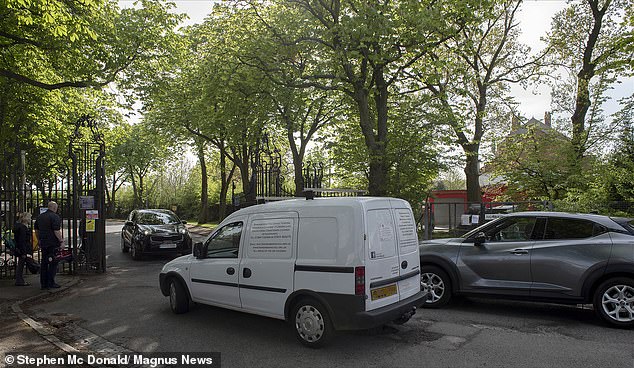 A spokesperson from Birmingham City Council said the local authority opted to close cemeteries to the public at the beginning of lockdown due to ‘no guidance provided by central government’.

They added: ‘This was done to reduce the risk of the virus spreading and in response to reports that social distancing was not being observed.

‘The Secretary of State announced changes to the ways local authorities operate cemeteries on 18 April 2020.

‘We reviewed our policy and cemetery and crematorium grounds are now open for visitors every day for two additional hours in the evenings after services have completed. 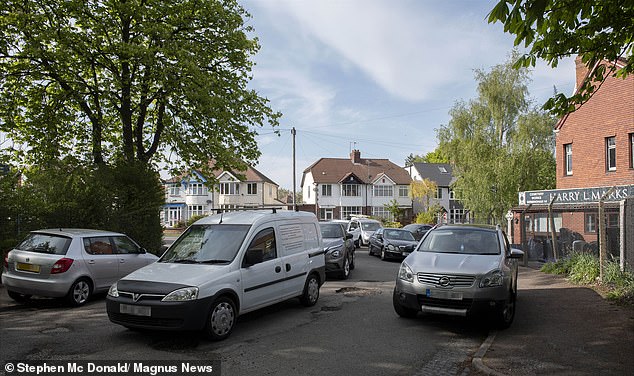 ‘We expect people to maintain social distancing measures as they would do in shops, parks, public transport and green spaces.’

Tensions between bereaved families and funeral staff have escalated in the city and this week the council condemned the actions of some mourners who spat at and were verbally abuse to staff, reported BirminghamLive.

The councils are also allowing as many as ten people to attend funerals and pay their respects.

Several local authories across the UK decided to temporarily close cemeteries in a bid to reduce the spread of coronavirus when the lockdown was introduced and have since reopened them.

Similar to the actions taken by Birmingham City Council, Islington and Camden councils have since reopened burial grounds but have cut down the visiting hours of one in particular – Islington and St Pancras Cemetery – because it has a working crematorium.

Graveyards in Wolverhampton, Cardiff and Bristol are still closed despite MP Robert Jenrick’s guidance but are open for burials and cremation services.

Redditch Borough Council closed all its cemeteries at the beginning of lockdown but reopened a few weeks afterwards.

It has since introduced several measures to help people say goodbye to their loved ones safely such as asking mourners to remove tissues and service sheets when they leave, increasing the distance between pews and removing all hymn books.

Elsewhere in the country, Gateshead Council decided to keep all cemeteries open to the public throughout the pandemic despite others moving towards a temporary closure.