Over the years, the MTV Video Music Awards red carpet has offered an opportunity for celebrities to go wild and showcase some of their weirdest and wackiest fashions – and it seems that this year was no different.

From over-the-top sparkles to glittery capes to an alien-inspired ensemble, the red carpet at this year’s awards ceremony at The Forum in Los Angeles, California, was overrun with fashion faux pas.

Leading the list of worst dressed disasters at this year’s awards show was MTV star Farrah Abraham, who arrived on the red carpet in a too-tight pair of white pants which she had paired with an over-the-top pair of metallic gold boots that looked more like a tacky candy wrapper than a designer must-have.

Candy wrapper? Teen Mom star Farrah Abraham wore a pair of thigh-high gold boots that looked more like they should have been wrapped around a chocolate bar than a pair of legs 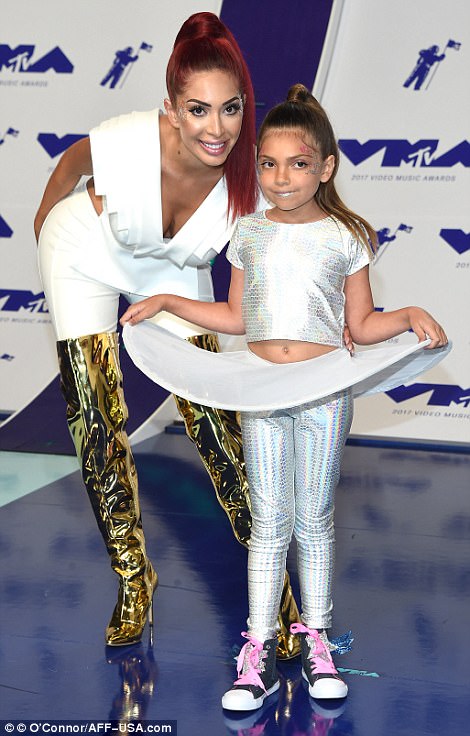 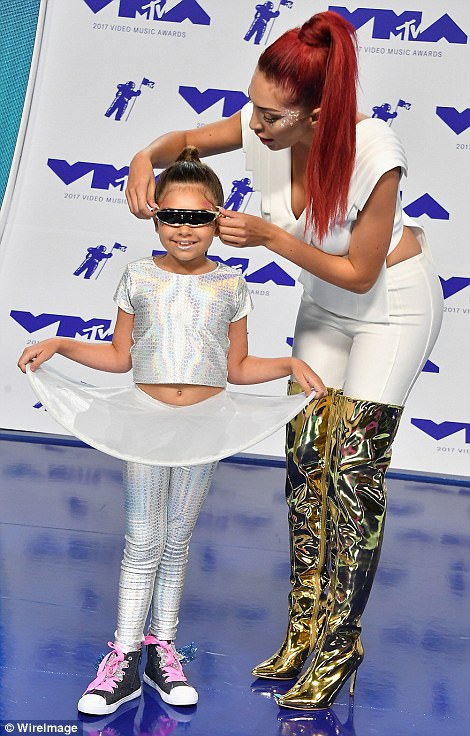 Partner in crime: The reality star dressed her daughter Sophia in what appeared to be an alien outfit, perhaps in honor of the iconic Moonman trophy given out at the awards 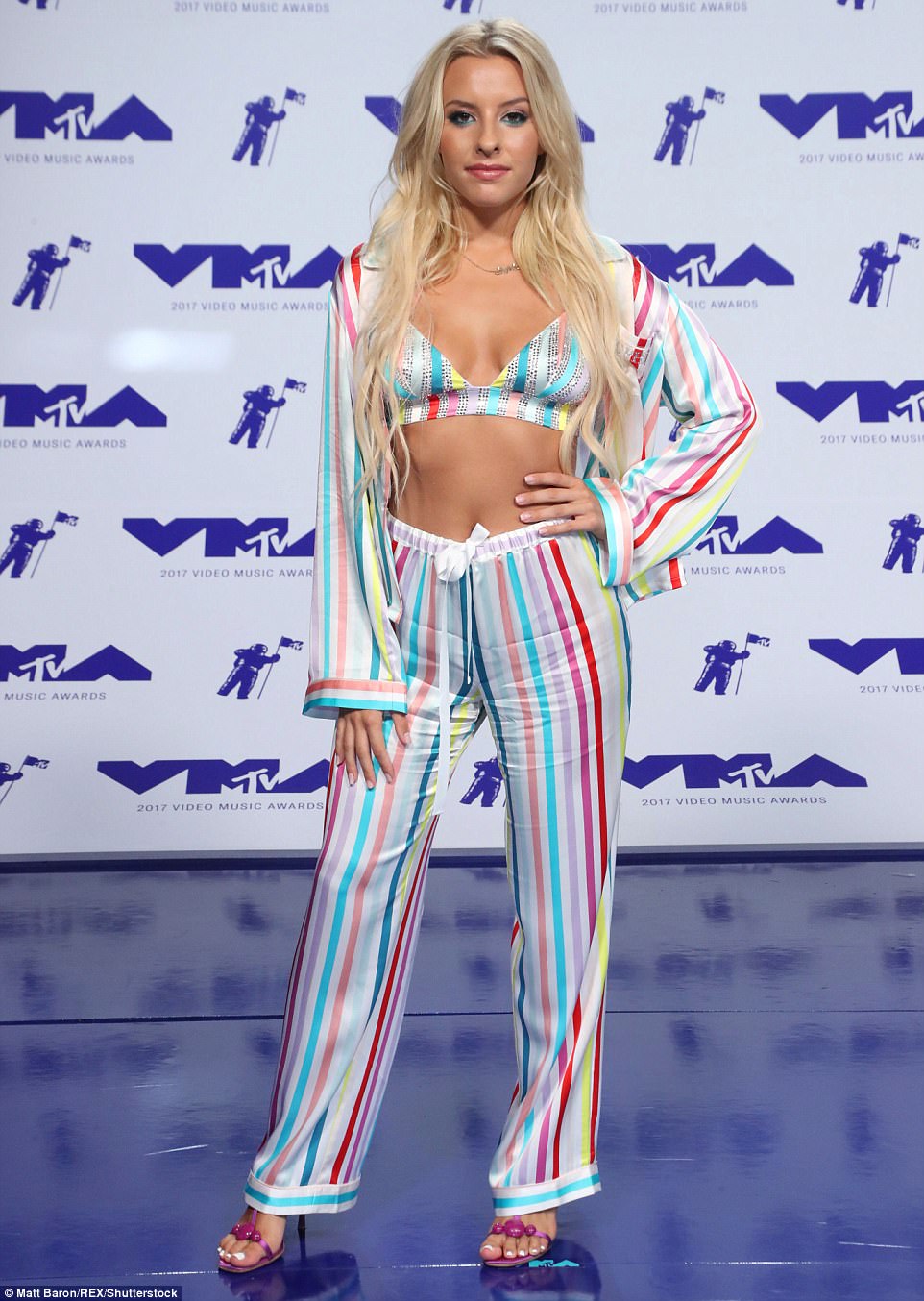 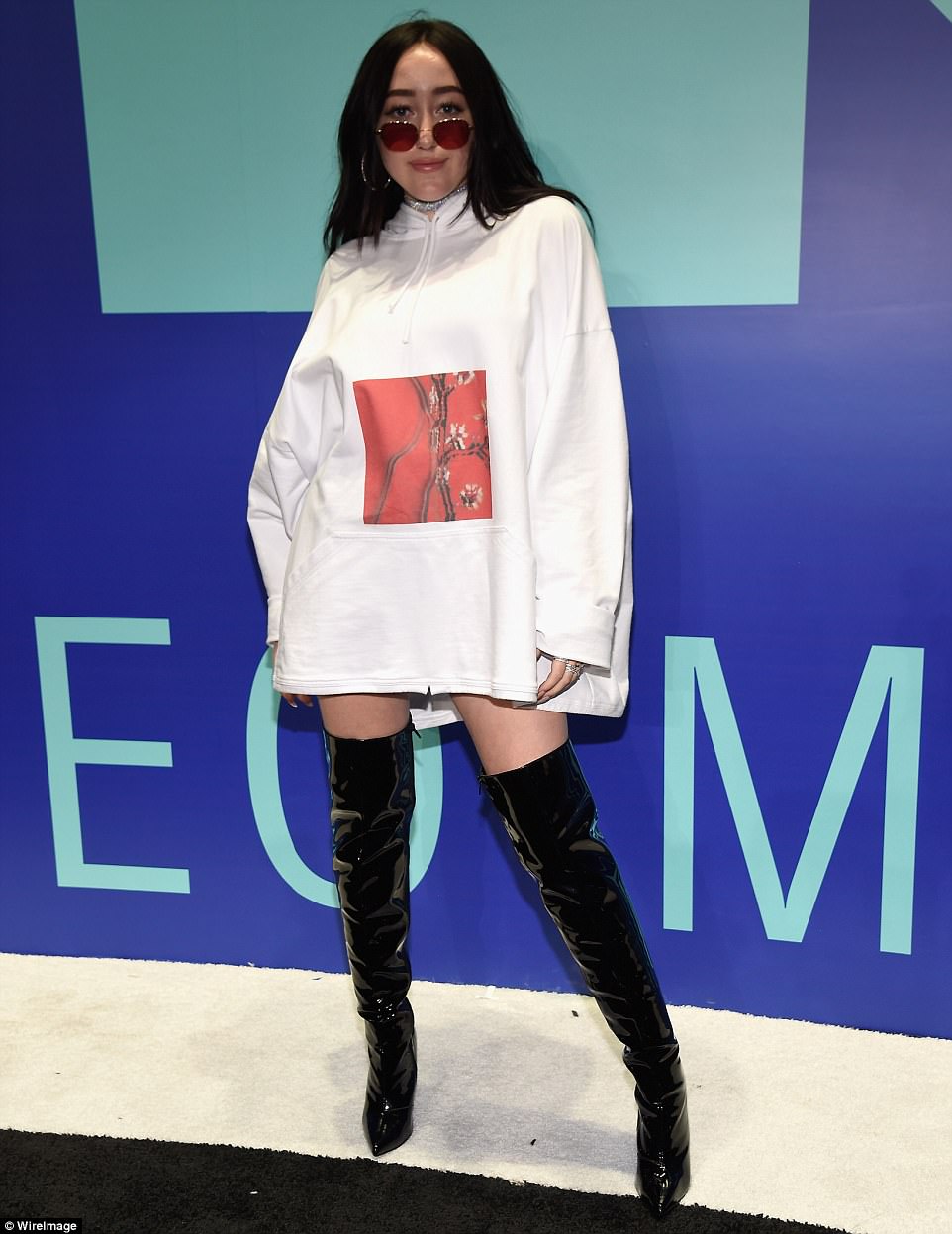 Dress down disaster: Noah Cyrus, younger sister of singer Miley, was incredibly under-dressed in a very short hoodie and a pair of thigh high boots 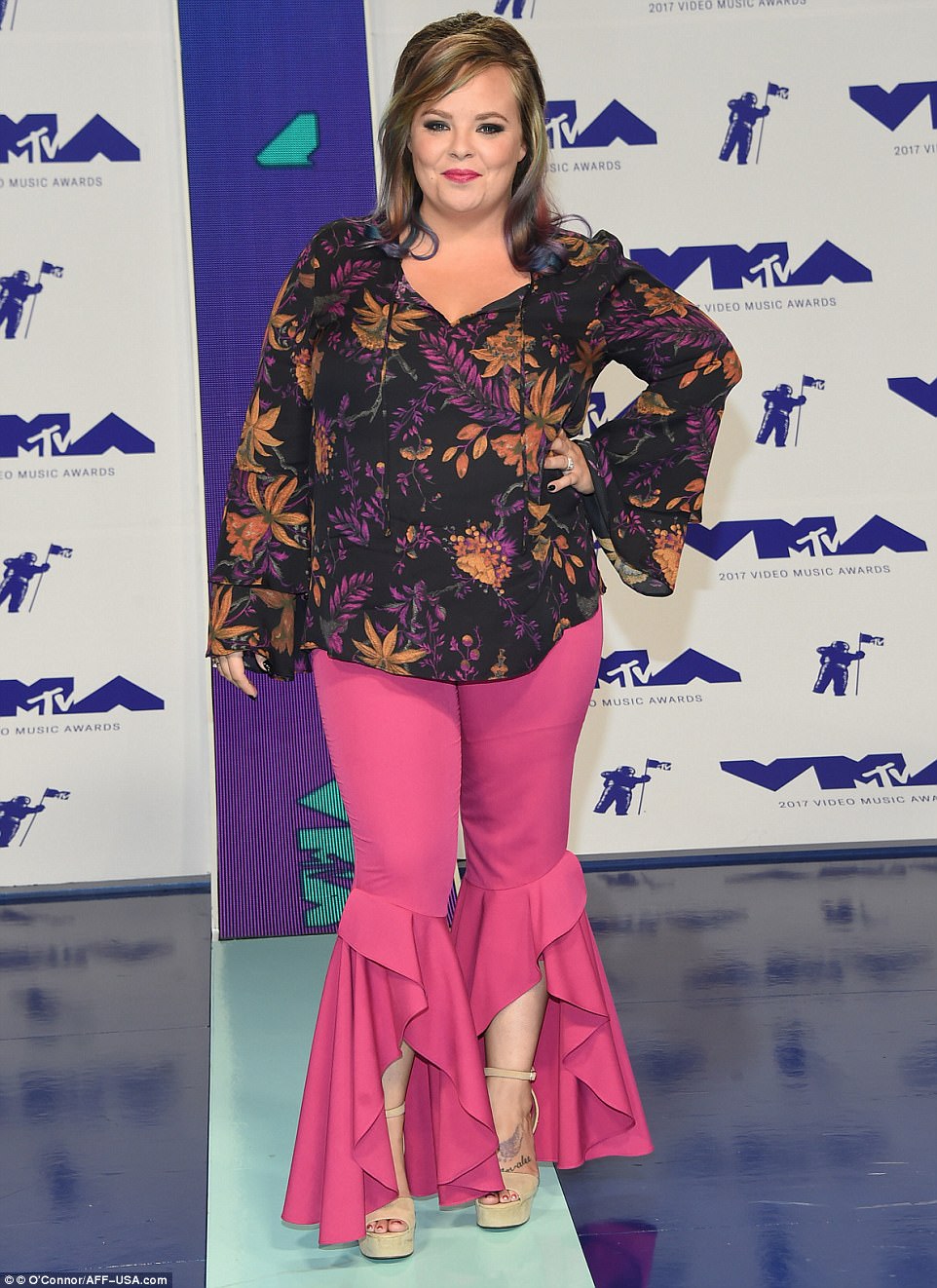 Joining her on the worst dressed list was her Teen Mom co-star Caitlin Valtierra who donned an incredibly ensemble of pink flared, ruffled trousers, and a clashing floral top – both of which did little to complement her figure.

Adding an additional color catastrophe into the mix was her hair, which had been dyed in various rainbow shades and further clashed with her purple and yellow blouse. 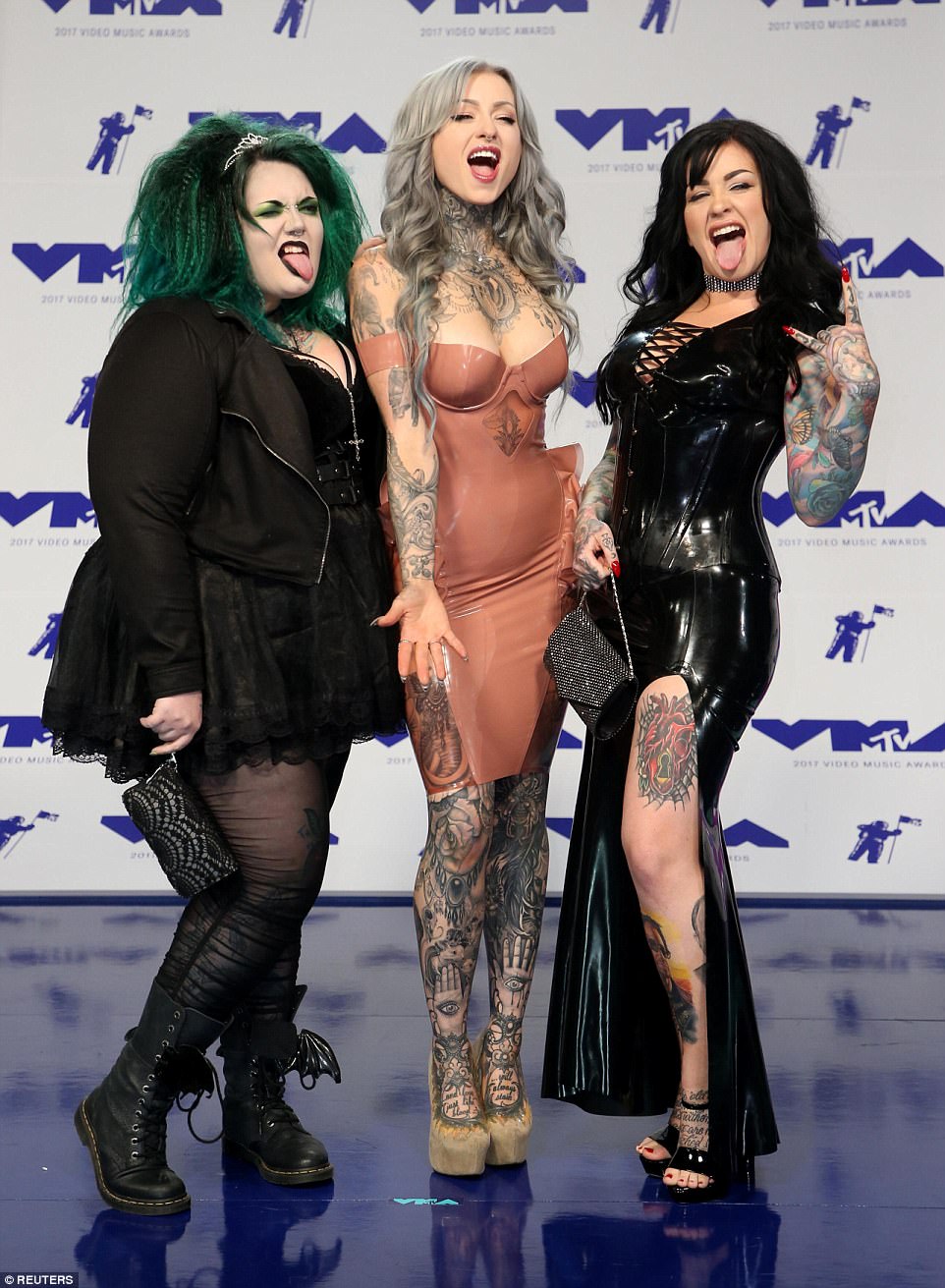 Wrong season! The ladies from reality series Ink Master: Angels looked more like they were attending a Halloween party 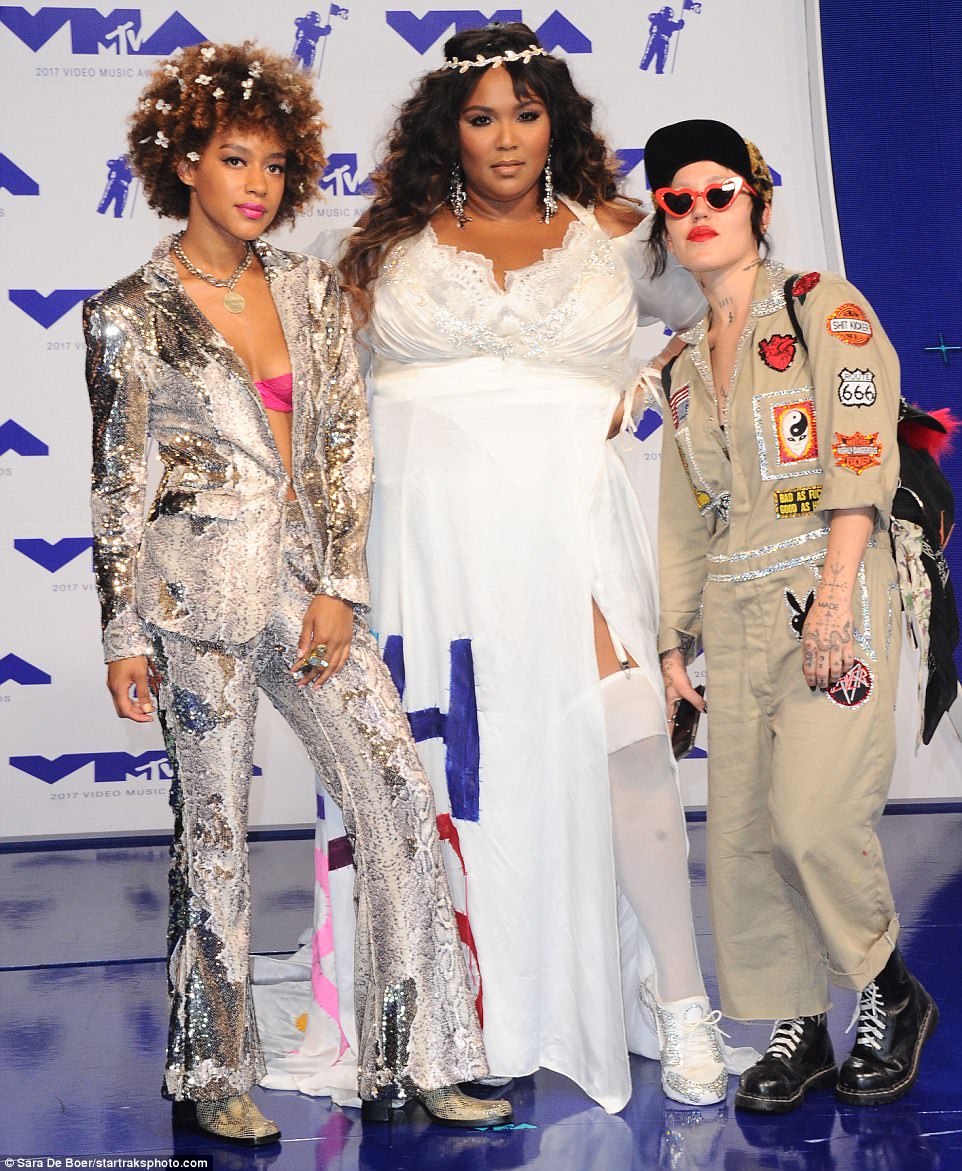 Speaking out: Singer Lizzo (center) was clearly trying to make a point with the words ‘truth hurts’ embroidered on the back of her bridal-style gown, however she and her red carpet companions failed to make a style statement

Put it away! Paris Jackson (left) left little to the imagination, showing off some nude underwear in her very sheer dress, while Vanessa Morgan exposed a whole lot in her dress, which featured slits that went almost up to her stomach 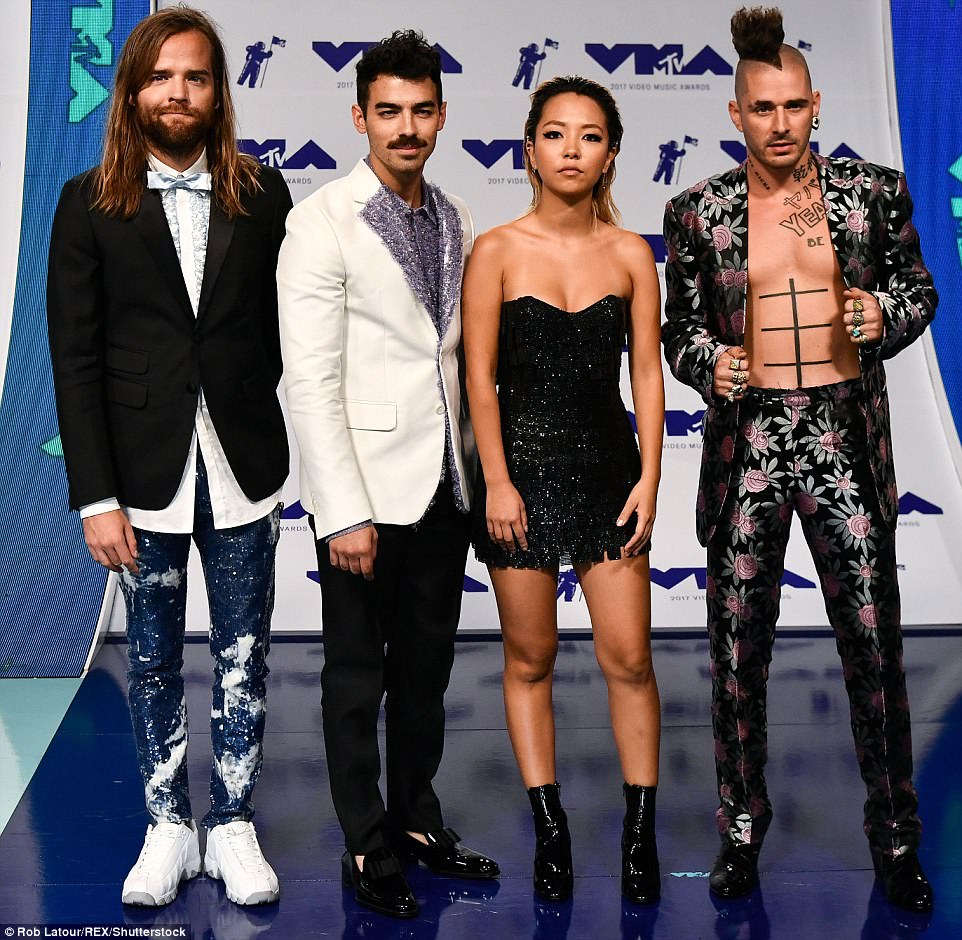 Interesting: The members of pop group DNCE all modeled rather eclectic looks, with Joe Jonas (center left) showing off some rather intriguing facial hair, while bandmate Cole Whittle opted to go without a shirt 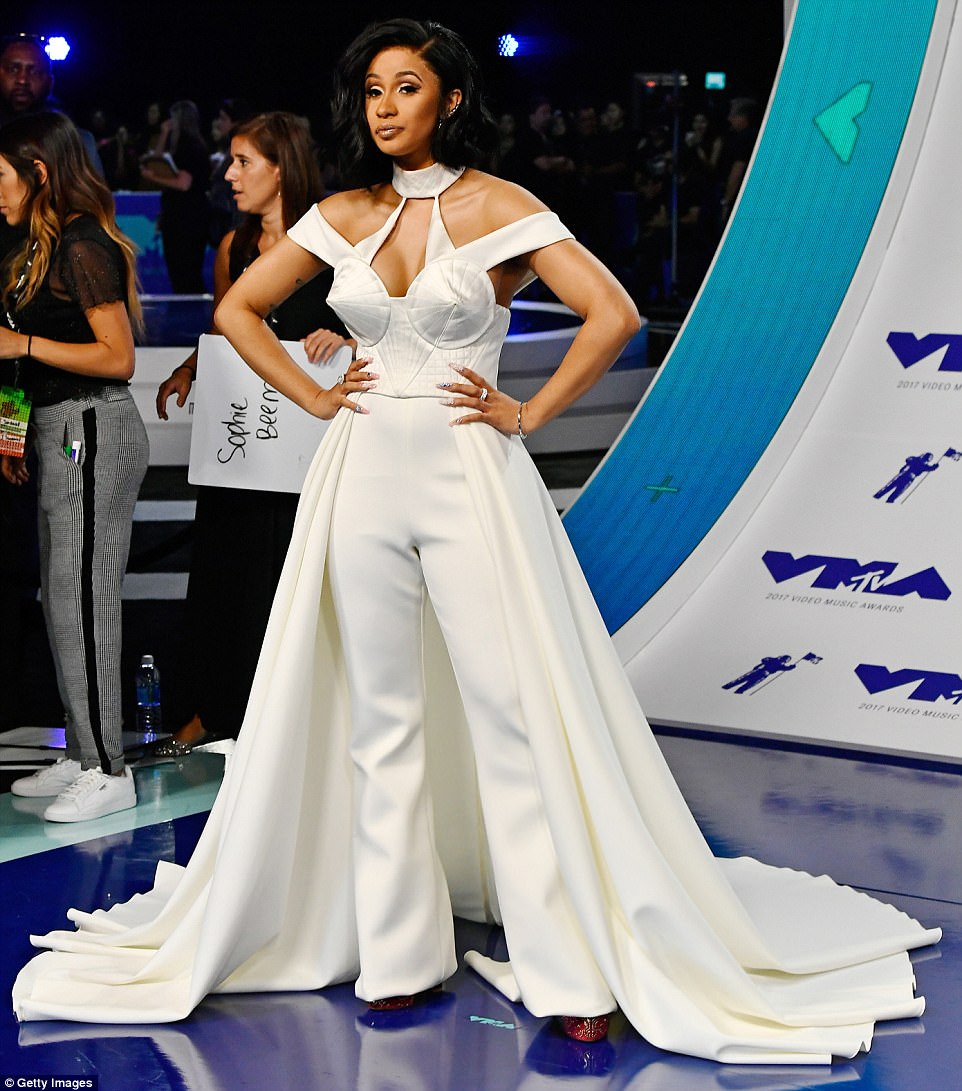 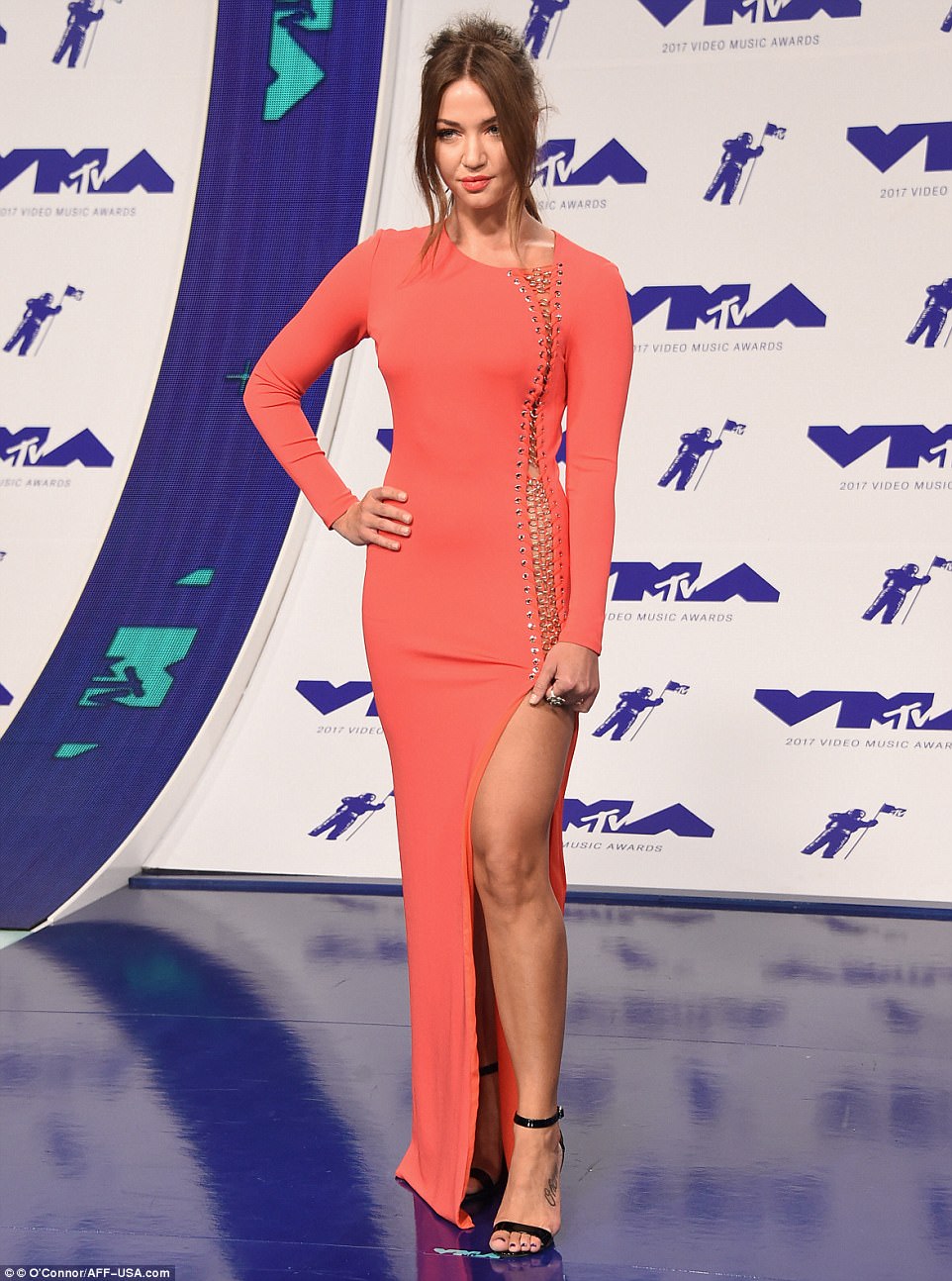 Oh dear: Model and social media star Erika Costell looked awkward in her garish orange dress, which she appeared to be holding shut while posing for the cameras

Back to school: Rapper Lil Yachty, fresh from launching a pop-up pizzeria in New York City, looked more like he was preparing to hit the books than the red carpet 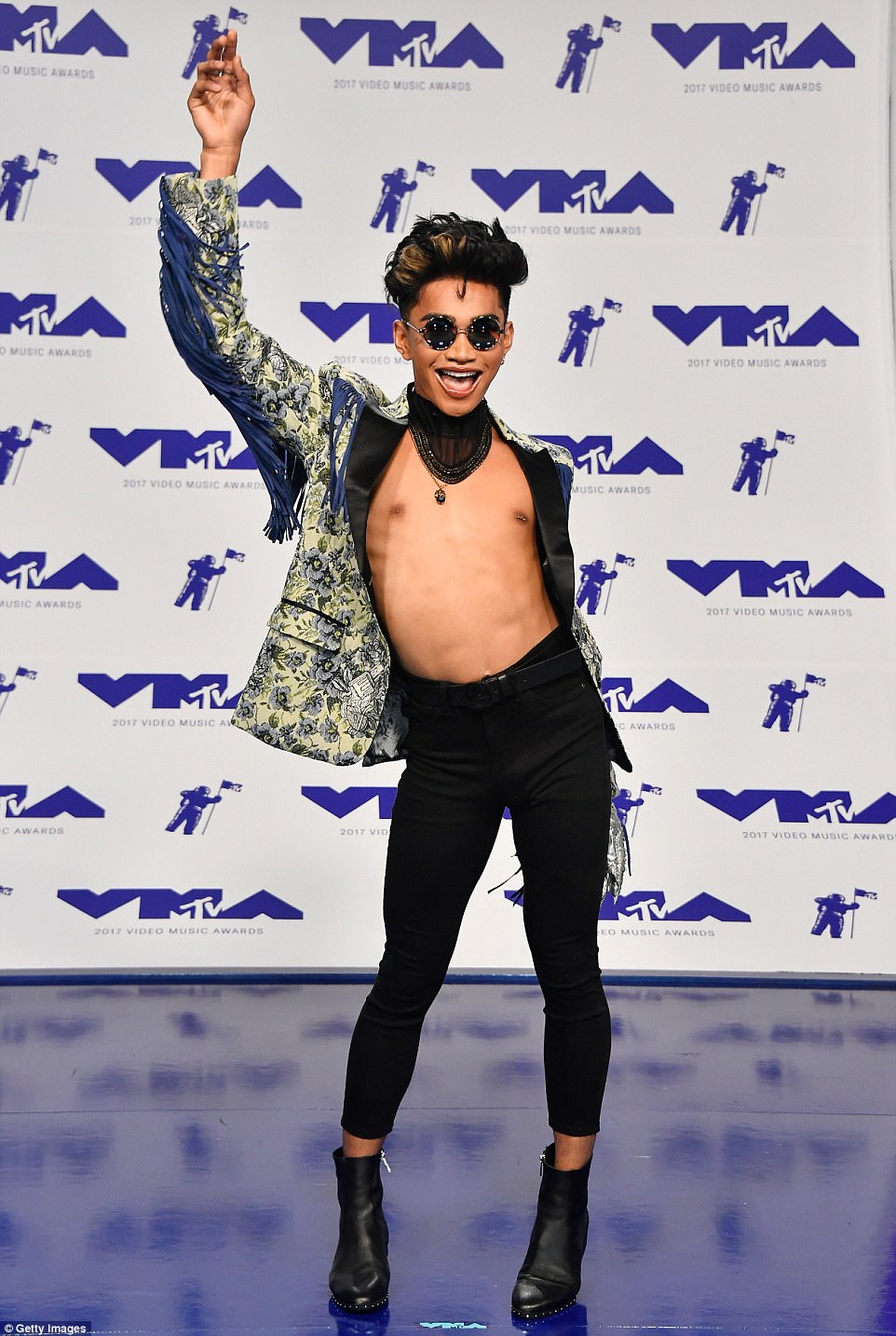 Excited: YouTube star Bretman Rock opted to go without a shirt, and instead wore a tasseled jacket and a statement choker 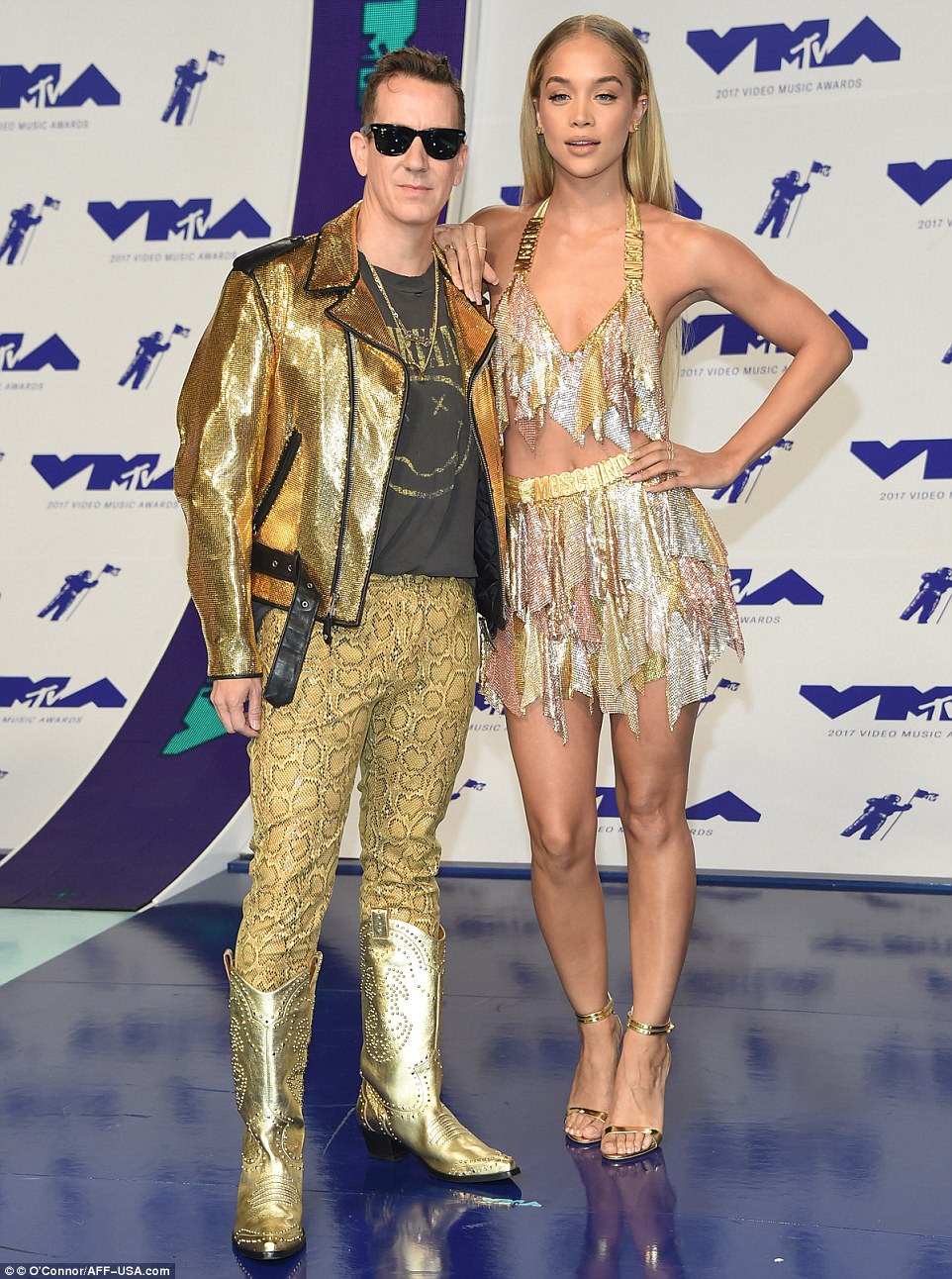 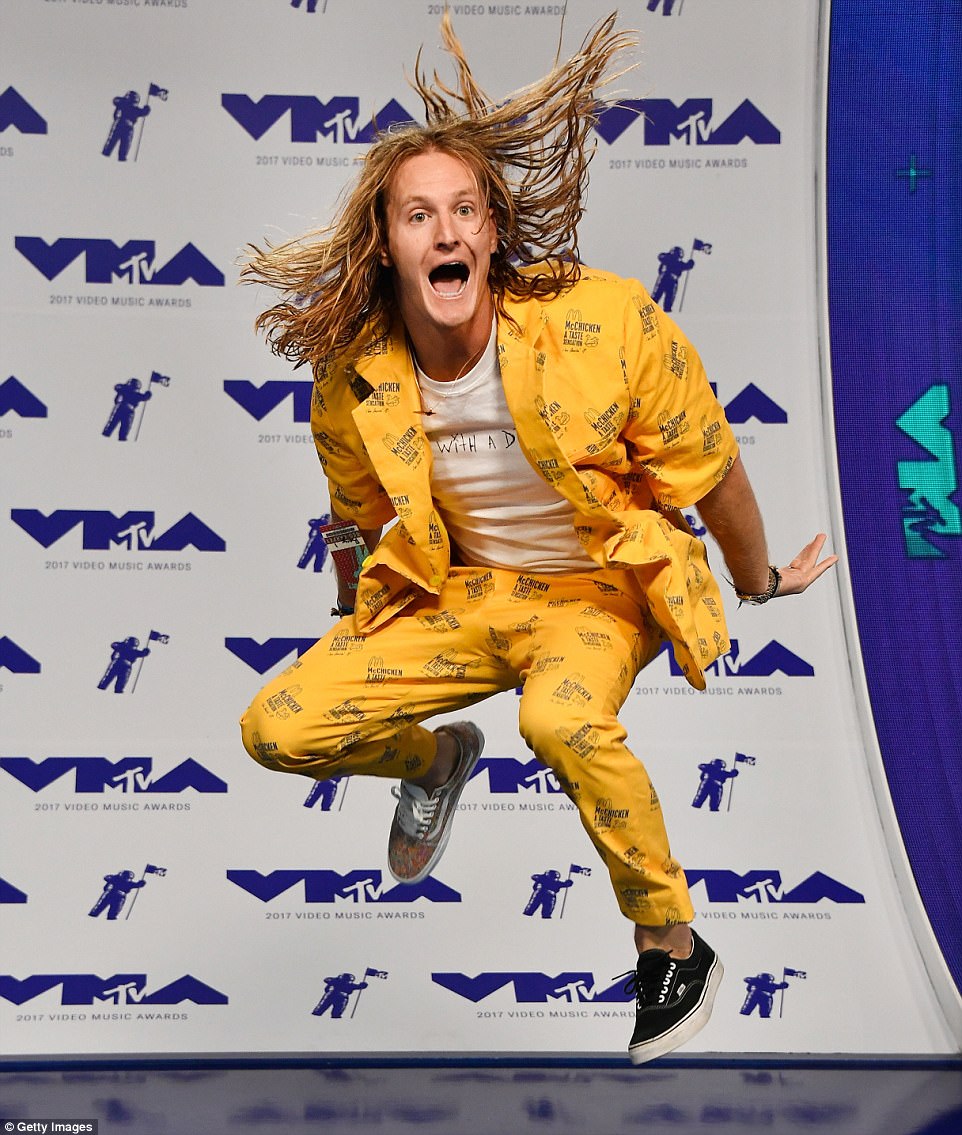 Not lovin’ it! YouTube star Rory Kramer wore a bright yellow, short-sleeved suit that was printed with McDonald’s logos. He paired it with some mis-matched Vans sneakers