‘Where’s my reward at?’ Woman wanted in connection to murder is caught after she commented on Tulsa police’s Most Wanted Facebook post

A woman wanted in connection with a March murder in Oklahoma was arrested after she commented on the police’s ‘Weekly Most Wanted’ post which asked if anyone knew of her whereabouts.

Tulsa Police had put out the request for information about Lorraine Graves, 24, who was wanted as an accessory to murder in the homicide of Eric Graves, 30. It is unclear if the two are related in any way.

On Wednesday, Lorraine responded to the police post by asking, ‘Where’s the reward money at?’ 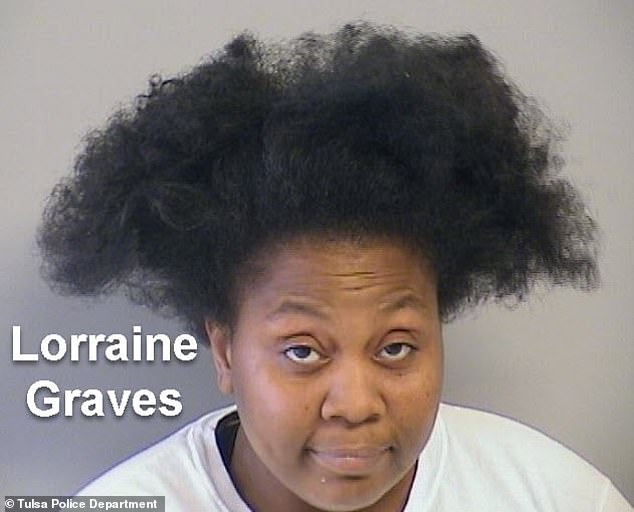 Lorraine Graves’ mugshot after she was processed on Thursday 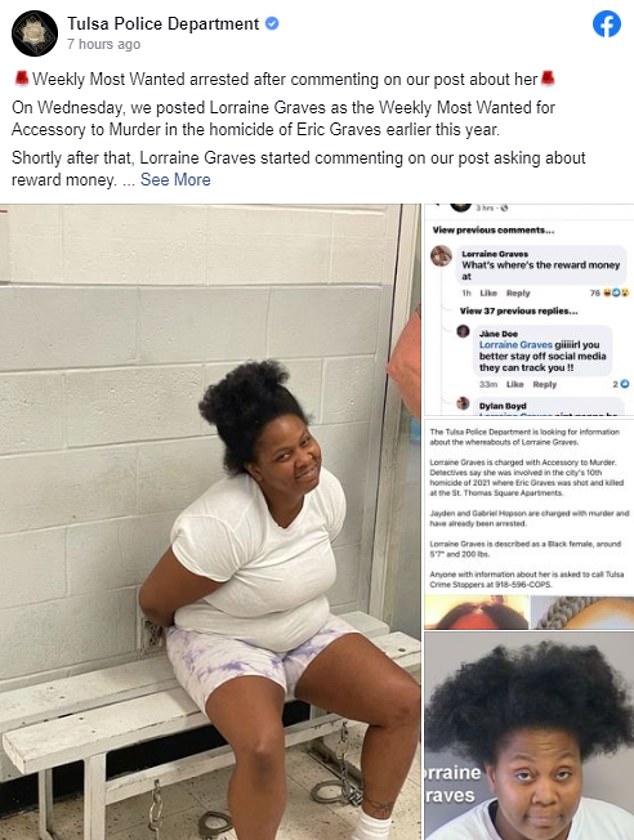 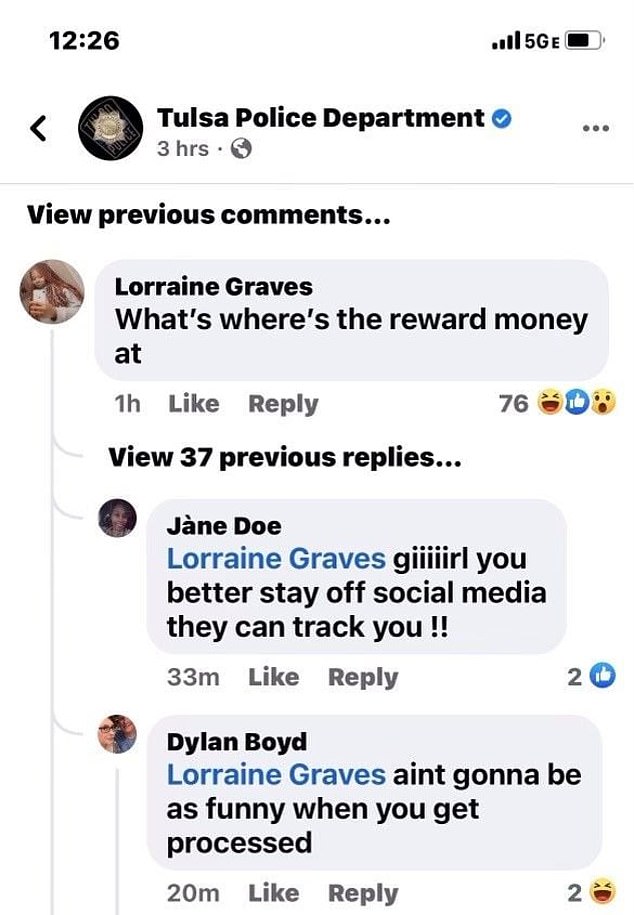 Eric Graves was shot in an apartment on March 13, allegedly by two brothers – 19-year-old Jayden Hopson and 20-year-old Gabriel Hopson.

According to court documents, police found over a dozen bullets in the apartment.

Another victim suffered a gunshot wound to his arm.

Before the shooting, video recorded the Hopson brothers, Eric Graves and an unidentified woman going into the apartment complex where Eric Graves was later gunned down, according to an affidavit obtained by Tulsaworld.com.

Not long after, the video catches the Hopson brothers and the woman leaving and going to a dumpster behind the complex, ‘as though they were hiding something,’ according to the affidavit.

In a police interview, the wounded victim reportedly told officers that Jayden Hopson was upset that the unidentified woman in the video liked Eric Graves, and overheard the Hopson’s plan to ambushing Eric Graves, according Tulsaworld.com.

Tulsa police have not released any other information about what Lorraine is accused of, or her relationship to the victims or the other suspects.

Jayden Hopson and Gabriel Hopson have already been arrested and charged with murder, Tulsa police say. 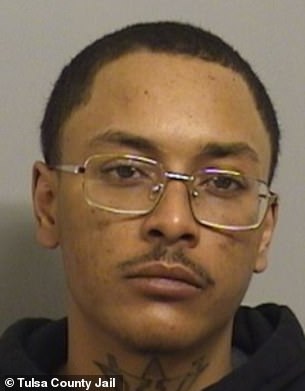 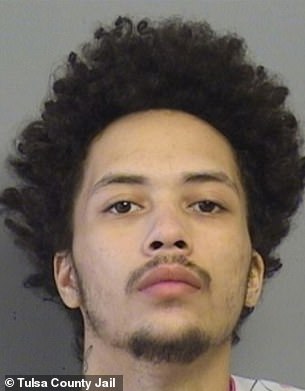 Gabriel (left) and Jaydon (right) Hopson, brothers, were already in custody and charged with murder of Eric Graves in March 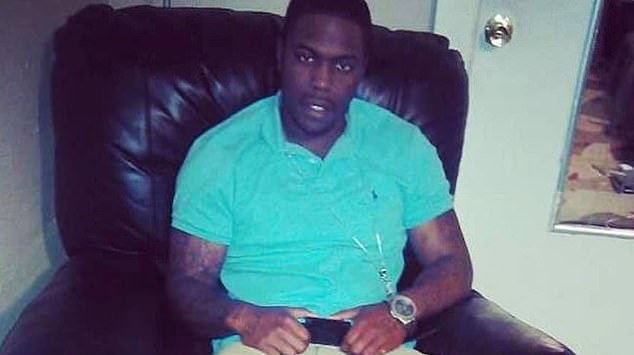 Eric Graves was shot down in a Tulsa apartment in March