A fugitive who slit a man’s throat in a bar and flew out of the country on a private jet the next day said his victim was ‘raring to go’ and ready to attack him, jurors at the Old Bailey heard today.

Shane O’Brien, 31, allegedly slashed Josh Hanson’s neck in an ‘act of pitiless savagery’ at the RE Bar, in Hillingdon, west London in October 2015.

Mr Hanson, from Kingsbury, northwest London, died at the scene from his wounds.

O’Brien fled to Kent in a black VW Golf and stayed in a holiday caravan park in Camber Sands, East Sussex, before flying to the Netherlands the next day. 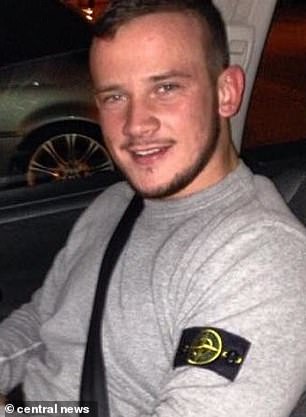 Shane O’Brien brought a knife to the RE bar in Hillingdon, north west London on October 11 2015 when he used it to kill Joshua Hanson, 21 (right), a court heard today 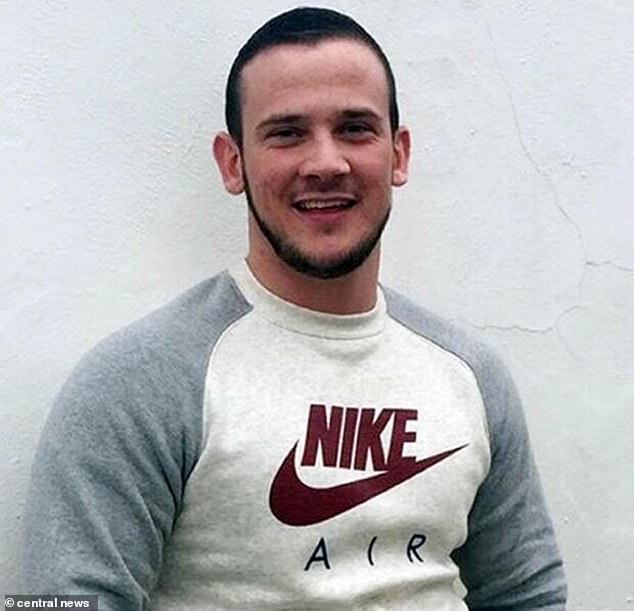 He was finally extradited from Romania to the UK to stand trial in March this year.

Giving evidence O’Brien told the Old Bailey he had spent the evening of 11 October 2015 with friends, drinking and watching the England play Uruguay in the Rugby World Cup.

After watching the game, the group travelled to the RE Bar where O’Brien claimed that Mr Hanson immediately became threatening towards him.

‘In particular Josh sort of stood out the most out of all of them. From the beginning right to the end, amongst our crowd we agreed that it was hostile,’ O’Brien said.

‘Everything was off Josh, Josh was the guy you know. He was the instigator of the whole thing. I would describe the way they made us feel, they was being like discretely aggressive so only us and them would know what was going on.

‘From his posture I would describe him as raring to go, I felt he was ready to attack me. It kept getting worse and worse. It just seemed like something was going to happen,’ he added.

In cross-examination, prosecutor Mark Heywood QC asked on Tuesday: ‘At the time did you see Mr Hanson with a weapon?’ 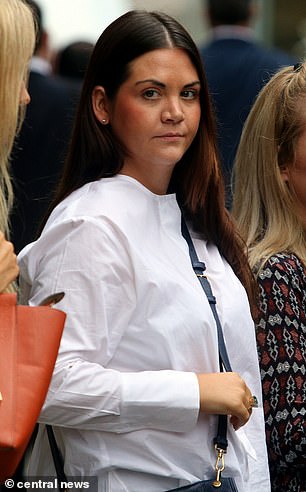 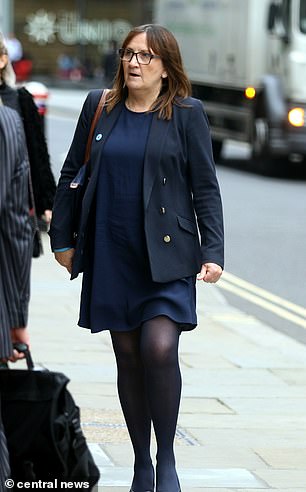 O’Brien replied: ‘I didn’t see him obviously with a weapon. He possibly could have had a weapon and I had seen him passed something shiny.

‘In my mind when I went up to approach him I felt under threat and possibly he could have had a weapon.’

CCTV images played in court showed the moment Mr Hanson arrived at the bar at around 12.45am on Sunday October 11, with footage also showing the pair first passing each other several minutes later.

O’Brien has said they were not aware of each other at that point, but said after he and his three friends sat down it became apparent ‘they wasn’t happy with us sitting at that table’ and that ‘the situation seemed hostile’. 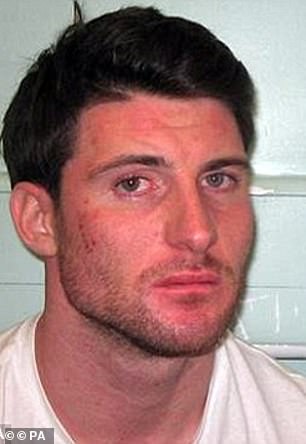 O’Brien is pictured in another mugshot

Jurors have seen video showing the moment O’Brien slashes the council worker in front of his girlfriend shortly after 1am after the bar lights came on for closing time, inflicting a 37cm wound from his left ear to right chest.

As footage around three minutes before the attack was played, Mr Heywood asks: ‘There is no hostility is there? Where was the hostility at this stage?’

Mr Heywood said: ‘It can if you’re looking for it, Mr O’Brien.’

O’Brien told how the lights came on at the end of the evening to signal that it was time for people to go home.

‘I decided in that split second to approach Josh. At that moment I was very fearful, it felt like anything could happen. I said something to him, I can’t remember the exact words but they was along the lines of what’s his problem.

‘I said, ‘|Leave me alone, drop me out.’ Basically saying leave me alone. I would say his expression was smirky, it was more of a smirky, sarcastic reaction. He still kept up the persona.

‘In that moment when I stood up I didn’t have a plan to do anything, I just approached him to sort of stop him in his tracks.’

O’Brien told how he took out a Stanley knife he bought that day to open cardboard boxes and claimed he only meant to scare Mr Hanson with it.

‘I approached him, in that split second it felt like it froze, that moment froze for a second when I made that action, I didn’t mean to connect in any way, I meant to scare him off.

Jurors have heard O’Brien accepts he used the blade to cause Mr Hanson’s death but says he is not ‘criminally responsible’ because he did not mean to kill him.