Murderers who are released back into the community could be strictly monitored for up to a decade under new plans being considered by the government, it emerged yesterday.

At present so-called ‘lifers’ are supervised and forced to attend regular meetings with probation officers when they are freed on licence after completing their minimum tariff or sentence in jail.

But after just four years they can apply to the Parole Board to have their monitoring suspended if they can show they are behaving out of prison.

This means they do not have to check in with the authorities and are only recalled before the courts or sent back to jail if they breach their life licence by committing an offence.

It follows a campaign by Helen Hill (right), the widow of David Irwin (left), who was horrified to learn her husband’s killer, Stuart Pickett, could be free to live unchecked just four years after his release in January 2013

However, the Ministry of Justice yesterday confirmed they have launched a review into whether the minimum period of supervision should be increased from four to 10 years.

It follows a campaign by Helen Hill, 46, the wife of murder victim David Irwin, who was horrified to learn her husband’s killer, Stuart Pickett, 39, could be free to live unchecked just four years after his release in January 2013. She launched an online petition to lobby government to change the rules, which so far has received the support of 15,000 signatories.

‘Ideally, I would like killers supervised for life, no matter how well they behave in the community,’ Mrs Hill, who has since re-married, told the Mail. ‘After all, how is it possible to determine whether someone who has already taken a life won’t pose a risk again.

‘But 10 years of supervision is obviously much better than four, so this review is definitely a step in the right direction.’

Former paratrooper Pickett battered and stamped on Mr Irwin, 30, who worked in a furniture warehouse, as he left a sportsman’s dinner in Hale Village, Merseyside, five days before Christmas 2002.

Mr Irwin was so badly beaten in the random attack that almost every bone in his face was broken. His injuries were so severe that he was unrecognisable to his wife when she visited him in hospital. The couple’s daughter, Mollie, was aged just five, at the time. 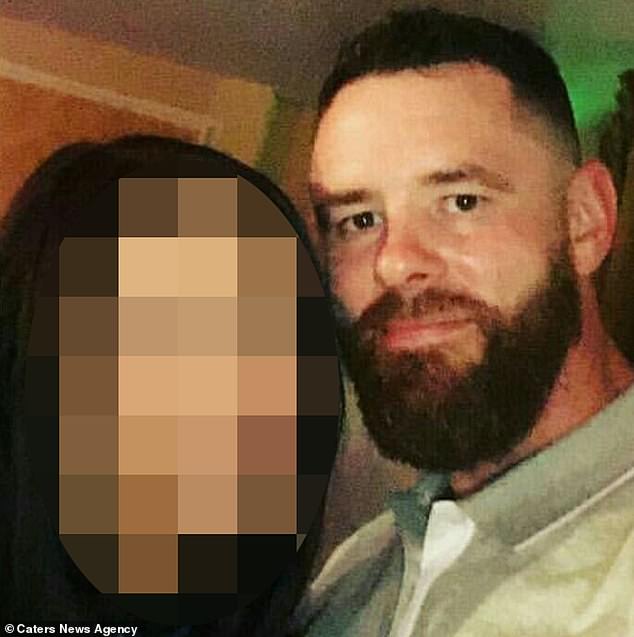 Stuart Pickett was jailed for life at Chester Crown Court and served his minimum ten-year tariff. He has applied for his supervision to be suspended twice since then, but his requests have been refused

Pickett, then 22, was jailed for life at Chester Crown Court and served his minimum 10-year tariff before being released in January 2013. He has applied for his supervision to be suspended twice since then, but both times his request has been refused.

The increase in the minimum period of supervision to 10 years for those murderers who’ve taken the life of an adult puts them on a par with child killers and paedophiles, who are also monitored for a minimum of a decade before being eligible to apply to have their supervision relaxed.

Announcement of the review follows a meeting Mrs Hill had with then Justice Secretary Rory Stewart, Under Secretary of State Edward Argar and her MP, Derek Twigg, in March.

It is also part of a sweeping raft of reforms being carried out by the Ministry of Justice designed to put victims’ families first. Last week Justice Minister David Gauke announced plans for Helen’s Law, which will keep killers who fail to disclose the whereabouts of their victims’ remains in jail for longer. It also follows moves announced in February to allow victims to challenge a Parole Board’s decision to release an offender if they believe the decision is flawed.

Killer drivers are being sentenced to just over five years in jail on average – with many set to walk free after serving just half their term.

In another indictment of ‘soft justice’ Britain, analysis of Ministry of Justice data shows the average sentence last year for causing death by dangerous driving was five years and three months – against almost nine years for manslaughter.

Ministers promised in 2017 to bring in life sentences for the offence, in line with manslaughter. AA chief Edmund King accused the Government of ‘dragging its heels’ and added: ‘Those who kill innocent people while at the wheel should feel the full strength of the law.’ 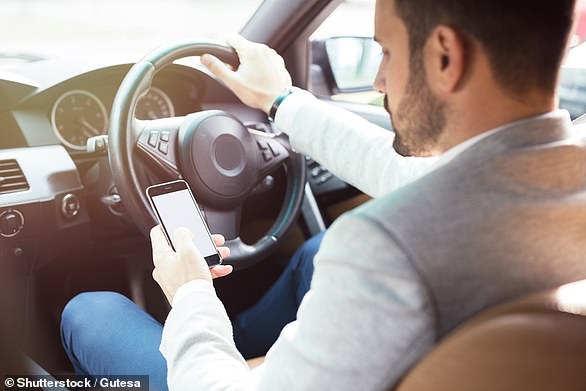 In another indictment of ‘soft justice’ Britain, analysis of Ministry of Justice data shows the average sentence last year for causing death by dangerous driving was five years and three months – against almost nine years for manslaughter (file image)

Mrs Hill, vice chair of SAMM (Support after Murder and Manslaughter) in Merseyside, added: ‘I was totally shocked to learn that Pickett could apply to have his supervision removed after four years. The Probation Service say he will always be on a life licence and will be picked up if he breaches the conditions of his licence, but for me that’s too late. By then he’s already committed a crime.

‘All I want is for no other family to go through what we have. This person is a murderer – it wasn’t a small crime, he took my husband’s life – he savagely and brutally killed him.

‘I’m not saying supervision shouldn’t be relaxed down the line, after 10 or 15 years, and the frequency of meetings with offender management officers perhaps reduced. But taking supervision away altogether is too much of a risk.’

A spokesman for the Ministry of Justice confirmed they had launched the review. He said: ‘Prisoners released on life licence always remain subject to conditions that prevent them contacting victims or entering particular areas and can be recalled to prison at any time. They will only have their supervision requirements suspended if the Parole Board decides that their risk to the public has significantly reduced.’