My chaotic mind fizzes with puns and punchlines

My best friend and my worst enemy — that’s what I call it.

Worst enemy because it’s not fun to be disorganised, to take on too much, to begin tasks but not complete them, to be distracted, to lose concentration or to not follow instructions.

Best friend because it allows me to make the random connections, leaps of logic or imagination that let me live by my wits, see analogies and come up with ideas, puns and punchlines.

Welcome to my world, the world of ADHD — attention deficit hyper-activity disorder.

And straight away, right there, I question the terminology. Attention deficit. The implication that you’re not paying attention — or at least, not enough attention.

I’m paying attention to too many things: my surroundings, the people next to me, the siren on the ambulance in the distance, the phone vibrating in my pocket.

That’s not attention deficit, it’s attention surfeit. A sense of being overwhelmed, of the mind racing ahead, or sideways; a kind of chaos, often a chaos of delight.

I’d also question the word disorder. It’s a condition, fair enough, and sometimes a debilitating one — but a disorder?

At this point, it should be said that most people have had some experience of what it’s like to be overwhelmed.

Picture yourself in an open-plan office: phones ringing, people barking into headsets, messages flooding your inbox, TV screens flashing breaking news on the wall. And you’re up against a deadline. Are you likely to produce your best work in these conditions? I doubt it.

Yet, for a child in a classroom who has ADHD, this is all too often what daily life feels like.

We ALL have moments when we’re trying to do too much. The difference with ADHD is that this is the norm, not a temporary aberration. 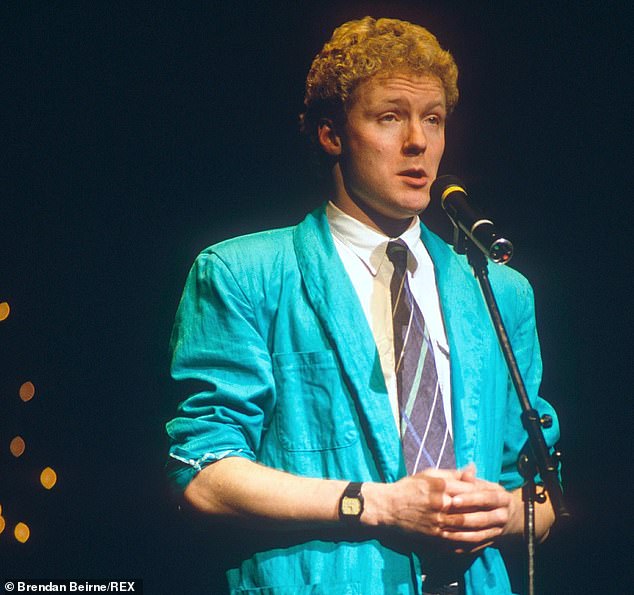 It’s when the sense of being all over the place starts to impair your ability to hold down a job or have a stable relationship, when it wears away at your confidence and self-esteem, when you constantly feel frustrated and misunderstood, that you might acknowledge you need help.

In my own case, it was when a relative of mine was diagnosed with the condition a few years ago that I recognised many traits we had in common.

Suddenly, a lot of things in my childhood made sense. The forgetfulness and disorganisation (my mother called me ‘scatty’); the impetuousness — I once tackled our own centre forward in a football match because I wanted to score a goal (I missed); the tendency to blurt out in class or interrupt.

Sometimes, I want to go back through my life and apologise to the people I’ve annoyed — the classes I disrupted at school, the university seminars I monopolised because I hated gaps of silence and felt the need to fill them.

But I realise that’s just who I was — and, in any case, those past acquaintances I’ve spoken to say I wasn’t really that bad. It’s simply that in my recollection I was worse and I beat myself up about it.

That’s one thing not to do, by the way — beat yourself up about ADHD. It’s what makes you who you are and, in many ways, that’s not a bad thing. 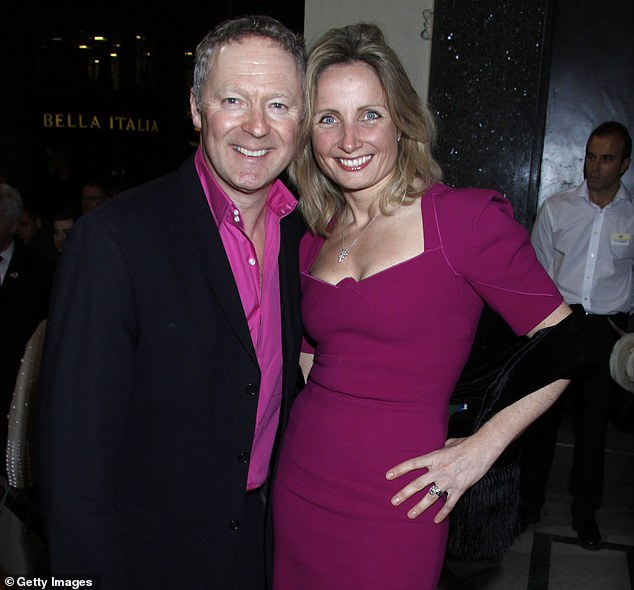 Rory Bremner, who is renowned for his impressions of politicians, pictured with wife Tessa at the press night for The Wizard Of Oz at the London Palladium in 2011

There are many singers (Justin Timberlake, Robbie Williams), performers (Zooey Deschanel, Lee Mack), athletes and Olympians (Michael Phelps, Simone Biles), comedians (most of us, Lee included) who identify with ADHD. Far from eradicating the gene as detrimental, nature actually selects for it.

‘We’re needed,’ the great Professor Eric Taylor, doyen of ADHD research, told me. ‘We’re the ones who eat the poisoned fruit.’

Usually it’s not a question of curing the condition, but of managing it. Realising that it’s an inherent — indeed, an inherited (in most cases) — part of you. It’s about understanding yourself, finding a job or a lifestyle where ADHD is an advantage.

In my case, performing was a natural extension of my teenage irrepressibility. Impetuousness is a valuable, even essential, part of a comedian’s psyche.

If you don’t have a filter, you’ll get to the joke quicker; your brain won’t repress the instinct.

This was brought home to me scientifically when studying brain images with Katya Rubia, a professor of cognitive neuroscience at King’s College London.

If you look at the brain scan of a ‘typical’ nine-year-old, you’ll see areas of the brain — specifically the anterior cingulate cortex — that are already mature. Look at the brain of a nine-year-old with ADHD and these same areas are noticeably underdeveloped, like a jigsaw puzzle with half the pieces missing.

Crucially, the lagging parts regulate impulsivity and inhibit inappropriate responses — essential abilities in many areas of life. In comedy, though, such abilities are arguably a handicap.

There is a second feature common to those with ADHD that can mitigate the debilitating aspects of the condition: hyperfocus.

Just as ADHD-ers tend to drift while doing tasks that do not engage us, when we find an activity fascinating, we can focus on it to the exclusion of everything else (including any sense of time).

We can be utterly absorbed and spend hours on something if our brain is stimulated and our dopamine levels high.

I’ve learned to live with ADHD, partly by having a career in which it gives me an advantage. But what of others, especially children and teenagers struggling with an often undiagnosed condition?

Typically, the problem manifests in behaviour: hyperactivity, restlessness, impetuosity. A classroom is not an easy environment for these traits, so many kids find themselves labelled disruptive.

This can lead to exclusion and, in turn, to the danger of getting in with a bad crowd, self-medicating with drink or drugs, and ending up in the criminal justice system: from classroom to courtroom. (Analysis by Dr Susan Young, a clinical psychologist at Imperial College London, suggests that at least 26 per cent of those in prison or young offenders’ custody may have ADHD.)

There is still a stigma attached to children with ADHD by those who simplistically dismiss them as ‘naughty children’ or their family as ‘bad parents’.

Don’t get me wrong: there are naughty children and there are bad parents, but what we are talking about is manifestly different, and teachers and health professionals should be able to spot that difference.

As UNDERSTANDING of the condition increases and stigma decreases, it may be possible to find ways to educate and inspire these children, often gifted, boundlessly energetic and imaginative.

Meanwhile, treatment to manage the condition centres on medication, coping strategies and counselling — ideally, all three.

Medication (particularly Ritalin) still receives bad press even though it has evolved, and is subject to greater scrutiny than most other medicines and yet has proved, in many cases, to be effective.

Instantly, too: I’ve heard it being described as ‘like putting on a pair of glasses’. A friend told me it had saved his marriage, helping him to focus and control the puppy in his head, to be more empathetic and to better manage his work.

I tried medication once, for a documentary, and noticed only that it slowed my reflexes a little, calming me when I actually needed to be stimulated and alert to the ideas cascading in my head. ‘In that case,’ said a specialist, ‘you maybe shouldn’t use it for shows, but go back on it when you’re doing your tax return’.

The greatest change in attitudes to ADHD will come through understanding that a child, a teenager or an adult who has ‘a Ferrari brain and bicycle brakes’ (as psychiatrist and ADHD expert Dr Ned Hallowell described it once) may not be ‘bad’, but simply different.

I recently met a businessman whose daughter had struggled with ADHD. Yet she graduated from university and became an excellent and loving mother.

I asked him how he and his wife had coped with all the hard years. He could have told me of all the battles and pain. Instead, his reply, in all its simplicity, is still the best advice I’ve heard.

ADAPTED from What Doesn’t Kill You: Fifteen Stories Of Survival edited by Elitsa Dermendzhiyska, published by Unbound, £9.99. © Rory Bremner 2020.