Mysterious message in a bottle is traced back to its sender after a two-year 3,000km journey

Mysterious message in a bottle is traced back to its sender after a two-year 3,000km journey

A mysterious message in a bottle has been traced back to its sender after a 3,000km journey.

The bottle and handwritten message thrown into the ocean two years ago in Tasmania was found by a man at Shoalwater Bay in Queensland.

The letter was written in 2016 by high school student Ella Dignay, now in year eight, and was found by caretaker Joe Simpson.

‘Dear Finder, My name is Ella  and I go to Sacred Heart Catholic Primary School,’ the letter said.

‘…I’d like to congratulate you for finding this bottle.’

Mr Simpson, who found the washed up bottle on the shore, said he had to break the bottle to read the message.

He was surprised to see the sender was from Tasmania, and realised the bottle had been on a two-year journey, through the Bass Strait past Sydney. 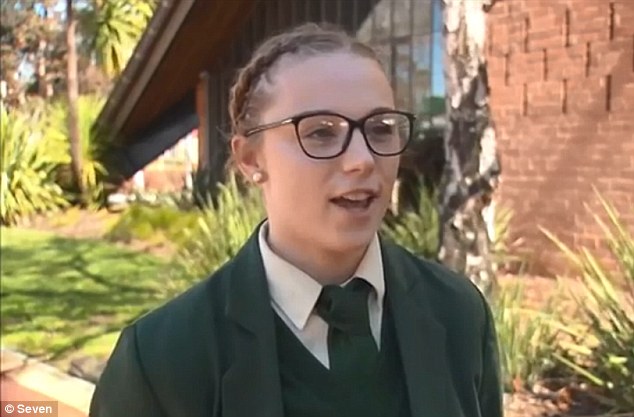 The letter was written for a school project, which was then thrown into the Bicheno waters in Tasmania’s east

‘It’s just amazing, from the south end of Tasmania all the way up to the east coast of Australia,’ said Mr Simpson.

Ella was initially in disbelief when she realised her message had a receiver until her friend notified her saying her letter had been posted about on Facebook.

The letter was written for a school project, which was then thrown into the water from a fishing boat in waters near Bicheno, in Tasmania’s east. 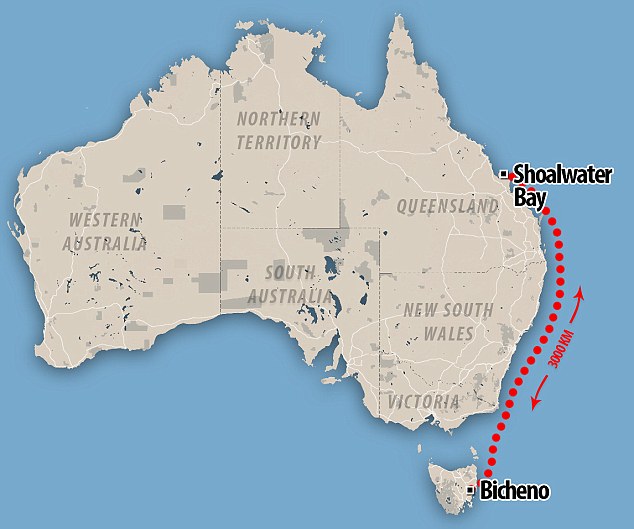