NASA’s Perseverance rover has officially started its search for ancient life on Mars and the US space agency will share the initial findings on Wednesday.

According to a NASA statement, the $2.7 billion rover is using its seven-foot mechanical arm to analyze Martian rocks with X-rays and ultraviolet light.

This allows the rover to ‘zoom in for closeups’ of tiny segments of rock that may show signs of microbial activity in the past.

Known as PIXL (Planetary Instrument for X-ray Lithochemistry), the X-ray instrument on the arm ‘delivered unexpectedly strong science results’ while it was still being tested, a period that lasted 90 sols (Martian days), according to Abigail Allwood, PIXL’s principal investigator at NASA JPL.

NASA’s Perseverance rover has started its search for ancient life on Mars. A news conference will be held on Wednesday at 1 p.m. EST to discuss the results 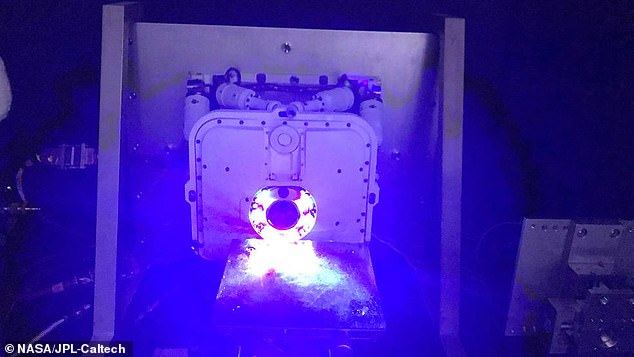 PIXL, one of seven instruments aboard NASA’s Perseverance Mars rover, is equipped with light diodes circling its opening to take pictures of rock targets in the dark

‘We got our best-ever composition analysis of Martian dust before it even looked at rock,’ Allwood said.

Along with PIXL, all of the tools on Perseverance’s arm are designed to look at the rocks in the 28 mile-wide Jezero Crater, which many scientists believe was home to a lake billions of years ago. 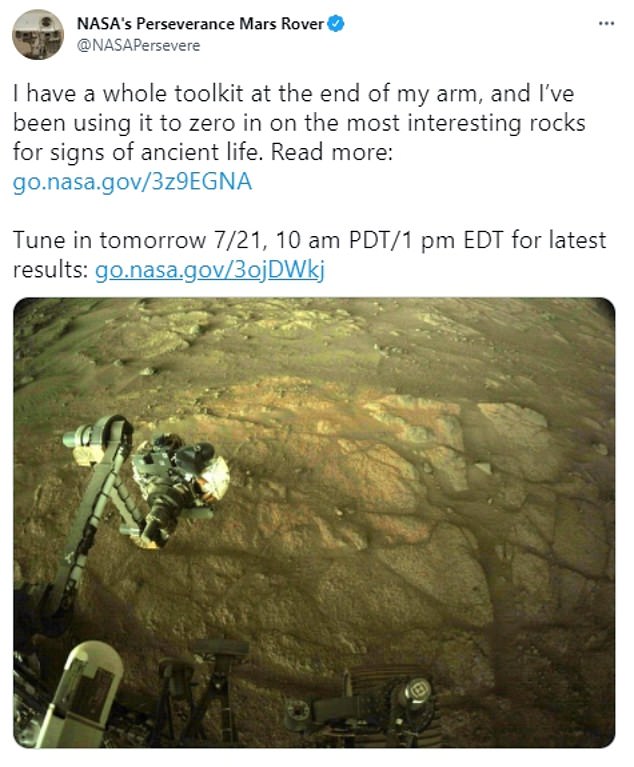 ‘If life was there in Jezero Crater, the evidence of that life could be there,’ Allwood added.

NASA will hold a news conference on Wednesday, starting at 1 p.m. EST to discuss the early results, the US agency said in a separate statement.

One of the other tools on Perseverance’s robotic arm, known as SHERLOC (Scanning Habitable Environments with Raman & Luminescence for Organics & Chemicals), uses an ultraviolet laser to identify the minerals in the rock.

Its partner, the aptly named WATSON (Wide Angle Topographic Sensor for Operations and Engineering) camera, snaps closeup images (including an image of a rock known as ‘Foux’ on July 11) which allows scientists to get granular detail, such as grain size, texture and how round the rocks are.

These details can all help determine when the rock was formed and give additional context on the crater itself.

‘That does tell us a lot about the early days of Mars, and potentially how Mars formed. If we have an idea of what the history of Mars is like, we’ll be able to understand the potential for finding evidence of life.’ 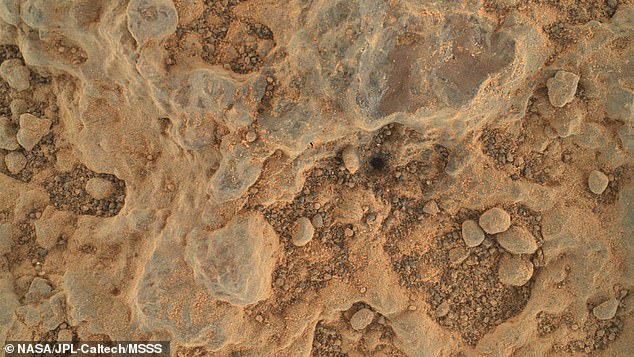 Perseverance’s shift to science missions started on June 1 as it moved away from its touchdown zone, known as the Octavia E. Butler landing site, in the 28 mile-wide crater, where it landed on February 18.

As part of its science mission, expected to last ‘hundreds of sols’ or Martian days, it will study two unique geologic areas in the 1.5 mile-wide area of Jezero’s floor: the ‘Crater Floor Fractured Rough’ and ‘Séítah.’ 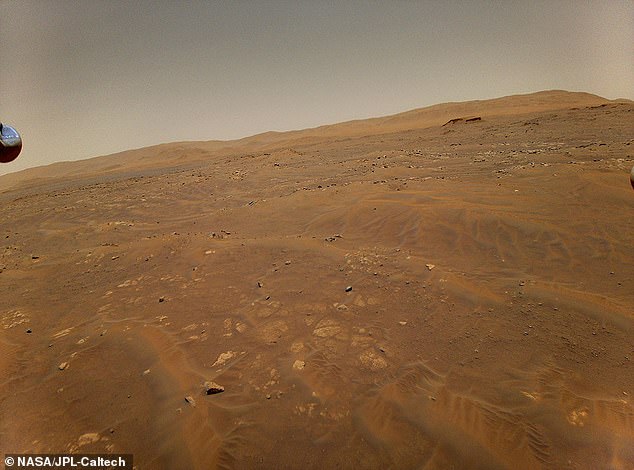 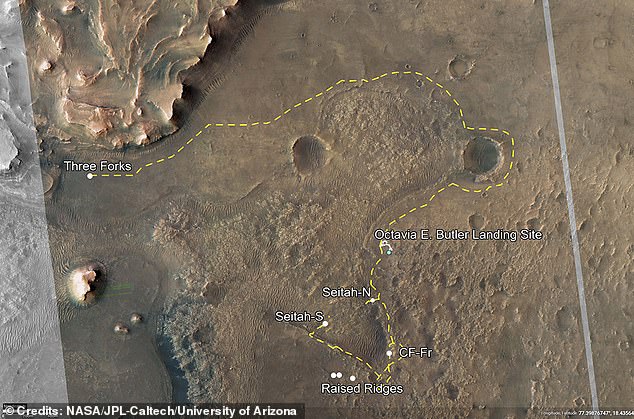 In addition to searching for signs of ancient microscopic life, the rover will study the Crater’s geology and look for signs of past habitability.

It will also collect rock and sediment samples, which the US space agency said it will discuss on Wednesday as to how it intends to bring these samples back to Earth for further study.

In March, scientists suggested that a significant portion of the water on Mars, perhaps as much as 99 percent, could be hiding in the planet’s crust.

Once the first science mission is complete, Perseverance will go back to its landing site, driving up to more than 3 miles.

From there, it will head north to Jezero’s delta region, an area that could have a plethora of organic minerals that could show fossilized signs of ancient life.

In June, Perseverance celebrated its 100th Martian day, celebrating its biggest achievements including making oxygen ‘out of thin air’ and capturing Ingenuity’s flights.